Rafting companies from Hungary and Slovakia complained that Slovenian companies enjoyed cheaper and longer access rights to a river in Slovenia. Not only were foreign companies charged more but they also had to buy daily permits to provide their services there.

Thanks to SOLVIT, the discriminatory rules were changed and foreign companies can now operate under the same conditions as local companies.

Solving this problem took longer because it required a change in the rules.

Company from Liechtenstein able to provide transport services in Italy

The company was legally established in Liechtenstein and the staff had the required firearm permits under EU law.

But the Italian authorities told the company that they could not provide their services in Italy because they were established in a country that didn't belong to the EU.

SOLVIT intervened to clarify that even though Liechtenstein was not a member of the EU, they had signed agreements with the EU that put them on an equal footing with EU companies in this case.

The authorisation to transport cash across Italy was issued after 1 week.

A Swedish manufacturer of mobile cleaning pumps for swimming pools could not sell his products in France.

The machines complied with European standards but French rules imposed a maximum voltage of 12V (AC) when people are in the pool.

SOLVIT was able to clarify that the French rules applied to fixed cleaning pumps but not to mobile ones for use only when there was no one in the pool.

Following SOLVIT's intervention, the Swedish manufacturer got the green light to sell the products in France.

More on: Selling goods in the EU 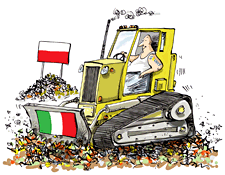 Under a new rule in Poland, an Italian company operating 4 landfills had to apply for authorisation to continue operating in one of the landfills.

The Polish authorities refused to grant the authorisation arguing that the landfill failed to meet the appropriate environmental standards. This was in spite of the fact that the company's operations had already received the approval by the Polish environmental authorities.

Thanks to SOLVIT's intervention, the company obtained the required authorisation. 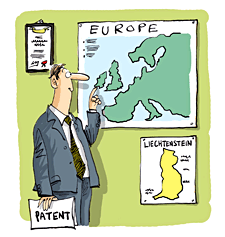 Subsequently, Irish rules were also changed to make sure that members of the EEA could register European patents without problems. 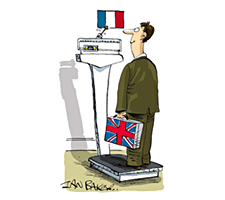 A British company manufacturing medical scales wanted to expand into France. The company was already selling in several EU countries and its product complied with EU rules.

But the French authorities wouldn't allow the company to sell the scales in France and requested additional tests.