Two years ago, Decision 1082/2013/EU on serious cross-border threats to health was adopted, with the requirement that a report on its implementation be given to the European Parliament and the Council by November 2015, and every three years after that.

The first such report, adopted 7 December 2015, outlines both strengths and weaknesses, but in general found that implementing the Decision "had improved health security in the EU and the protection of the Union's citizens from communicable diseases and other biological, chemical and environmental events."

The Decision requires Member States to regularly report on their state of preparedness, which strengthens EU co-ordination and provides for better coordination of risk management.

The Decision also provides for risk assessment and management of cross-border health threats that are not communicable diseases, helps to develop and implement the joint procurement of medical countermeasures and provides a solid legal mandate to the Health Security Committee.

Such advances are sometimes only possible when we learn from previous difficulties. The Joint Procurement Agreement for the Provision of Medical Countermeasures and Vaccines, for example, stemmed from facing a shortage of vaccines during the H5N1 avian flu epidemic in 2005/2006.  And the European Medical Corps, to be launched on 15 February 2016, is also a result of the difficulties we faced in fighting Ebola in mobilizing health personnel to the affected countries.

But new challenges always arise, some out of the blue, others looming in the background. The current Zika Virus outbreak is a good example. Antimicrobial Resistance has also been on our radar for years and is one of the biggest threats we've ever faced in the public health field.  We are currently in the final year of the Commission's 5-year Action Plan to combat AMR and while progress has been made, there is still much more to do.

That's why the Commission helped co-organise the first ever trans-Atlantic workshop discussing clinical trial networks in the field of antimicrobial resistance on 22 January 2016, and why we hailed this week's Ministerial Conference on Antimicrobial Resistance organised under the Dutch Presidency on 9 and 10 February 2016.

The Commission meantime is analysing its next strategy for AMR in the coming years, which will also complement the Global Action Plan of the World Health Organization.

The next implementation report on Decision 1082/2013/EU will be made at the end of 2018.  What's written in that report –  reflecting  how well we fared in combatting AMR and other serious cross-border health threats – very much depends on how effective we are in reinforcing preparedness and response to these threats not only at EU level but also internationally.

Article 4(2) of Decision 1082/2013/EU requires Member States to update the Commission about their preparedness and response planning at national level. The information provided is outlined in this report adopted on 7 December 2015.

In the Council conclusions on ‘Lessons learned for Public Health from the Ebola outbreak in West Africa — Health Security in the EU', published 17 December 2015, the Decision was called a "solid framework to tackle future public health crises" that helped the EU to respond to Ebola.

The text was published in the Official Journal of the EU, making it legally binding.

Commission working closely with WHO to respond to Zika virus outbreak

The WHO declared the Zika virus outbreak a "Public Health Emergency of International Concern"on 1 February 2016. Decision 1082/2013/EU helps the Commission to ensure that EU governments are prepared.

The 9 – 10 February 2016 conference in Amsterdam brought together Ministers of Health and Ministers of Agriculture, and emphasized the need for a ‘One Health’ approach.

2015 Meeting of the Transatlantic Taskforce on Antimicrobial Resistance

The 22 and 23 October 2015 in Luxembourg marked another important step in strengthening international cooperation.

Campylobacter and Listeria infections still rising in the EU

Quality Action, a three-year joint action co-funded by the EU under the second Health Programme, involved 45 partner organisations from 26 Member States. Over 100 participants attended the 26-27 January conference in Berlin to share best practices and experiences.

Highest number of new HIV cases in Europe ever

Over 142 000 people were diagnosed in 2014, the highest number of newly diagnosed infections in one year since WHO Europe began reporting in the 1980s. 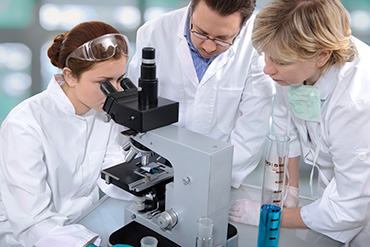 The general objective of FastVac is to produce a comprehensive set of predictive rules that will enable accelerated development, evaluation, production and release of emergency vaccines.

SHIPSAN - The impact on maritime transport of health threats due to biological, chemical and radiological agents,including communicable diseases