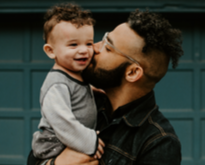 To mark the World population day on 11 July, Eurostat releases today the interactive publication Demography of Europe containing dynamic visualisations and short texts. Here are a few highlights from the publication:

These are just some snapshots of the content of this publication. Have a look yourself, read more and play around with the visualisations:

The publication will be demonstrated and there will be a question and answer session on demographic data - follow the launch event live!