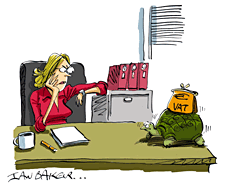 A Portuguese fashion industry association asked the Italian tax authorities to get its VAT refunded for various fashion fairs in Italy.

When applying for refund, the Portuguese association sent the original invoices to the Italian tax authorities as required.

Upon the intervention of the SOLVIT centre in Italy, the authorities sent the original invoices back to the applicant.

Slovene gets tax on savings refunded

A Slovenian national working and living in Spain applied for a refund for tax on his savings (€207.86), which had been automatically withheld by his bank.

But the Spanish authorities did not refund the amount – in contravention of EU law designed to stop double taxation of savings income.

After SOLVIT's intervention, the Spanish authorities refunded the amount held by the banks.

A French company requested a VAT refund from the German authorities – but the request remained unanswered for 10 months.

Thanks to SOLVIT's intervention, the procedure was speeded up and the company received the amount it had asked for. 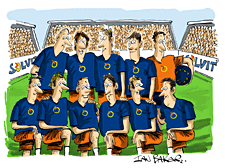 The club claimed a VAT refund from the Romanian authorities, but 8 months later had still received no reply.

After SOLVIT's intervention, the Romanian tax authorities refunded the VAT.