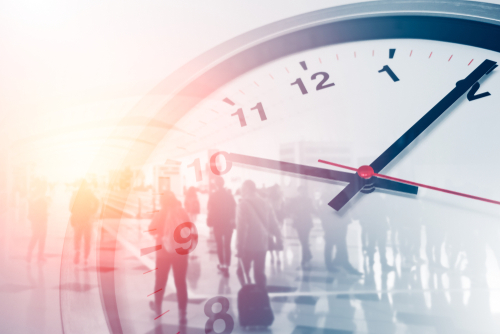 What are the Harmonised European Time Use Surveys?

The main survey instruments are a household questionnaire, an individual questionnaire and a time-use diary in which respondents are asked to record their daily activities in 10-minute time slots. HETUS is held about once a decade on the basis of a gentlemen's agreement between participating countries and Eurostat.

So far, there have been 2 rounds of Harmonised European Time Use Surveys:

The HETUS 2020 round is ongoing. The methodological manual, the main document with guidelines on harmonised data collection, was completed in early 2019 and was published as a re-edition in 2020. Around 20 countries plan to conduct a time use survey (TUS) during round three.

Participating countries followed the methodological guidelines for the 2000 and 2010 rounds, using standardised survey designs and statistical classifications as far as possible. This means the resultant data should be largely comparable across countries. Moreover, the main components of the survey were kept stable over time, largely ensuring cross-time comparability. HETUS 2010 should thus be generally comparable with HETUS 2000.

However, HETUS collects detailed information on aspects of people's social lives only once a decade. Comparability over time is thus problematic, as many activities become obsolete during this period and are replaced by new ones. Moreover, the data collection period varies considerably across countries: in round 2 (2010), national data collection spans over 8 years (2008-2015).

Like any survey, time use surveys are based on representative population samples. Their results are therefore subject to the usual types of errors associated with random sampling. The accuracy of the results depends on the sample size, sampling design effects and the structure of the population under study. In addition, non-sampling errors need to be taken into account. For HETUS in particular, national statistical institutions (NSIs) decided the sampling size and design on the basis of their own precise needs. Sampling designs and sample sizes thus differ quite considerably from one country to another.

In the first quarter of 2019, Eurostat issued updated recommendations on further standardisation of HETUS. The corresponding HETUS 2018 guidelines for round three include – for the first time – a detailed variable transmission list approved by the Working Group TUS, comprising representatives of Eurostat and EU countries.

Find out about HETUS in your country 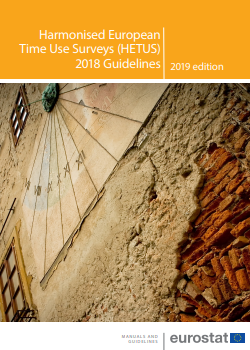 Learn more about measuring time use

The harmonisation efforts for the European Time Use Surveys are explained in detail in the HETUS 2018 Methodological Guidelines.