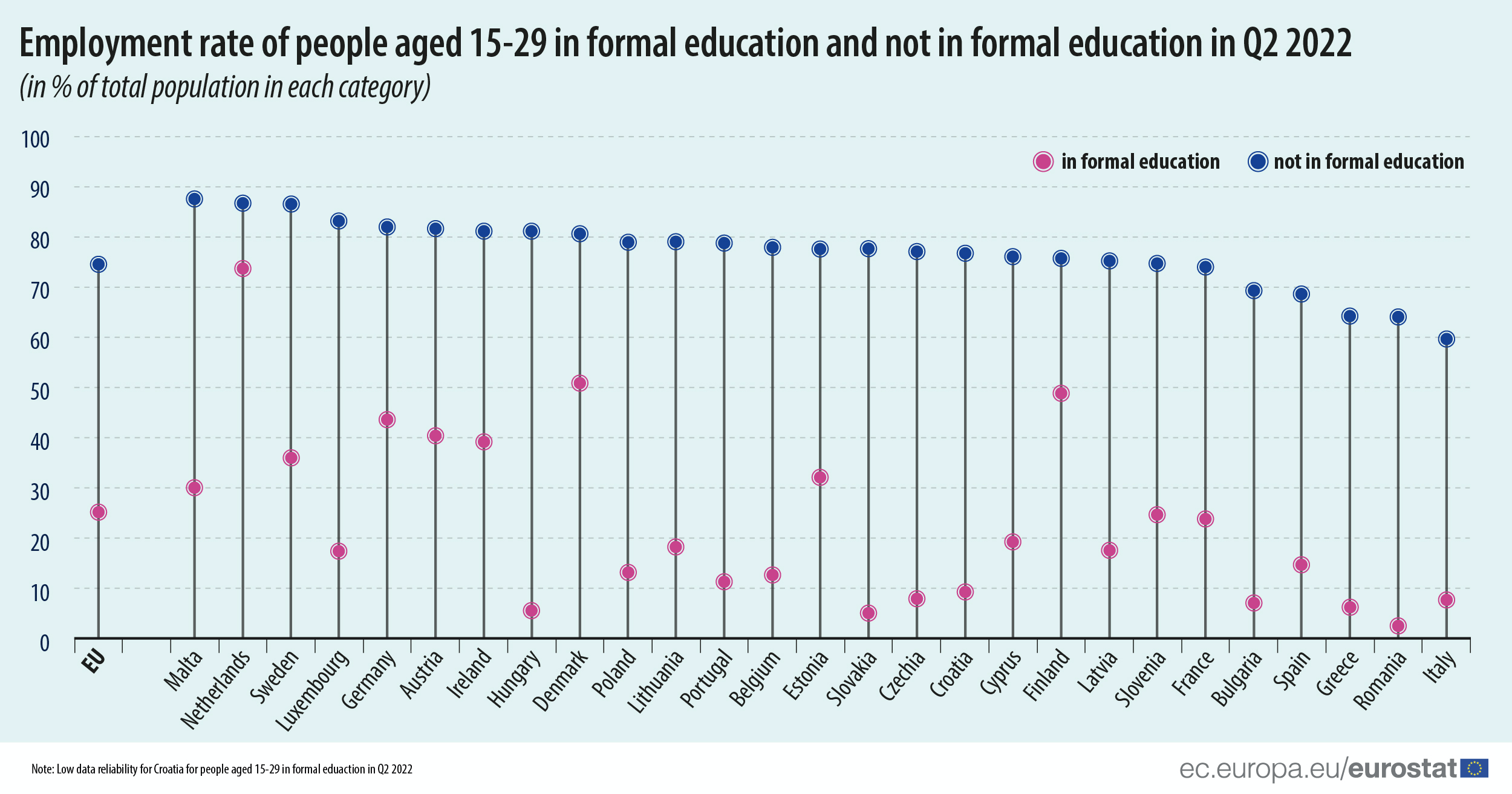 Over this period, Lithuania, Spain, Ireland, Greece and Italy recorded the largest increases in the employment rate of young people aged 15-29 who were not in formal education (ranging from +8.7 pp to +6.0 pp), while Slovenia, Romania, Finland and Czechia recorded a decrease ranging from -5.4 pp to -0.4 pp.

Integration of young people in the labour market

In Slovenia, Romania, Italy, Bulgaria, Greece and Czechia the employment rate for young people not in formal education is significantly lower than for those aged 30-54 (difference of 11.5 pp or more).