How protected are European land and seas? - Products Eurostat News

null How protected are European land and seas?

Print How protected are European land and seas? 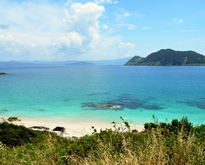 The European Union (EU) has the largest coordinated network of protected areas in the world, known as Natura 2000 and consisting of approximately 27 000 terrestrial and marine sites.

In 2019, nearly 764 000 km2 of EU’s 27 Member States’ land area was designated for the preservation of biodiversity as Natura 2000 sites, proposed under the Habitats Directive and the Birds Directive (known as “the Nature Directives”). This represents almost a fifth (18%) of the EU total land area.

The highest share of protected land area in Slovenia and Croatia, lowest in Denmark 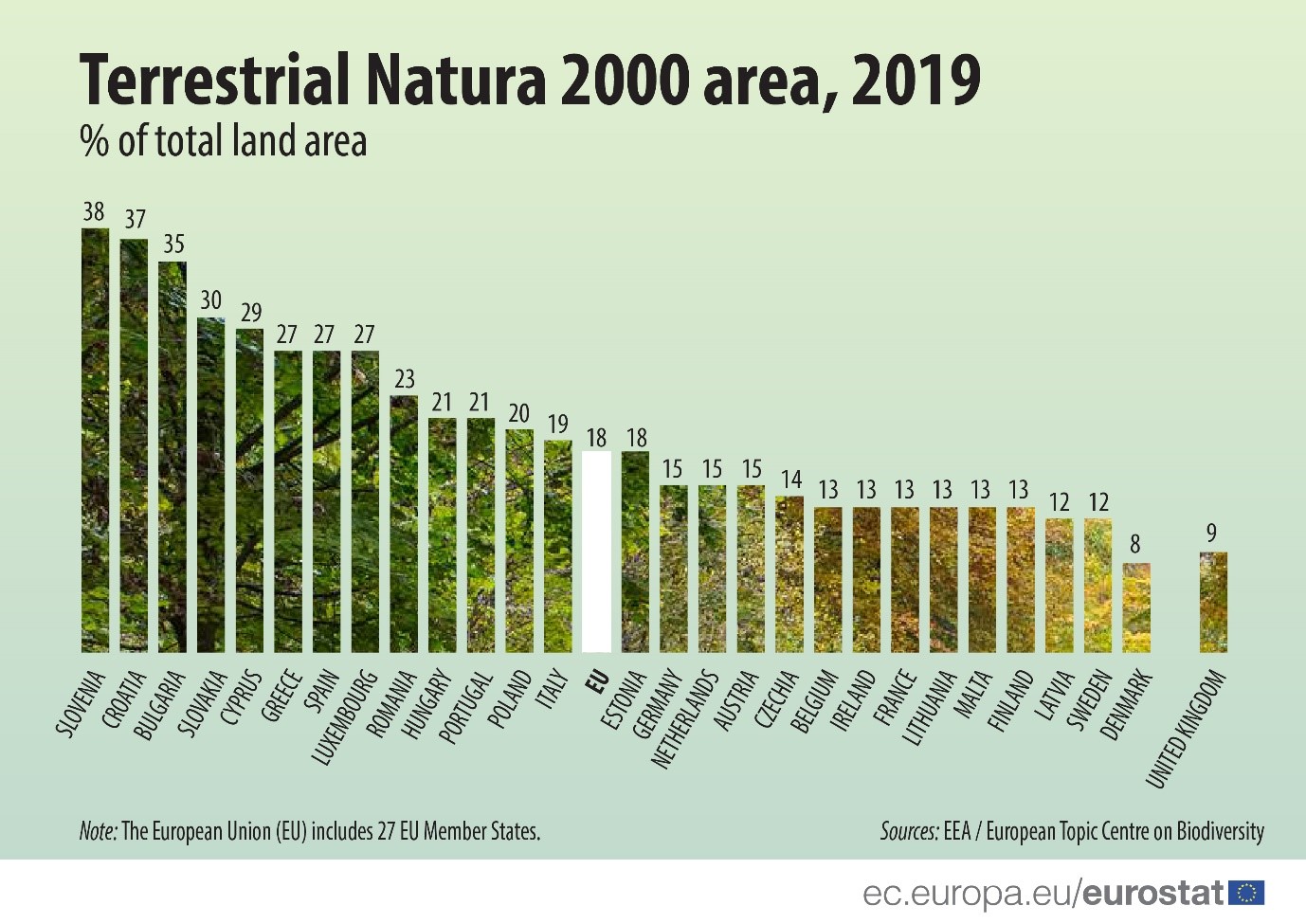 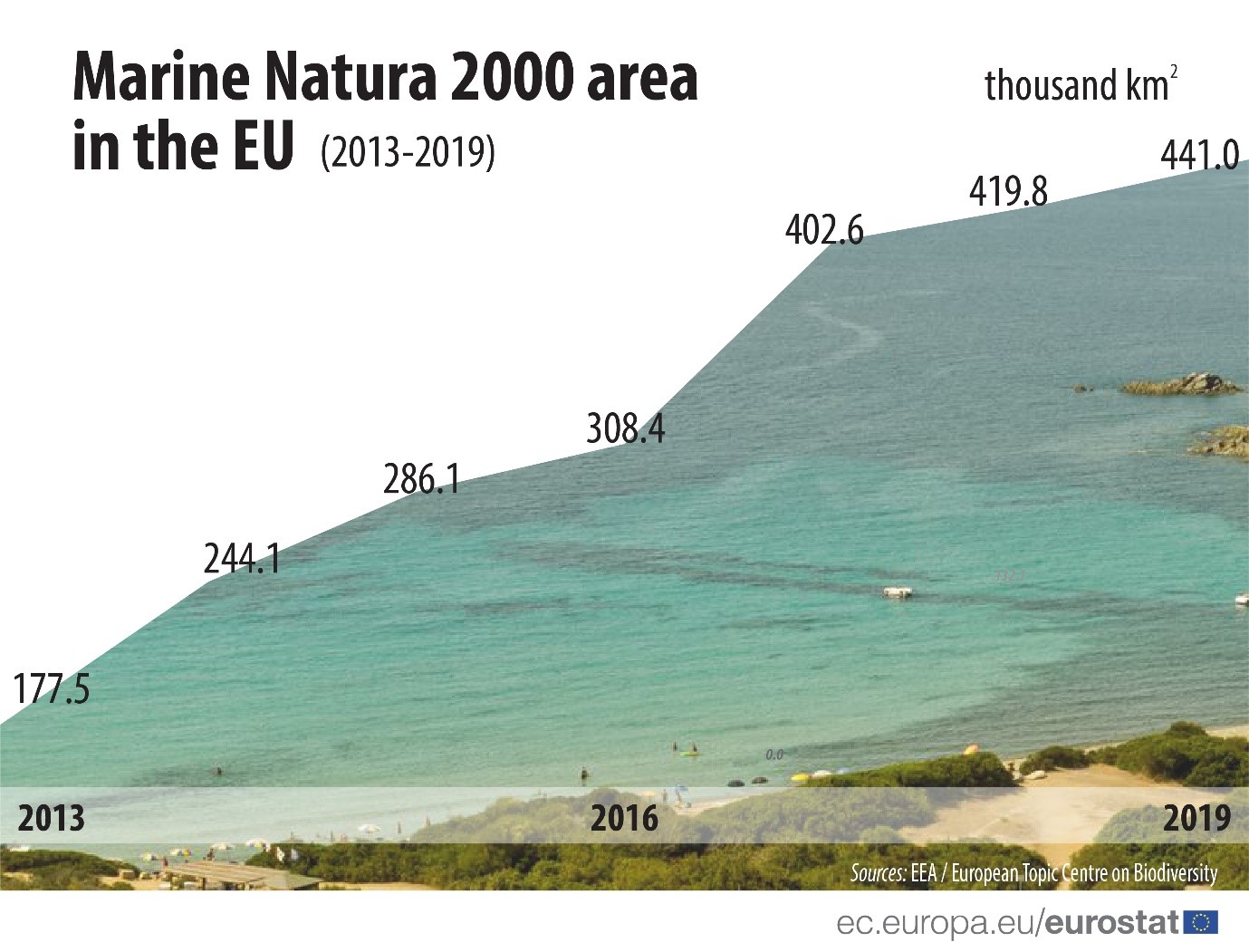 Identification of valuable areas to be protected is much more challenging in seas than on land. That is one of the reasons why the designation of marine Natura 2000 sites is less advanced, compared with the terrestrial Natura 2000 sites, and we still observe large year-to-year progress in EU Member States. 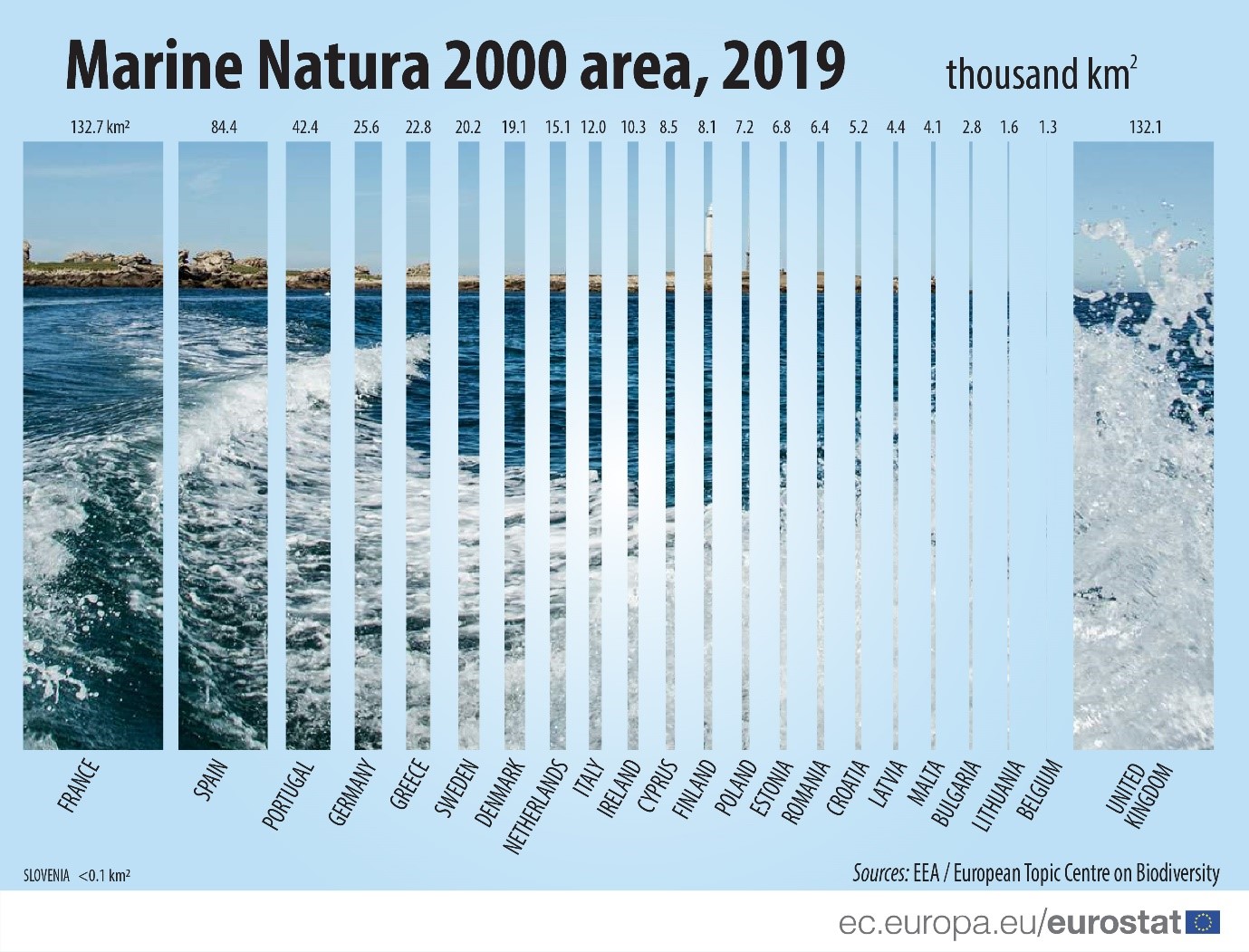 The news item is published on the occasion of the Natura 2000 Day (21 May) and the International Day for Biological Diversity (22 May).