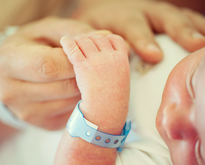 Across EU regions, the Comunidad de Madrid and Inner London — West recorded the highest male life expectancy at 82.0 years during the period 2015-2017. This was followed by regions in Italy and the United Kingdom.

In contrast, the lowest male life expectancy at birth was recorded in central and western Lithuania (Vidurio ir vakarų Lietuvos regionas, 69.7 years), followed by other regions located in the Baltic Member States, Bulgaria, Hungary and Romania. 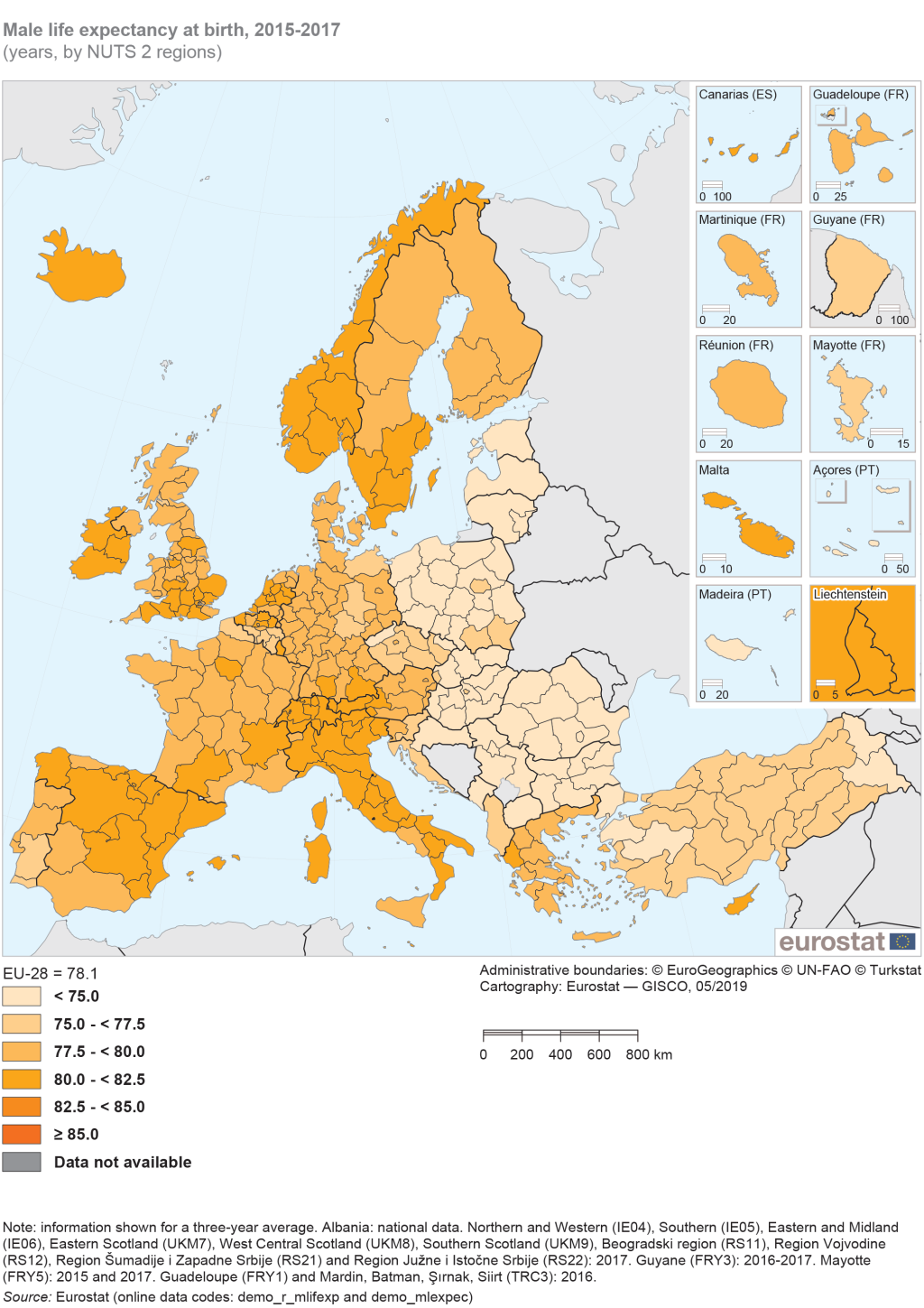 The source dataset is accessible here and here.

At a regional level, the gender gap for life expectancy at birth favoured women in each of the NUTS level 2 regions in the EU. Women could expect to live over 10 years more than their male counterparts in two Lithuanian regions - Sostinės regionas (a gap of 10.1 years), and Vidurio ir vakarų Lietuvos regionas (10.3 years). These were the largest gender life expectancy gaps in the EU.

Gender gaps for life expectancy were also relatively high (over 7.5 years) in the remainder of the Baltic Member States (Estonia and Latvia). The gaps were also high in all but 3 of the 17 regions in Poland, the two easternmost regions of Romania (Nord-Est and Sud-Est) and the French island region of Guadeloupe.

In contrast, the gender life expectancy gap was as narrow as 1.1 years in the French outermost region of Mayotte (data refer to an average for 2015 and 2017). A narrow gap was also see nin the central Dutch region of Flevoland (2.8 years). Five additional regions of the Netherlands (Utrecht, Overijssel, Gelderland, Noord-Holland and Zuid-Holland), as well as three regions in the United Kingdom (Bedfordshire and Hertfordshire, Cheshire, and Essex), had gender gaps within the range of 3.0-3.2 years.

Are you interested in further information on regional demography? You can find it in the dedicated chapter of the Eurostat regional yearbook 2019.

This news is published on the occasion of International Men’s Day (19 November).