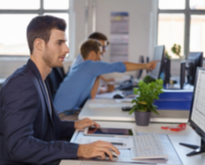 At the NUTS 1 regional level, this form of employment was most common in North Netherlands with 6.6%. This region includes the provinces of Groningen, Friesland and Drenthe. This was followed by Bremen in Germany (5.3%) and three regions in Spain: East, North-West and North-East Spain (all 5.1%). 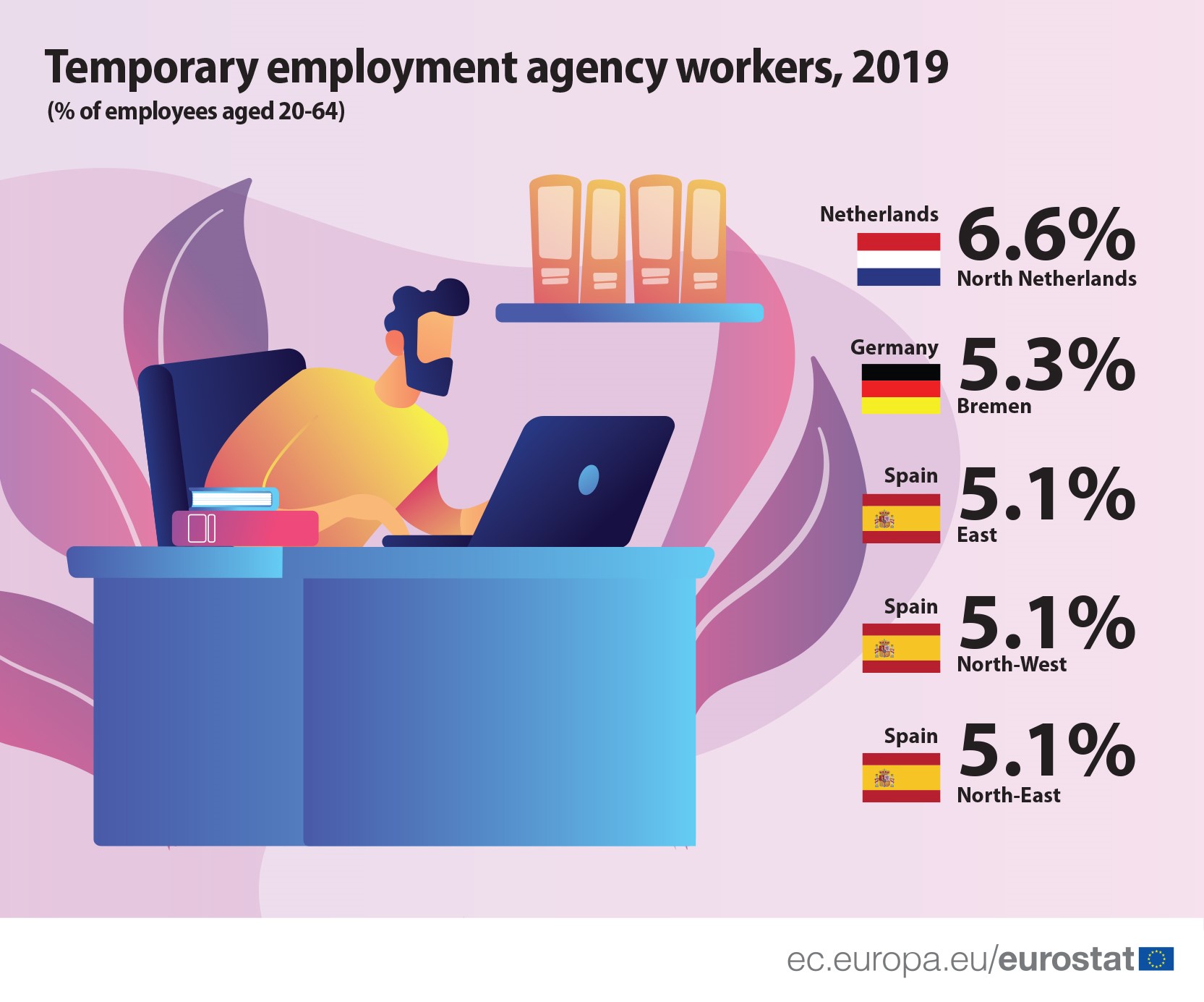 At the other end of the scale, the region including the Islands of Italy, Sardinia and Sicily, recorded the lowest percentage of employees working for temporary work agencies (0.2%) across EU regions with available data. This region was followed by Attica in Greece, Central Hungary, Great Plain and North in Hungary (all 0.3%). 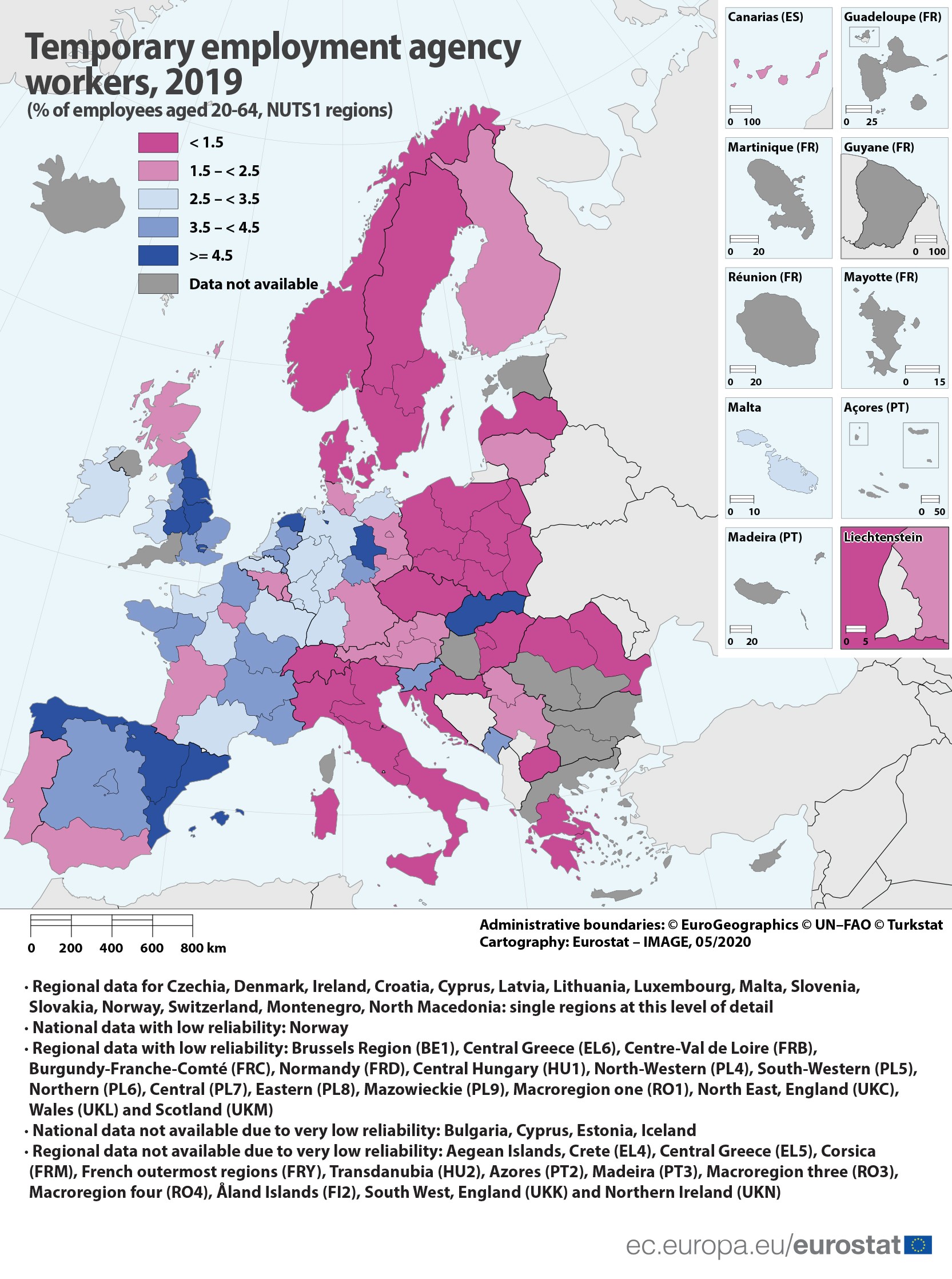