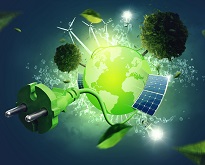 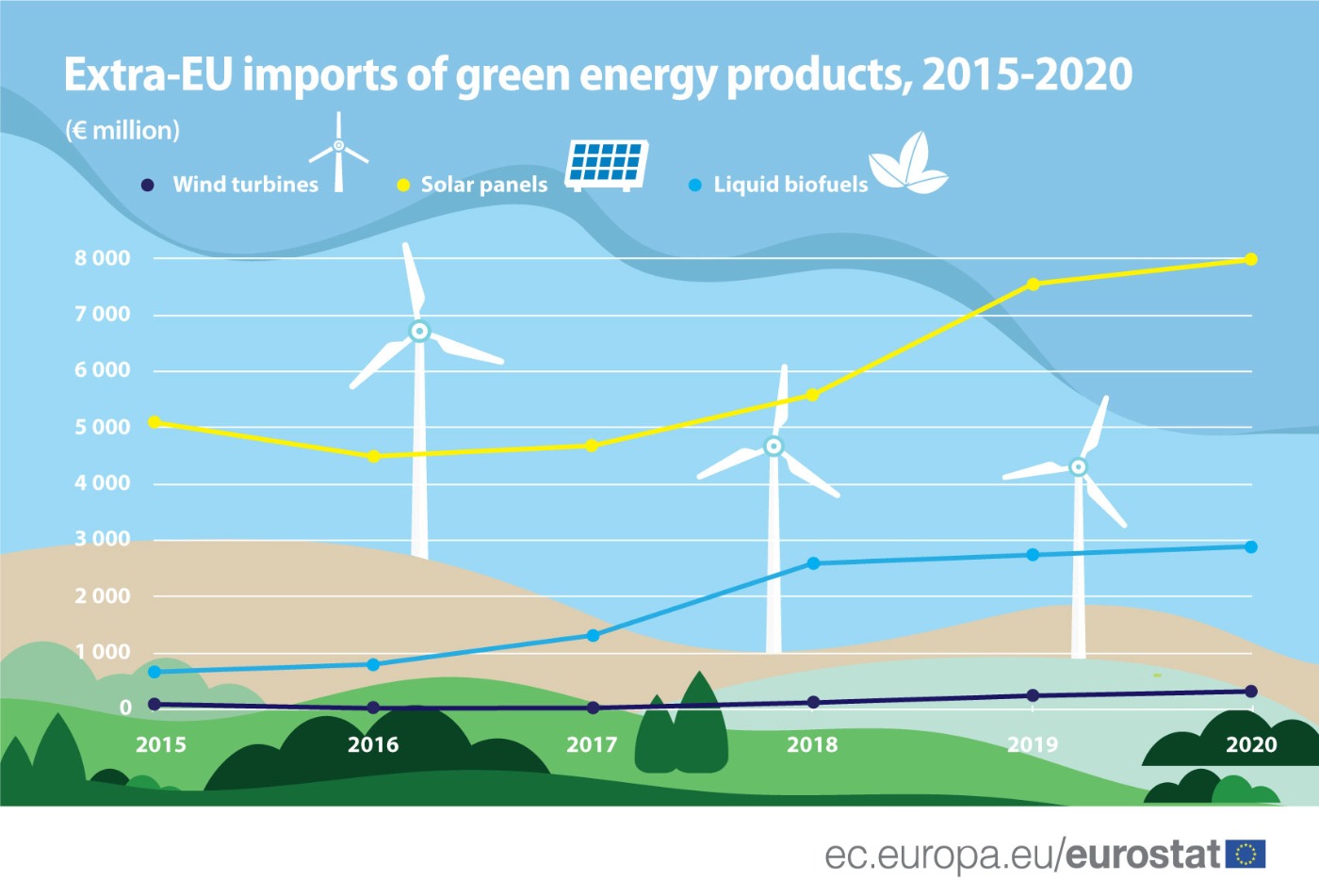 Compared with 2015, the values of imports of solar panels, liquid biofuels and wind turbines into the EU were all significantly higher in 2020, with increases of 250%, 60% and 330% respectively. 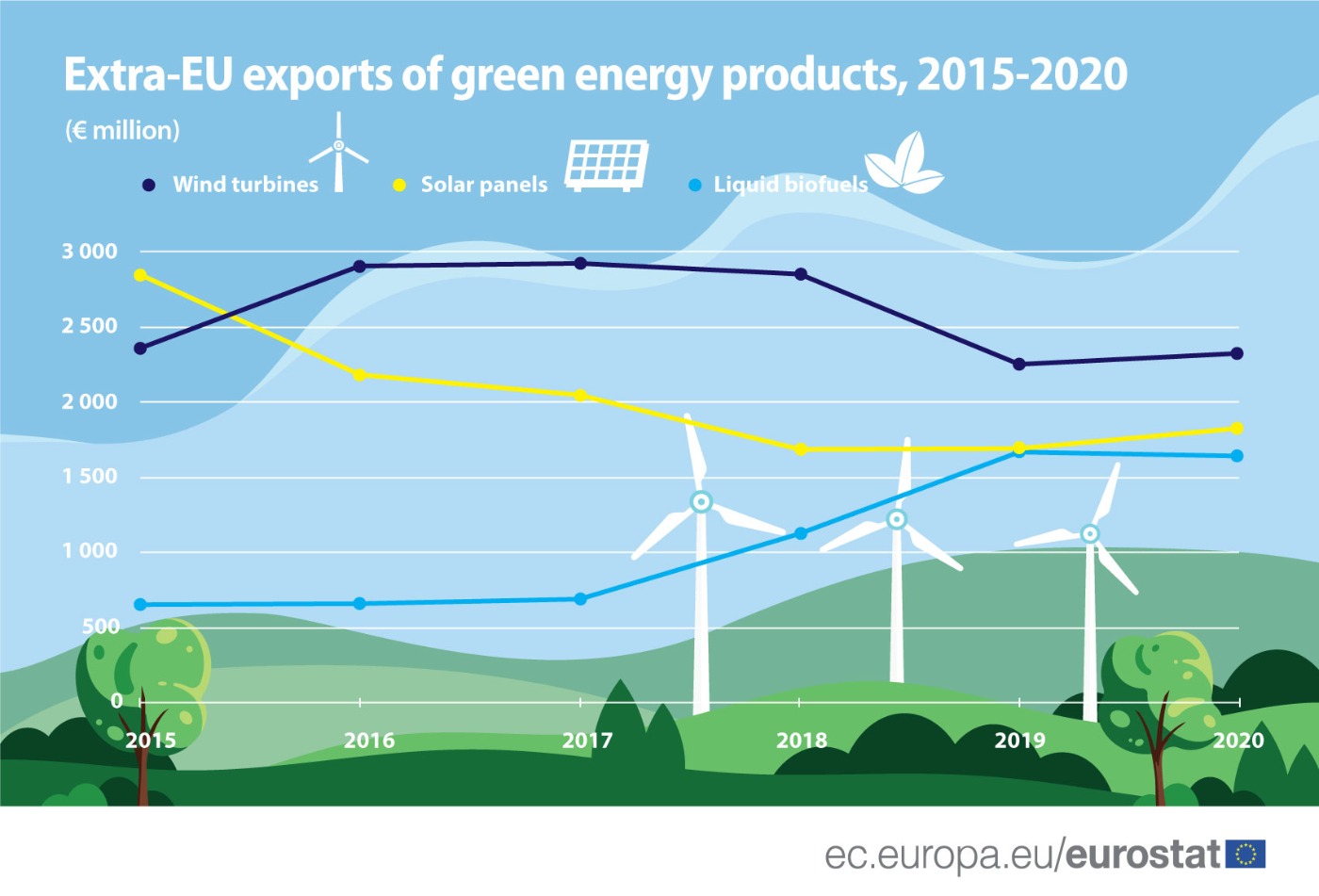