Bulgarian consultant can work in Luxembourg 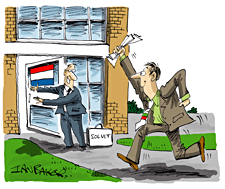 A Bulgarian national with a French qualification was offered a job in a consultancy firm in Luxembourg. The company had made arranged for a work permit for their new employee.

However, the procedure was taking much longer than the expected 2-3 months. This was jeopardising the Bulgarian's chances of getting his job.

Following SOLVIT’s intervention, the work permit was delivered and the Bulgarian national was able to start his job in Luxembourg.

Brazilian wife of Belgian citizen can travel in Europe 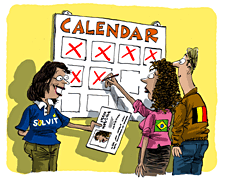 The Brazilian wife of a Belgian national living in the UK was prevented from travelling to France for urgent medical reasons because the British authorities exceeded the 6-month time limit (set by EU law) for renewing residence permits.

After SOLVIT’s intervention, the documents were rapidly issued.

More on: Residence rights for non-EU relatives of EU nationals

French student pilot can register as resident in Belgium 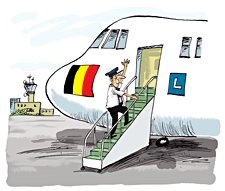 A French national studying to become a pilot at a Belgian flight training school could not register as a student with the Belgian authorities because the school was private and not recognised by the Belgian regional authorities. However, the Belgian transport ministry recognised the certificates issued by the school as official ones.

SOLVIT was able to convince the Belgian authorities that, under EU law, the French national should be able to register in Belgium as a student.

More on: Residence rights for students

Austrian artist can register as resident in Luxembourg

SOLVIT pointed out that this additional requirement was not in line with EU law.

The local authority revised its position and issued the registration certificate.

More on: Residence rights and formalities