Back EU sold production of chemicals on the rise

Print EU sold production of chemicals on the rise 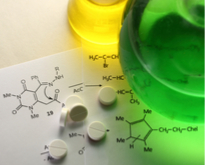 In the same 10 year-period, sold production grew in all groups. Both in absolute and relative terms, the largest increase was for medical products, rising from €116 billion in 2011 to €211 billion in 2021, equivalent to annual average growth of 6.1%. Organic chemicals (1.1%) had the lowest growth rate whereas chemical materials and products (6.0%) had the second largest growth rate. 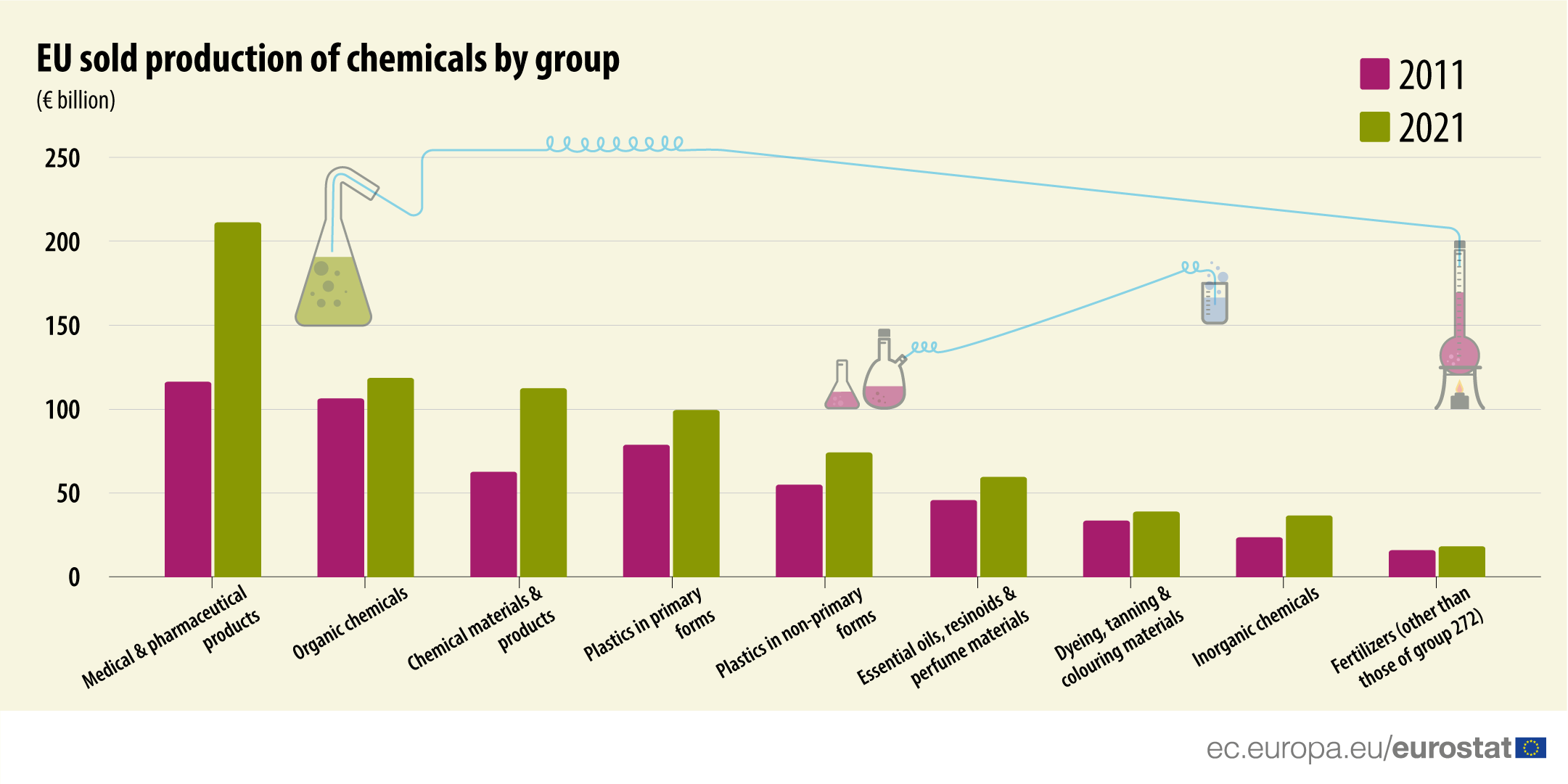 Exports and imports grew around 5% yearly since 2011

Looking back to the last 10 years, EU chemical exports were significantly higher than imports, rising from €266 billion in 2011 to €459 billion in 2021, with an average annual export growth of 5.6%. Among the EU Member States, Germany was the largest extra-EU exporter of chemicals in 2021 (€121 billion); this was also the case in the previous year. Germany’s share in total EU chemical exports was 26%, followed by Belgium (15% share of total EU exports; €67 billion), Ireland (12%; €56 billion), France (10%; €48 billion) and the Netherlands (9%; €42 billion).
The United States, Switzerland, the United Kingdom and China were the EU's four largest partners for exports and imports of chemicals in 2021. 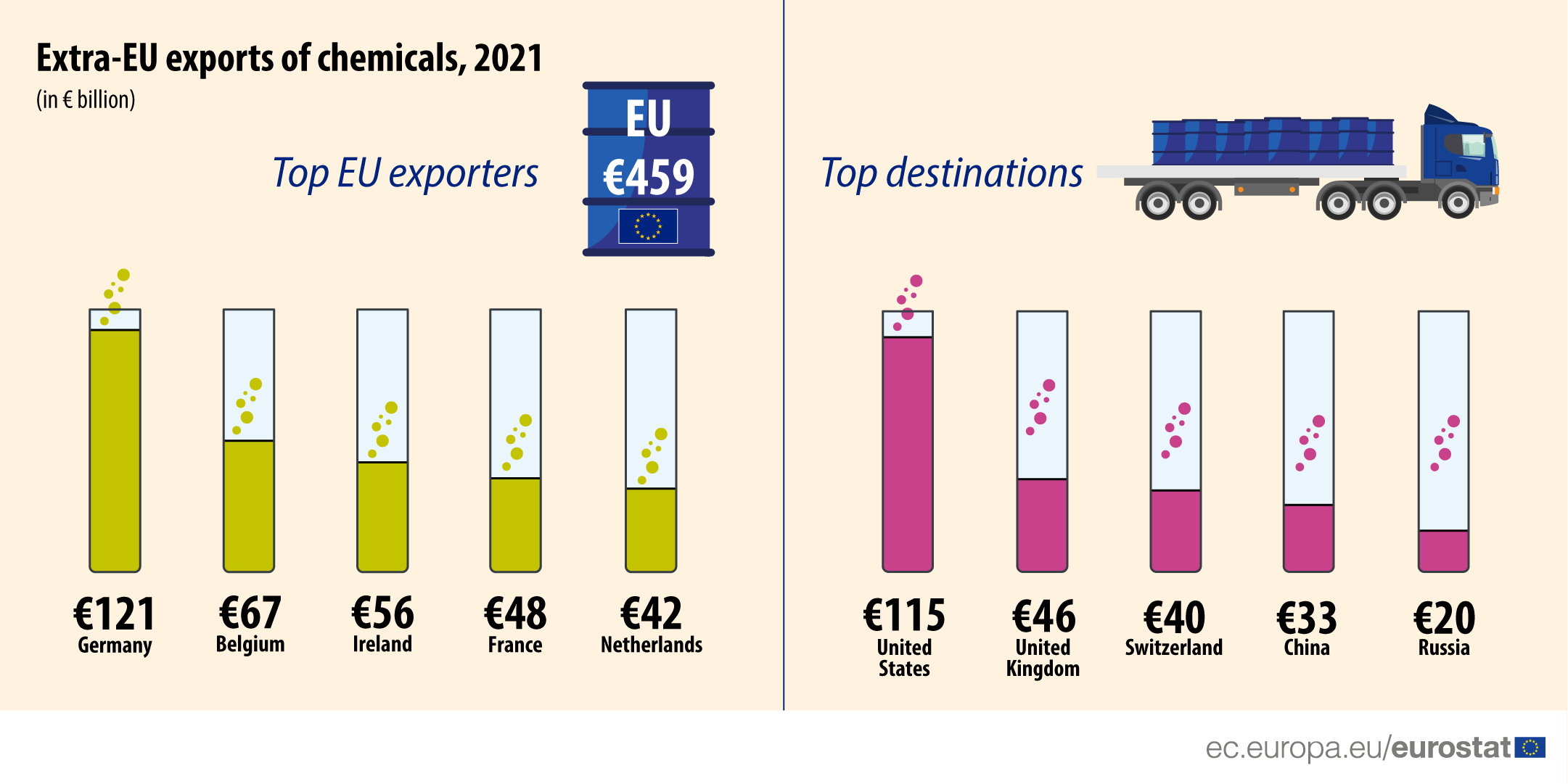 In 2011, the largest subgroup in imports of chemicals was medical and pharmaceutical products with €59 billion, rising to €100 billion in 2021 - an average annual growth rate of 5.4%. Plastics in primary form had an equal growth rate while chemical materials and products (6.0%) grew fastest in this period.