2020 data on weekly deaths: a peak in late March-early April 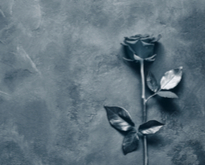 The number of deaths due to Covid-19 rose rapidly in some Member States at the beginning of March 2020. The impact of the pandemic can be assessed by the increase in the total number of deaths from any cause during the outbreak. In some parts of Europe, the difference compared to previous years was exceptionally high, while on the other hand, some areas were less severely affected. In total, among the 21 countries for which data are available*, there were about 140 000 more deaths during weeks 10-17 (March - April) in 2020 than the average number of deaths during the same period over the four years 2016 to 2019. The peak of additional deaths compared to the weekly average in 2016-2019 was in week 14 (end March – beginning April) 2020.

Men more affected in March and women in April 2020

Increases in mortality in the weeks 10 to 17 in 2020 affected men and women differently. Looking at the 20 countries with available data**, very similar values were observed in week 10, then there were more deaths of men than of women every week until week 13. In week 14, the numbers of men and women were almost equal and, after that, in weeks 15 to 17 there were more deaths of women than of men.

Significant increase in mortality for those aged 70 years and over

In weeks 10 to 17 in 2020, in the 20 countries with available data**, there was a significant increase in mortality for those aged 70 years and over for both men and women, compared to the average number of deaths over the same weeks in 2016-2019. The additional deaths were more substantial for men, at round 40% more, than for women (around 30% more).

** Including the same countries as above except Germany.