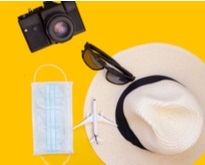 The tourism industry is currently being affected by the Covid-19 outbreak, due to travel restrictions that have been implemented in response to the pandemic. To gauge the potential loss that the tourism sector will have experienced because of these restrictions, we can examine tourism figures of the previous two years for the periods of March-June (the ‘spring shoulder season’) and July-August (the ‘peak summer season’). For the purpose of this analysis, the ‘peak summer’ season does not comprise June, but focuses on the two months (July and August) overlapping with the main holiday season in most Member States.

Spring and summer are the most popular seasons for Europe’s tourism industry. In 2019, the number of nights spent by residents and non-residents in EU tourist accommodation establishments during the spring and the peak summer season each accounted for nearly one-third (32%) of the annual total for overnight stays.

The share of nights spent in these accommodation establishments was particularly high in the month of June for the spring season, accounting for 11% of the annual total, as well as in the months of July (15%) and August (17%). A similar trend is observed for both residents and non-residents of the countries visited.

Across the EU Member States, the share that the spring season contributes towards annual tourism accommodation stays is relatively similar, ranging from 24% in Croatia and 27% in Bulgaria to 35% in Cyprus, Luxembourg, Malta and the Netherlands. For the peak summer season, this share ranged from 23% in Malta to 58% in Croatia.

In spring 2018, EU residents made almost 390 million tourist trips, representing 34% of the annual total. During these trips, they cumulated over 1.8 billion overnight stays and spent €170 billion.

More than two-thirds (70%) of these trips were inside the country of residence, while 22% of them were trips to other EU countries and 8% to destinations outside the EU. A similar pattern was observed for trips throughout the entire year, including during the peak summer season.

In summer 2018, over 270 million trips were made by EU residents, accounting for 24% of the annual total. These trips amounted to over 1.9 billion overnight stays and almost €138 billion in tourism spending. 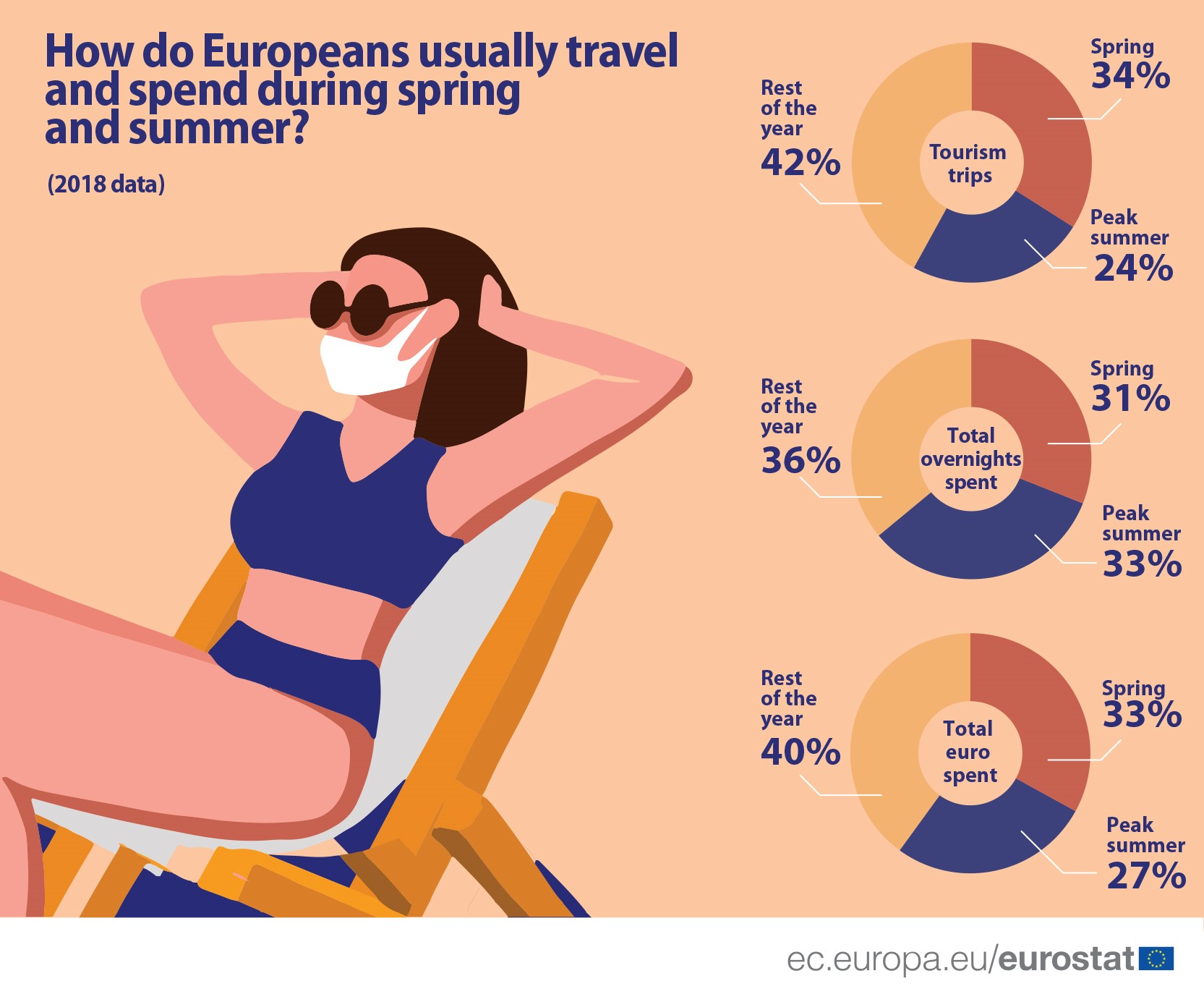 The EU residents’ preferred European destinations outside their own country were: Spain, Italy and to a lesser extent France and Germany, which together accounted for 49% of intra-EU trips during spring 2018 and 45% in summer.

From March to June, Austria dominated the top-5 of preferred intra-EU destinations, in July and August Croatia was among the most popular destinations for EU tourists.

Luxembourgers prefer to travel abroad during spring and summer

In 2018, residents of Luxembourg preferred to travel abroad, with almost all their tourist trips (98%) being outside their country of residence in spring and 99% of their trips being abroad during the peak summer season.

A similar trend was observed for residents in Belgium, where a vast majority of trips during the spring and peak summer season were made outside the country of residence (79%).

At the other end of the scale, residents in Romania and Spain preferred to travel within their country of residence in spring, making 94% and 90% domestic trips respectively.

During summer, this was also true for the Greeks, Romanians, Portuguese and Spanish, who took the vast majority of their tourist trips inside their country of residence (95%, 91%, 90% and 89% respectively).