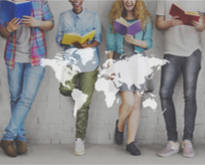 There were at least 1.6 million degree mobile students from abroad who studied at tertiary education level across the European Union (EU) in 2016. These are internationally mobile students enrolled in a degree programme in a country other than the one where they completed their upper secondary education.

More than two fifths (43 %) of the students from abroad studying at tertiary education level in the EU in 2016 were from Europe, 30 % were from Asia and 12 % were from Africa. 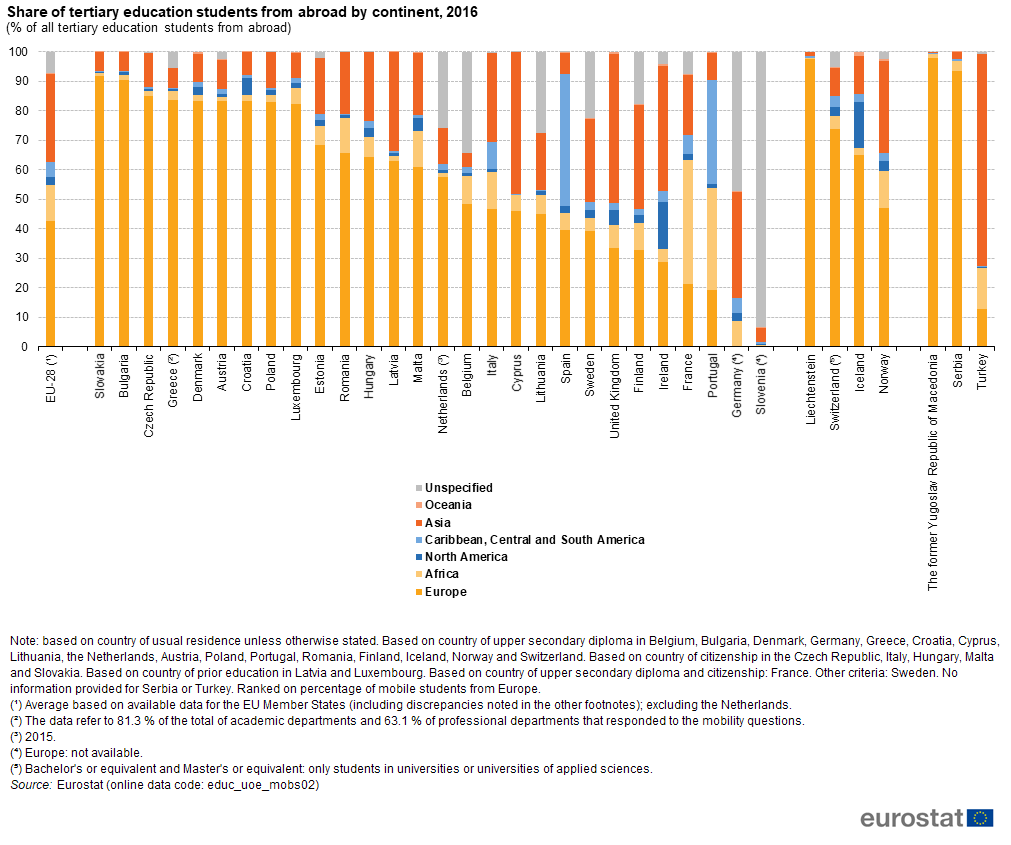 For 15 Member States, the majority of students from abroad in 2016 were from elsewhere in Europe. There were limited data on the continent of origin for tertiary level students studying in Slovenia, Germany and the Netherlands.

On 17 November 2018 it is International Students' Day.

More details on the mobility of tertiary level students in the EU can be found in this Statistics Explained article: Learning mobility statistics.

Further Statistics Explained articles on education and training can be found here.