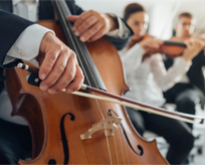 General government expenditure on recreation, culture and religion in the European Union (EU) was 1.0 % of GDP in 2016, unchanged from 2015. In the euro area, the figure was slightly higher (1.1 %), also unchanged from 2015. Total expenditure in this area includes spending on sports and recreational facilities, libraries, museums, theatres, broadcasting services and facilities for religious and other community services. 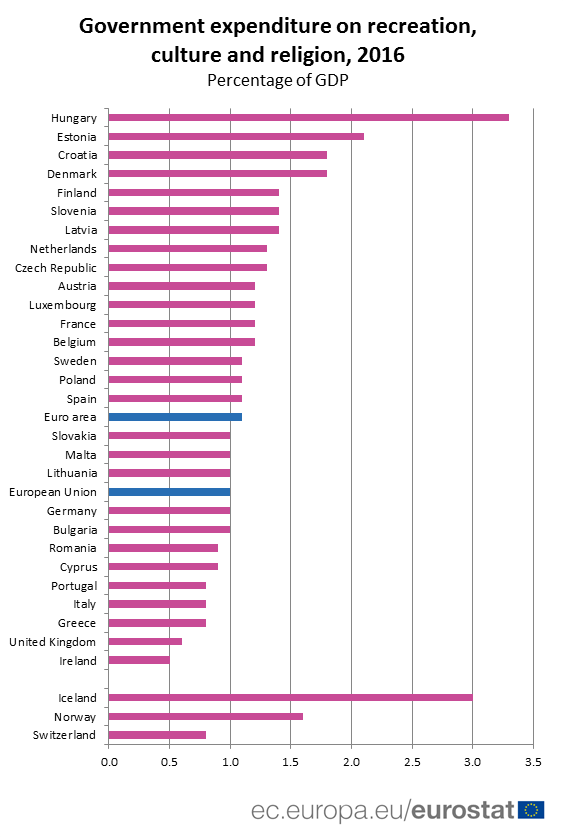 The source data set is here.

A background article on government expenditure on recreation, culture and religion is available here.