Tweet
General government expenditure in the EU on recreation, culture and religion amounted to €165 billion or 1.2 % of GDP in 2020. 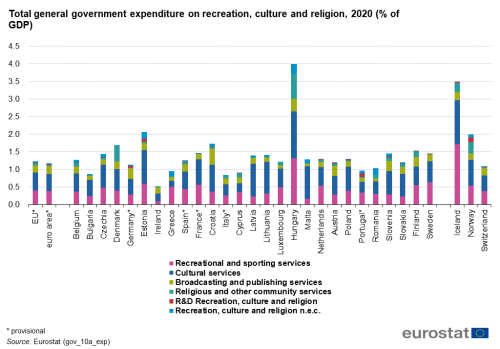 This article analyses data on general government total expenditure on 'recreation, culture and religion' (according to the Classification of the Functions of Government - COFOG). It is part of a set of statistical articles based on Government expenditure by function.

Expenditure on 'recreation, culture and religion' 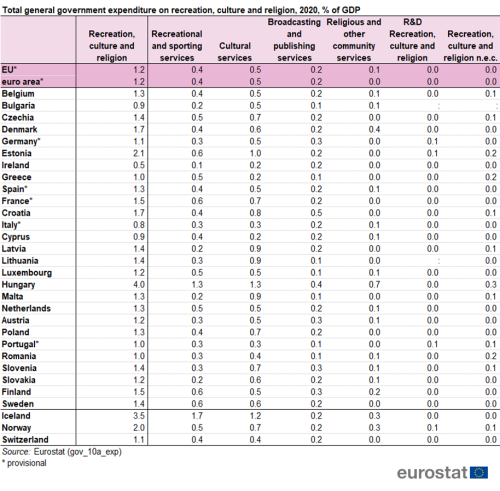 Evolution of general government expenditure on 'recreation, culture and religion'

For 'recreation, culture and religion', the groups are