EU’s agricultural labour productivity up by 13% in 2022 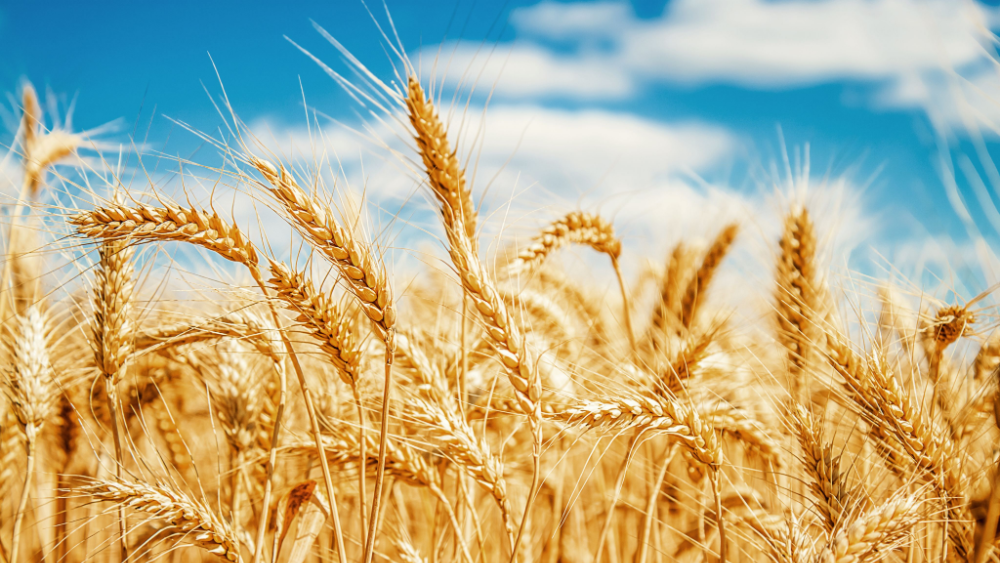 According to the first preliminary data for 2022 from the economic accounts for agriculture (EAA), the index of agricultural labour productivity in the EU is estimated to have increased year-on-year by 13%, after slight growth in 2021.

This overall rise in the index reflected an 11.1% increase in the real value of the income generated by units engaged in agricultural production activities (factor income) being notionally shared among a smaller (-2 %) full-time labour equivalent workforce (measured in Annual Work Units).

This information comes from data on agriculture published by Eurostat today. For reasons explained below, these first estimates for 2022 should be treated with some caution; the compilation of the accounts for these first estimates uses incomplete information and is based on modelling, which may not yet fully reflect the extraordinary market developments in 2022. In May 2023, second estimates of the EAA will be available that include more detailed and up-to-date market information.

The year was marked by extraordinary inflationary pressures. These stemmed principally from further supply chain issues as COVID continued and from the large-scale military invasion of Ukraine by Russia that disrupted energy supplies, the availability of a range of agricultural inputs (especially fertilisers) and trade in some agricultural commodities. The developments in agricultural labour productivity in each of the Member States in 2022 incorporated these shocks to the market and reflected a degree of exposure or resilience to these external factors.

As a result of these shocks, there was an even wider distribution of rates of change in agricultural labour productivity (as measured by the index of the real income of factors in agriculture per annual work unit) in 2022 than usual. The sharpest rate of increase in estimated agricultural labour productivity in 2022 was in Germany (+66.8 %), where the average rise in the price of output products (+29.5 %) outstripped that of inputs (+14.0 %). There were also steep rises in Estonia (+32.8 %), Denmark (+29.8 %) and Luxembourg (+29.6 %). 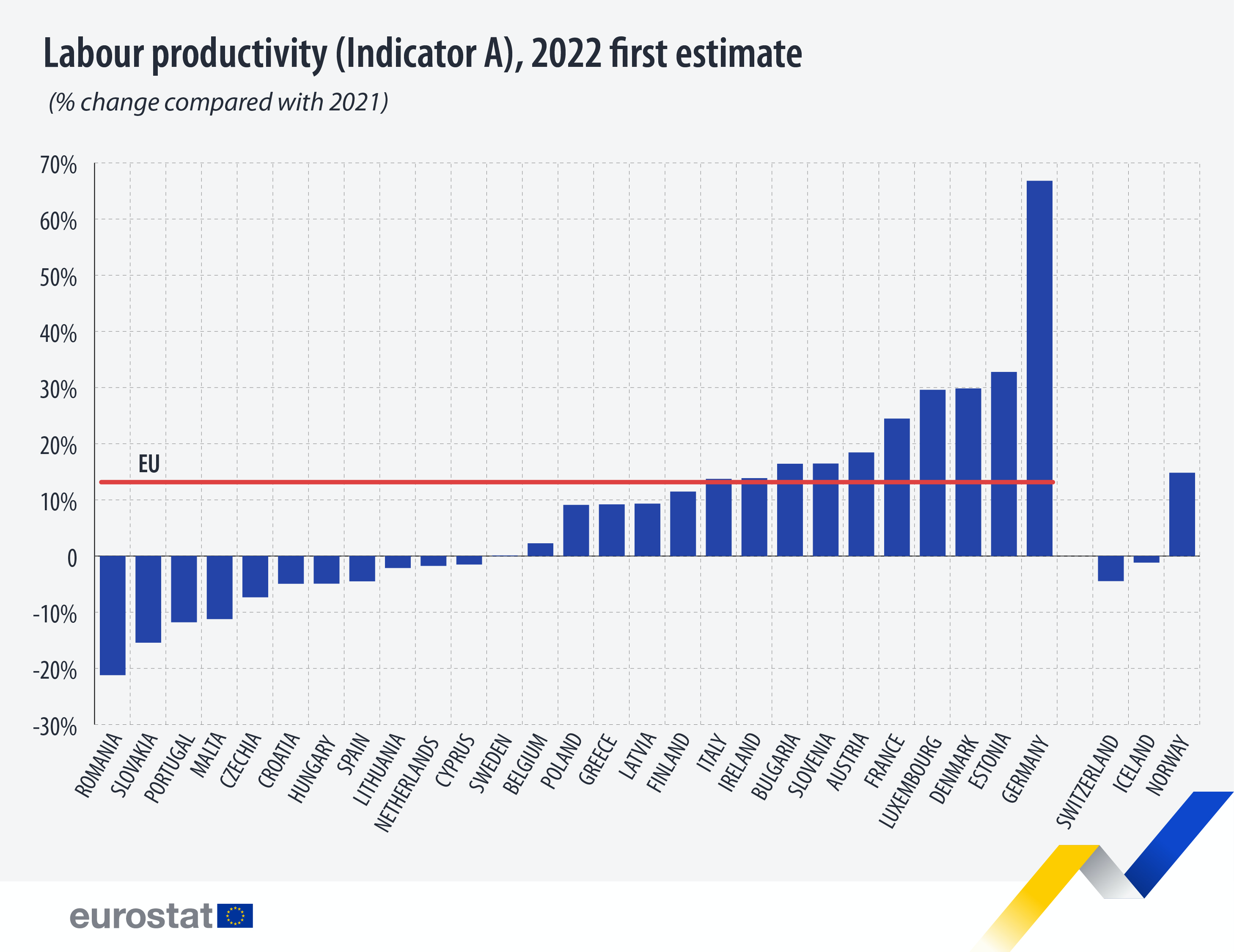 The increase in agricultural labour productivity across the EU as a whole was underpinned by a sharp rise (+16.2 %) in gross value added at current prices. In turn, this reflected steep increases in both the average price of output and intermediate consumption (+23.0 % and 25.4 % respectively) and declines in the volumes of both agricultural output (-3.0 %) and intermediate consumption (-3.1 %). The support programmes created to compensate farmers for the high prices of input items, such as fertilisers and energy, led to a 3 % increase in subsidies. 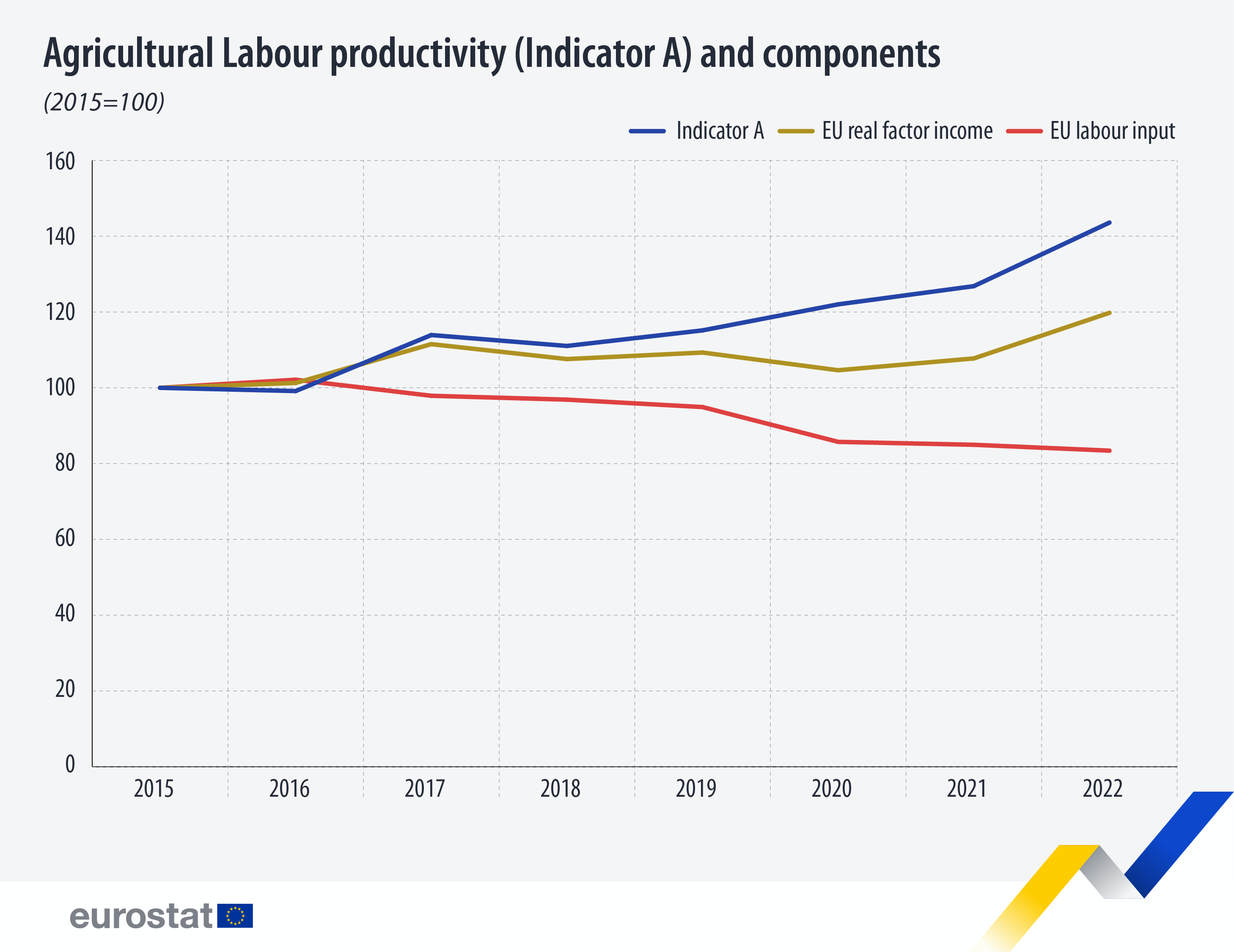