Working from home across EU regions in 2020 - Products Eurostat News

null Working from home across EU regions in 2020

Print Working from home across EU regions in 2020 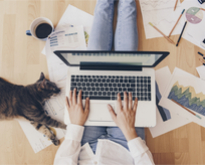 More people started to work from home following the introduction of the social distancing measures in response to the COVID-19 pandemic. In 2020, 12% of employed people aged 20-64 in the EU usually worked from home, while this share had remained constant at around 5 or 6% over the past decade.

Among the EU regions, Helsinki-Uusimaa, the capital region of Finland, recorded the highest share in 2020 (37%), followed at a distance by two Belgian regions: Province du Brabant wallon (27%) and the capital region, Région de Bruxelles-Capitale/Brussels Hoofdstedelijk Gewest (26%).

Around one in four employed usually worked from home in these capital regions: Eastern and Midland in Ireland (25%), Wien in Austria and Hovedstaden in Denmark (both 24%) as well as Île-de-France in France, Utrecht in the Netherlands, Luxembourg (single region) and Área Metropolitana de Lisboa in Portugal (all 23%). 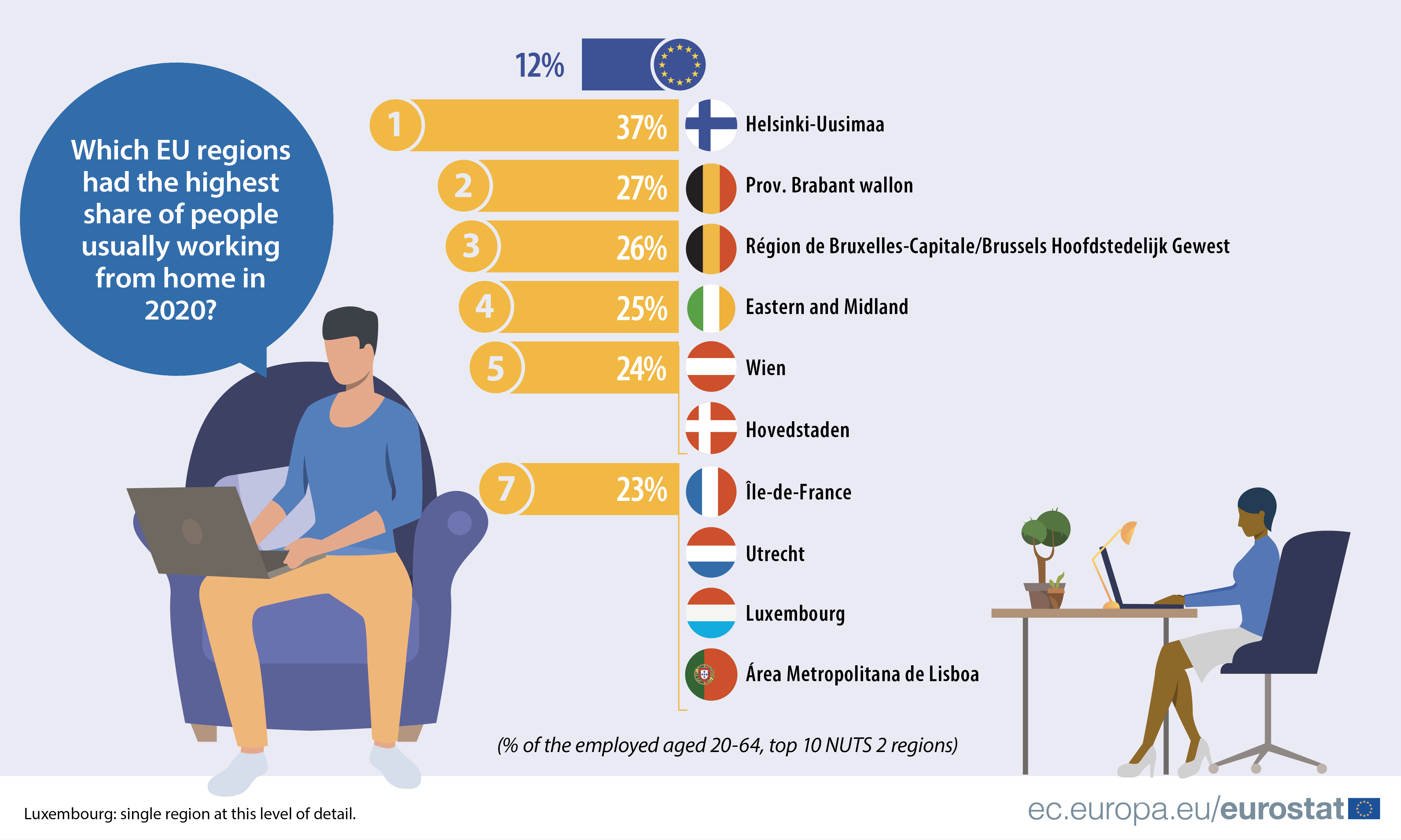 In contrast, working from home was less common in many eastern and southern regions of the EU. In 2020, less than 5% of the workforce was usually working from home in both regions of Croatia, as well as in Cyprus, Latvia and Bulgaria (only national data available), in the vast majority of regions across Hungary and Romania (except for the capital regions) and Greece.

Highest uptake of work from home in capital regions

Among EU regions, the largest annual increases in the share of the employed usually working from home in 2020 (of around 19 percentage points compared with 2019) were recorded in:

These regions were followed by the capital regions of Denmark, Germany, Spain, France, Italy, Austria and Portugal. 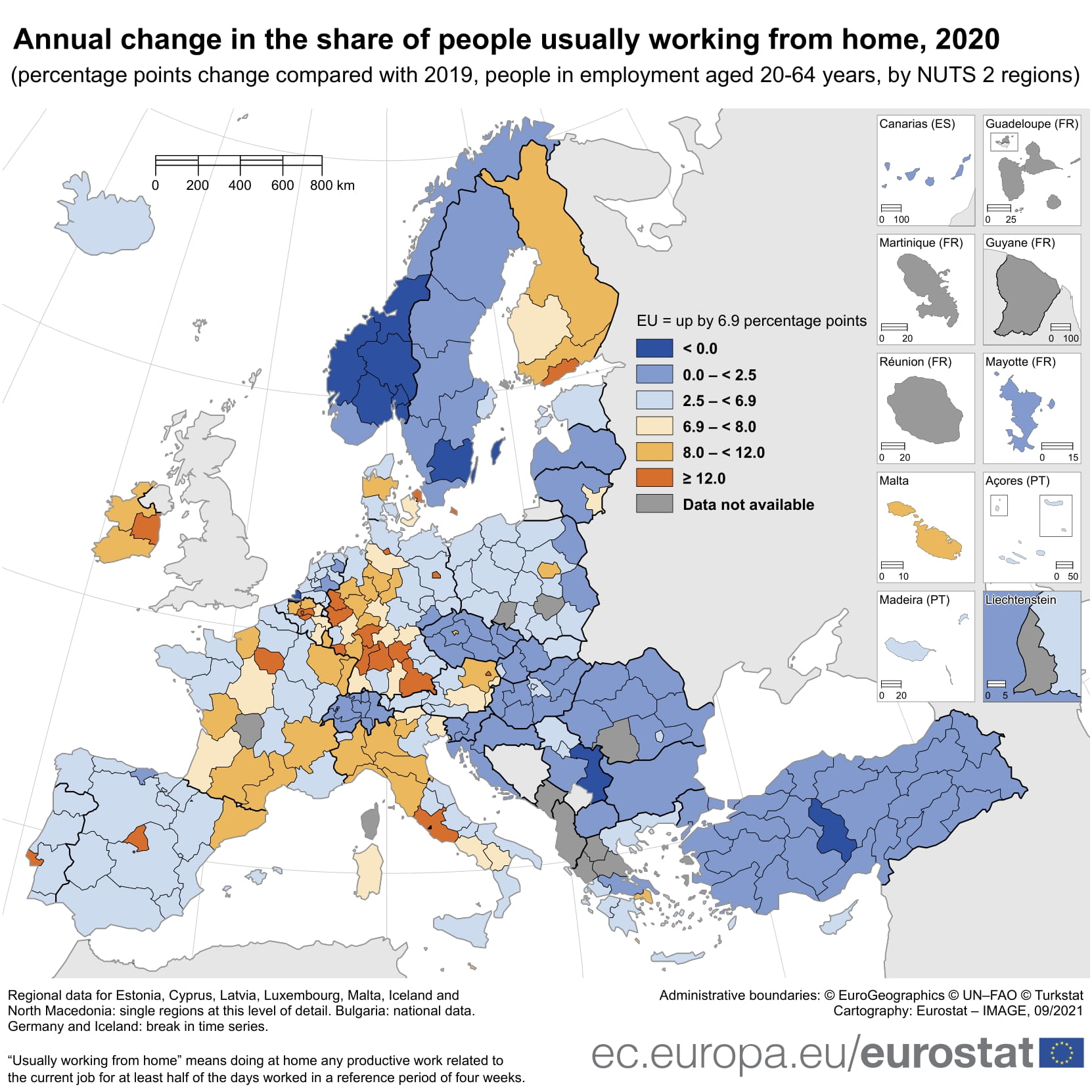 Would you like to know more about the labour market in the different EU regions?

You can read more in the dedicated chapter of the Eurostat regional yearbook 2021 as well as in the corresponding maps in the Statistical Atlas.