43% of the EU is covered with forests

Print 43% of the EU is covered with forests 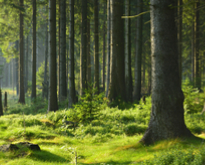 Today is the International Day of Forests, which is celebrated every year on 21 March to raise awareness of the importance of forests of all types.

The European Union (EU) had close to 182 million hectares of forests and other wooded land in 2015, corresponding to 43 % of its land area. Wooded land covers a slightly greater proportion of the land than the area used for agriculture (some 41 %).

Forest area as a proportion of total land area is a global indicator of the UN Sustainable Development Goals (SDGs). It is also included in the set of EU SDG indicators used to monitor progress towards the SDGs in an EU context. 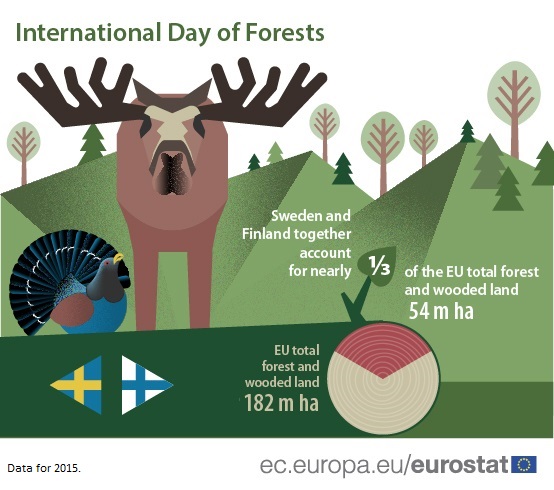 The source data are here. The statistics on forest cover are taken from a five-yearly survey and the next survey will be in 2020. 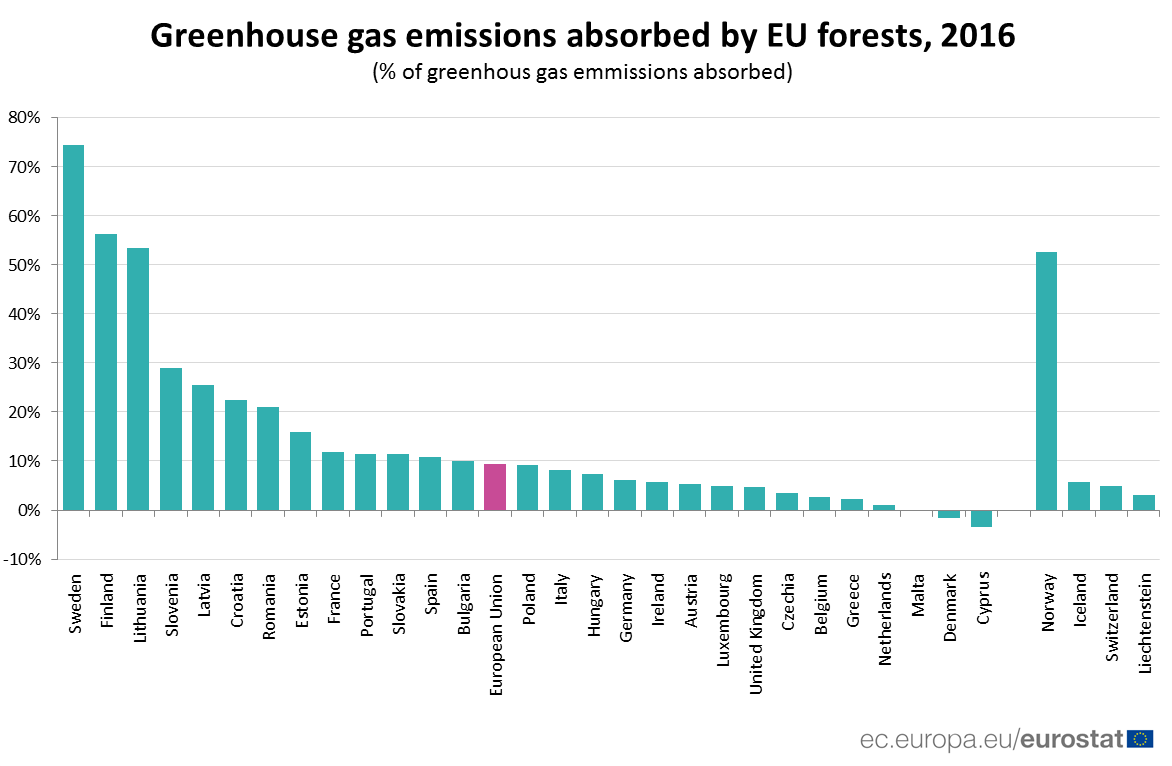