Back Women in EU parliament and governments 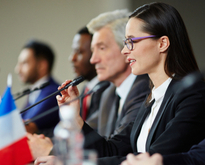 However, the share of men in national parliaments is still considerably higher across the EU as a whole. No EU country had more women than men holding seats in parliament.

The share of seats held by women in national parliaments varies considerably between EU countries. In 2018, Sweden had the highest share of women in its national parliament with 47%. Sweden was  followed by Finland (42%), Belgium and Spain (both 40%). A significant number of women also held seats in Austria (37%), Denmark and  Portugal (both 36%) and Italy (35%).

At the opposite end of the scale, women account for less than one-fifth of the national parliament members in Hungary (13%), Malta (15%), Cyprus and Greece (18%) and Romania (20%). 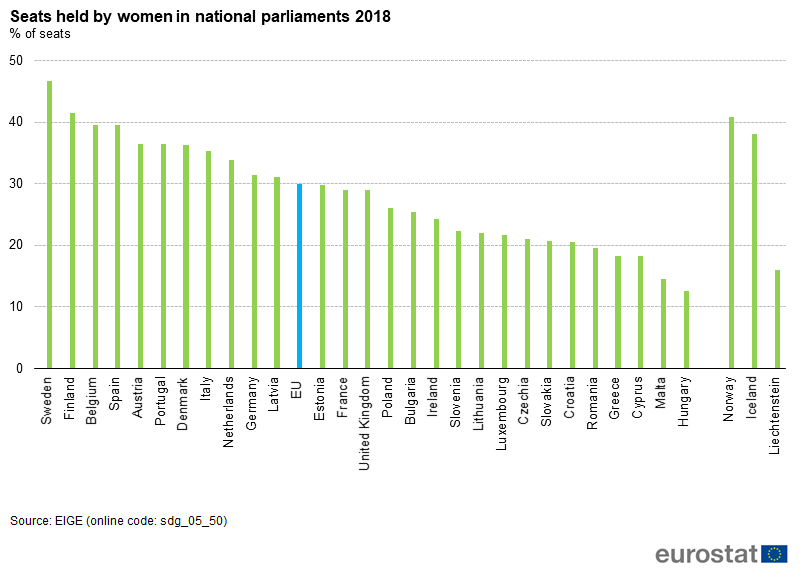 At the bottom end of the scale, women accounted for less than one fifth of members of the government in Hungary (7%), Malta (12%), Cyprus, Italy and Poland (17.0%). 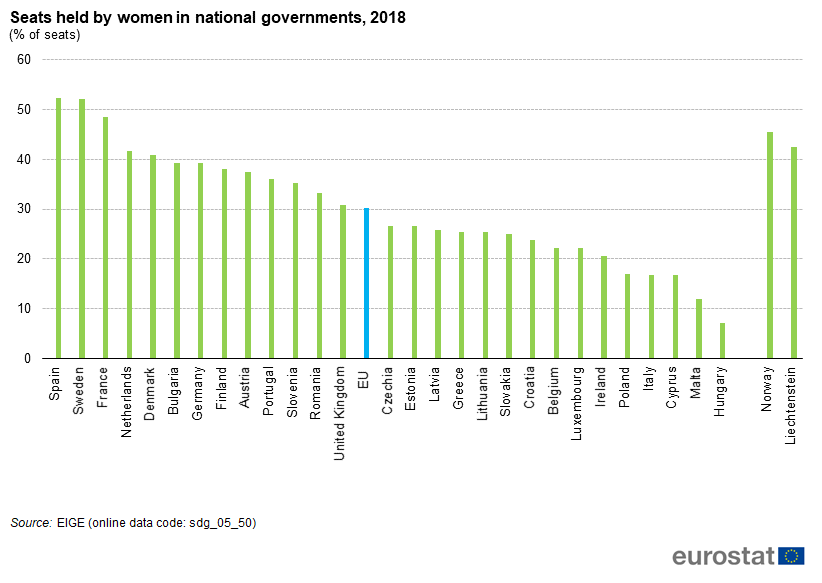 A national parliament is the national legislative assembly. The indicator refers to both chambers (lower and upper house, where relevant). Included are also the president/speaker/leader of the parliament.