null A closer look at clothes and footwear in the EU

Print A closer look at clothes and footwear in the EU 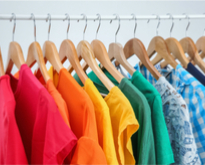 As data are not yet available for December 2017, for the purposes of this news article, annual data for 2013 and 2017 refer to January to November values only. 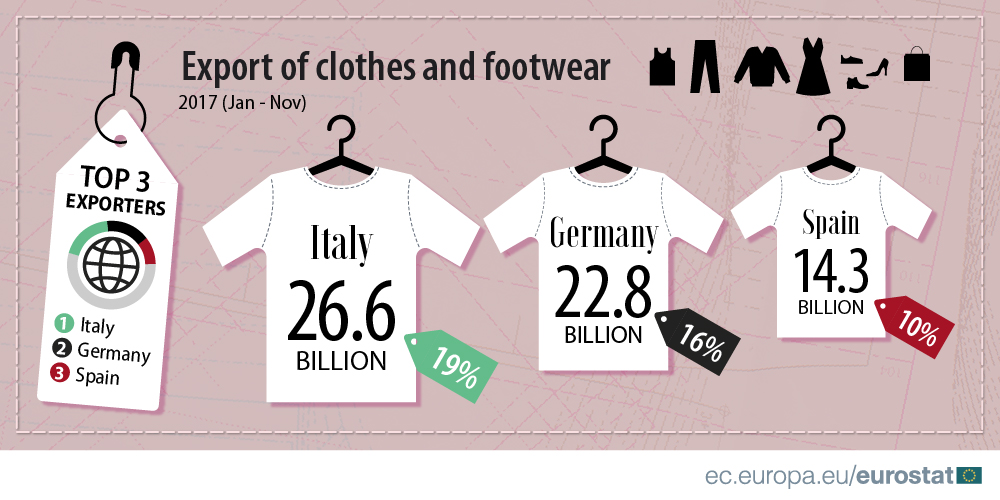 Germany, the largest importer of clothes and footwear

The EU Member States exported almost €21 billion worth of female suits, jackets, blazers, dresses and skirts, accounting for one fifth of total EU clothes exports (21%). At the same time, €29.0 billion worth of the same group of products were imported into the EU, representing 20% of total clothes imports.

Male suits, jackets, blazers and trousers with a value of €12.8 billion were exported, or 13% of total clothes exports. At the same time, the EU imported €18.1 billion worth of the same items, 12% of all clothing imports.

The third largest category of clothing and footwear imports and exports was jerseys, pullovers, cardigans, waistcoats and similar articles for males and females. Exports of these items had a value of €11.2 billion, accounting for 11% of total clothing exports. The EU Member States imported €17.3 billion worth of the same items - 12% of total clothing imports.

Bulgaria was the least expensive country for clothing (21% lower than the EU average), followed by Hungary (15%) and Poland (12%).

In 2016, the highest share of household expenditure spent on clothing and footwear was recorded in Estonia (7% of total expenditure), followed by Italy and Portugal (both 6%), while these shares were lowest in Bulgaria (3%), Hungary and the Czech Republic (both 4%). 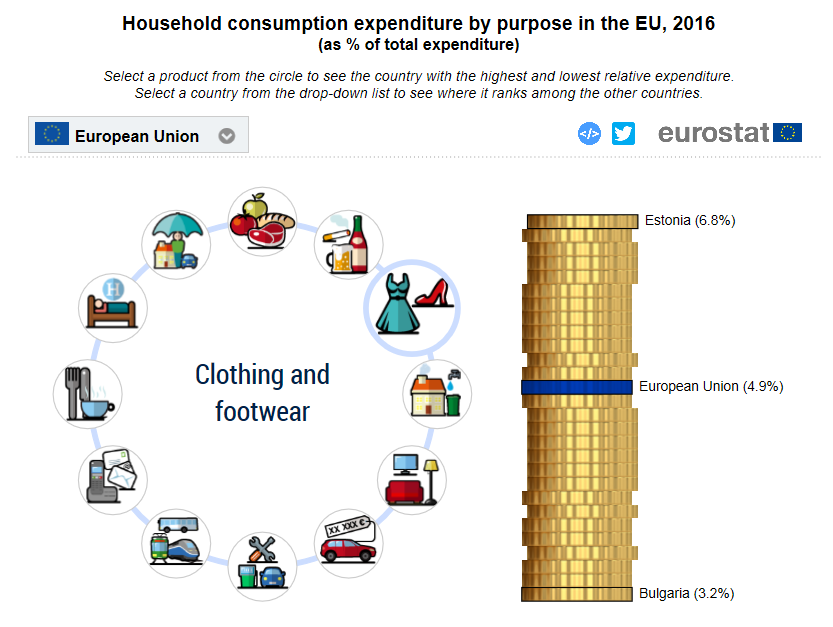 A data visualisation tool on consumer price levels in the EU