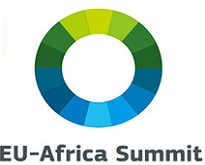 We are publishing this information on trade in goods between the African continent and the European Union (EU) to mark the EU – Africa summit, taking place in Abidjan on 29-30 November. 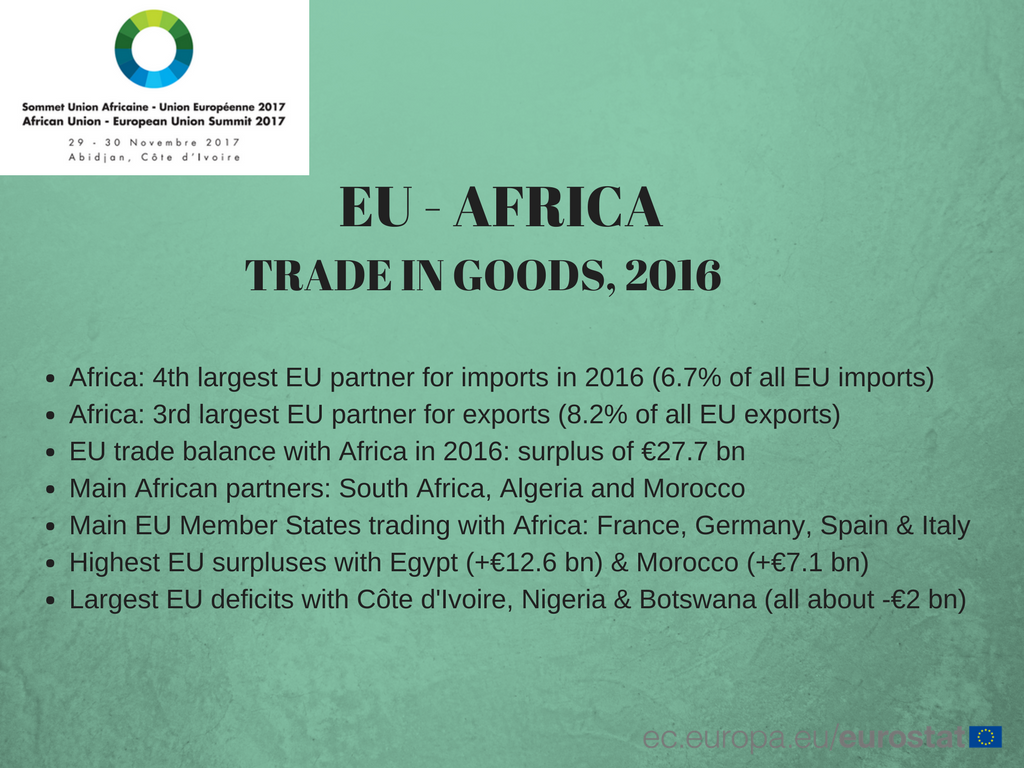 Africa as a whole represents the fourth most important EU trading partner after the United States, China and Switzerland, accounting for 7.5% of total extra-EU trade in goods in 2016. In 2006, Africa accounted for 8.4% of EU trade and was EU's third main trading partner. Over this 10-year time period, the share of Africa in extra-EU imports fell from 8.7% in 2006 to 6.7% in 2016, while its share in exports remained roughly stable at around 8%.

After a significant decrease in 2009 following the economic and financial crisis, the value of EU imports of goods from Africa recovered until 2012 to hit a high of €185.8 billion. It then continuously fell to €115.1 bn in 2016. 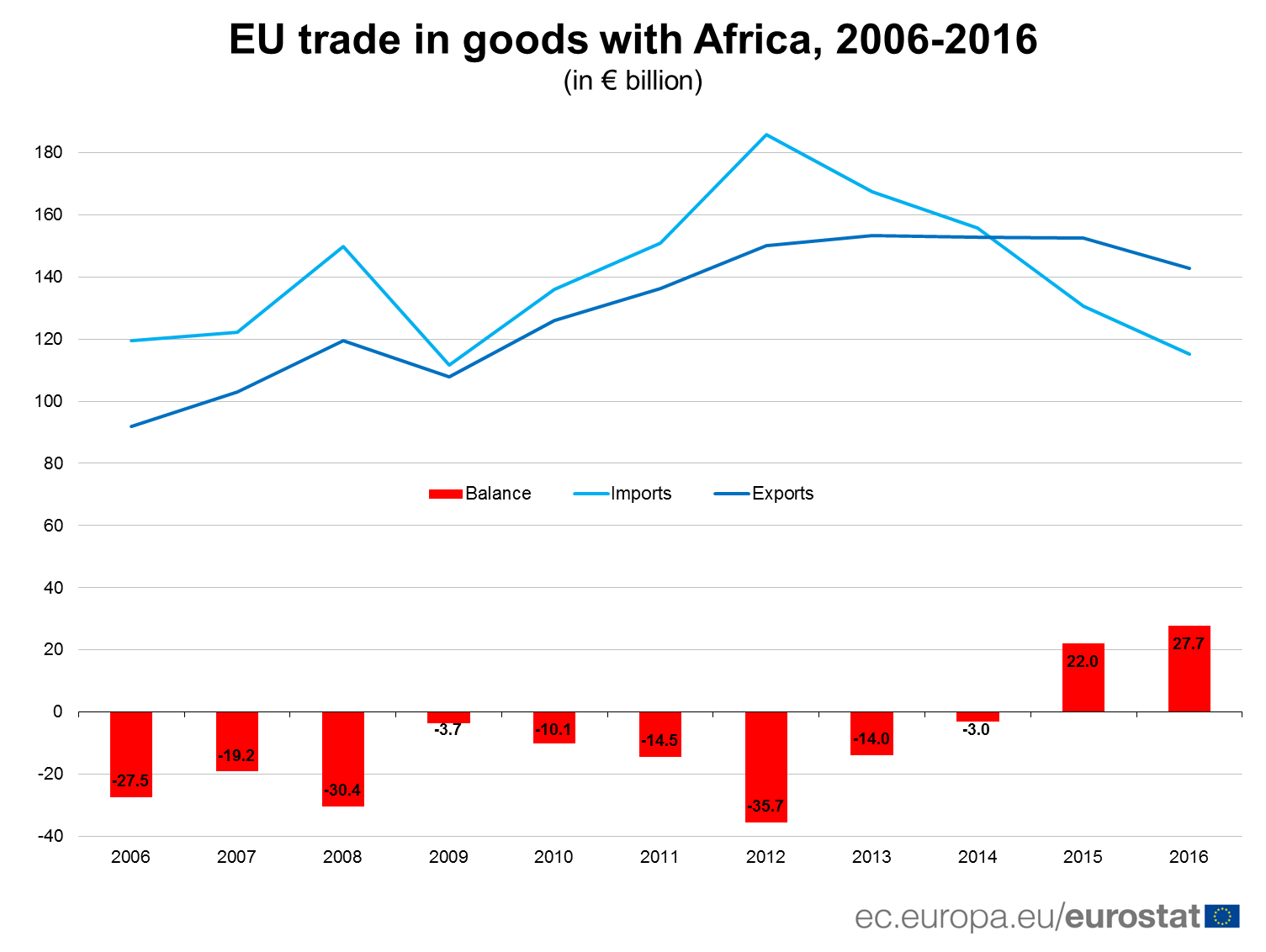 Six countries make up 70% of EU trade with Africa