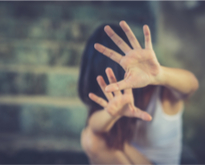 More than 9 in 10 rape victims and more than 8 in 10 sexual assault victims were girls and women, while nearly all those imprisoned for such crimes were male (99%).

Number of sexual violence offences relative to the population: highest in Sweden and the UK

It should be borne in mind that the figures do not necessarily reflect the actual number of violent sexual crimes. Rather they show to what extent such crimes are reported to and recorded by police. Therefore the variation between countries is also influenced by general awareness and attitudes to sexual violence offences.

This news item marks the International Day of the Elimination of Violence Against Women (25 November).

* Due to the different legal systems in force, data for the United Kingdom are only available at subnational level.

Figures for each category refer to the most recent year for which data are available.