Mental health: how many psychiatrists in the EU?

Print Mental health: how many psychiatrists in the EU? 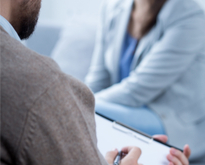 However, to be able to compare the shares by country, these absolute numbers need to be adjusted to the size of the population. Please be aware that the data are not fully comparable due to differences in reporting between Member States.

Highest number of psychiatrists per inhabitant in Finland, Sweden, the Netherlands and France 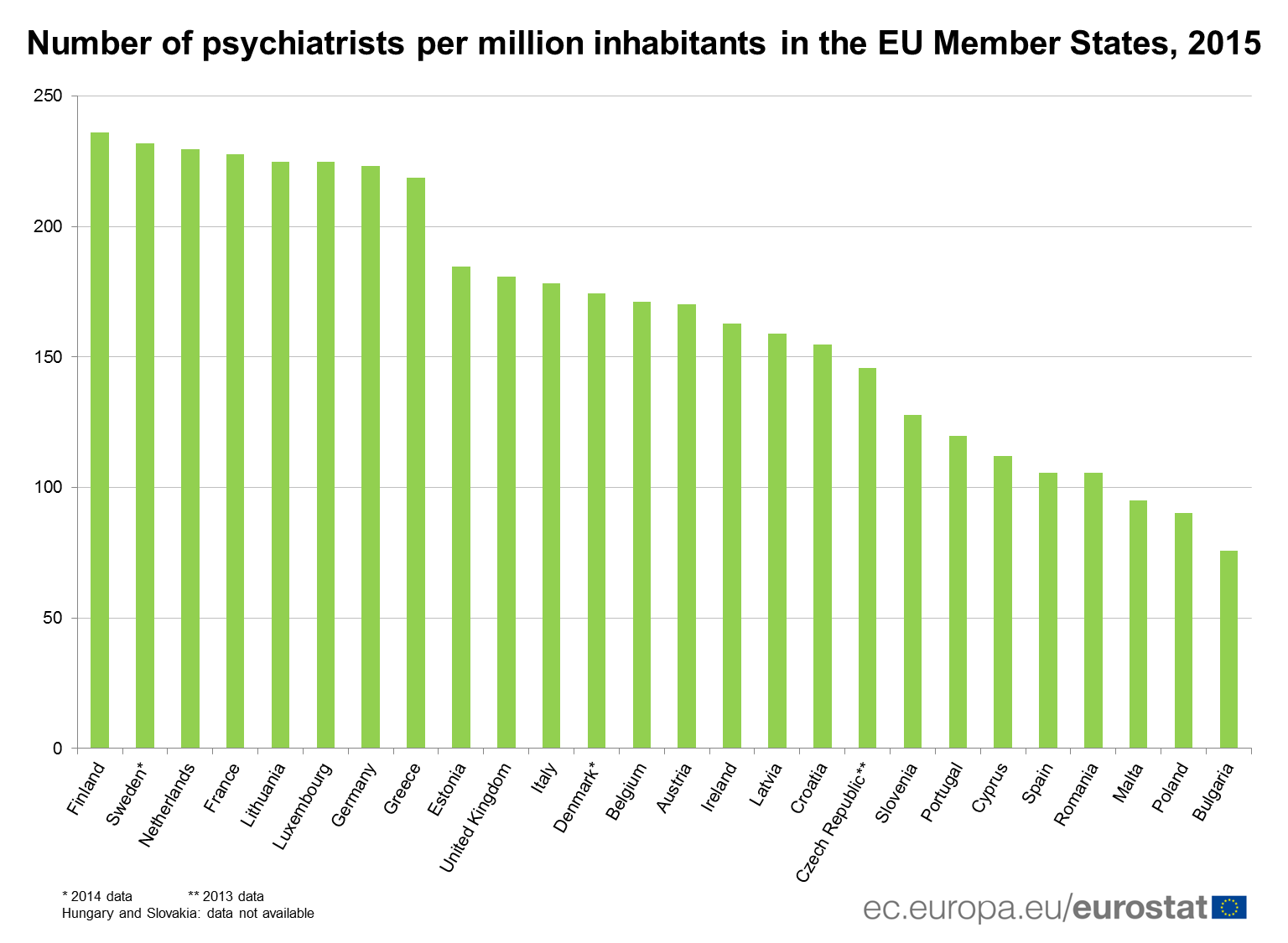 Mental and behavioural disorders killed 183 500 people in the EU in 2014, the large majority (87%) due to dementia. Women accounted for around two-thirds of these deaths.