EU food and drink exports: US is main destination

Print EU food and drink exports: US is main destination 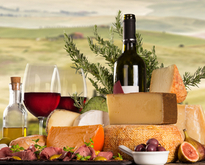 European Union (EU) trade in food and drink as primary goods (commodities) has been growing since 2009, with exports growing stronger than imports. The EU was traditionally a net importer, but has recorded a trade surplus since 2012.

The United States was the main destination for EU exports of food and drink with a 16 % share. It was followed by China (8 %), Switzerland (6 %) and Japan (5 %). The two largest suppliers of EU imports were Brazil and the United States, each with an 8 % share. 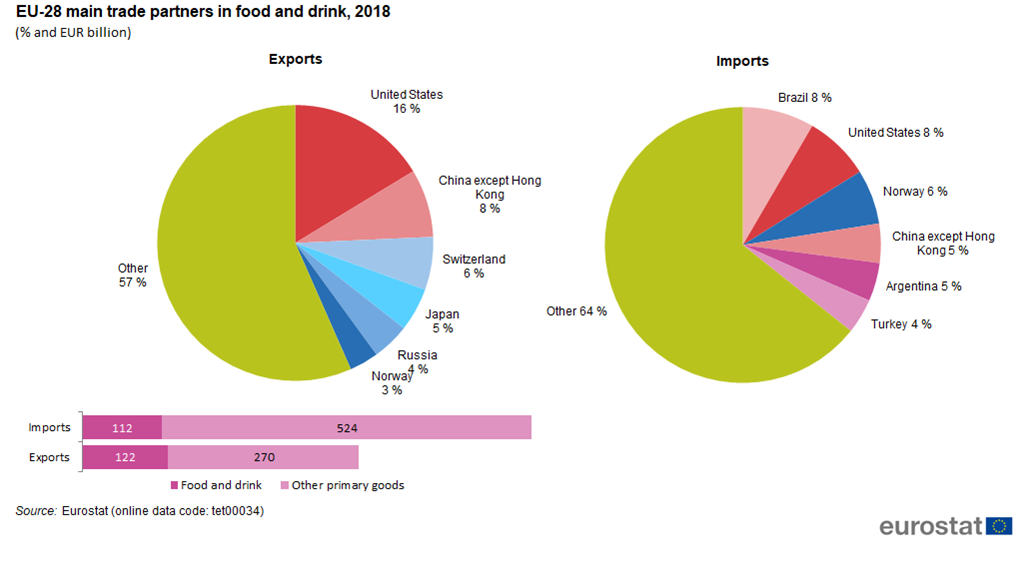 The product group ‘food and drink’ includes agricultural products such as food and live animals, beverages and tobacco and is classified in the Standard International Trade Classification (SITC) as Sections 0 and 1.

More details on trade in food and drink can be found in the Statistics Explained articles on extra-EU trade in primary goods and on agricultural goods.