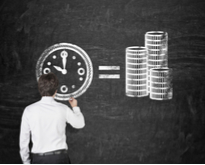 In 2016, the average rate of compensation of employees in the European Union (EU), in terms of wages, salaries and employers' social contributions, ranged from €44 per hour worked, in the Brussels city region and in Luxembourg, to below €4 per hour worked in three regions in Bulgaria (Severen tsentralen, Severozapaden and Yuzhen tsentralen) and the Nord-Est region of Romania.

The corresponding average across the EU as a whole in 2016 was €23 per hour. 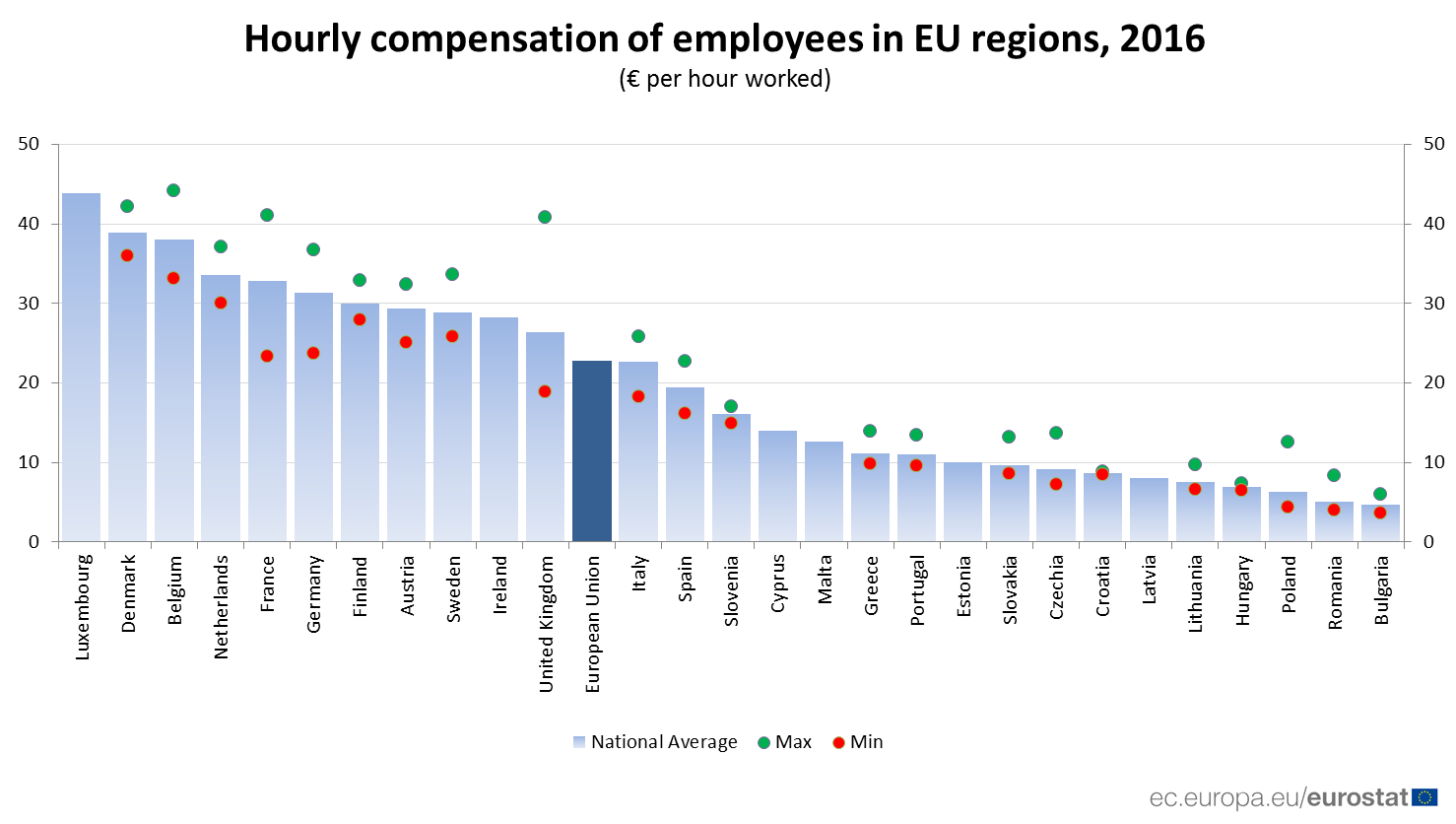