One in ten Europeans in arrears with payments - Products Eurostat News

Back One in ten Europeans in arrears with payments

Print One in ten Europeans in arrears with payments 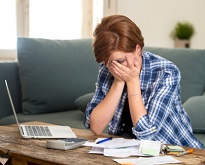 In 2016, 10.4% of the population in the European Union (EU) were in arrears with their mortgage, rent or other items, such as utility bills or hire purchase payments, which are typically paid as monthly instalments. In other words, one in ten people in the EU had such outstanding debts and delayed payments in 2016.

Arrears relating to mortgage, rent and other payments

At the opposite end of the scale, half (14 out of 28) of the Member States recorded that less than 10% of their population were in arrears with mortgage or rent, utility bills or hire purchase payments. The smallest proportions were 5.0% in the Netherlands, 4.4% in the Czech Republic and 4.2% in Germany. 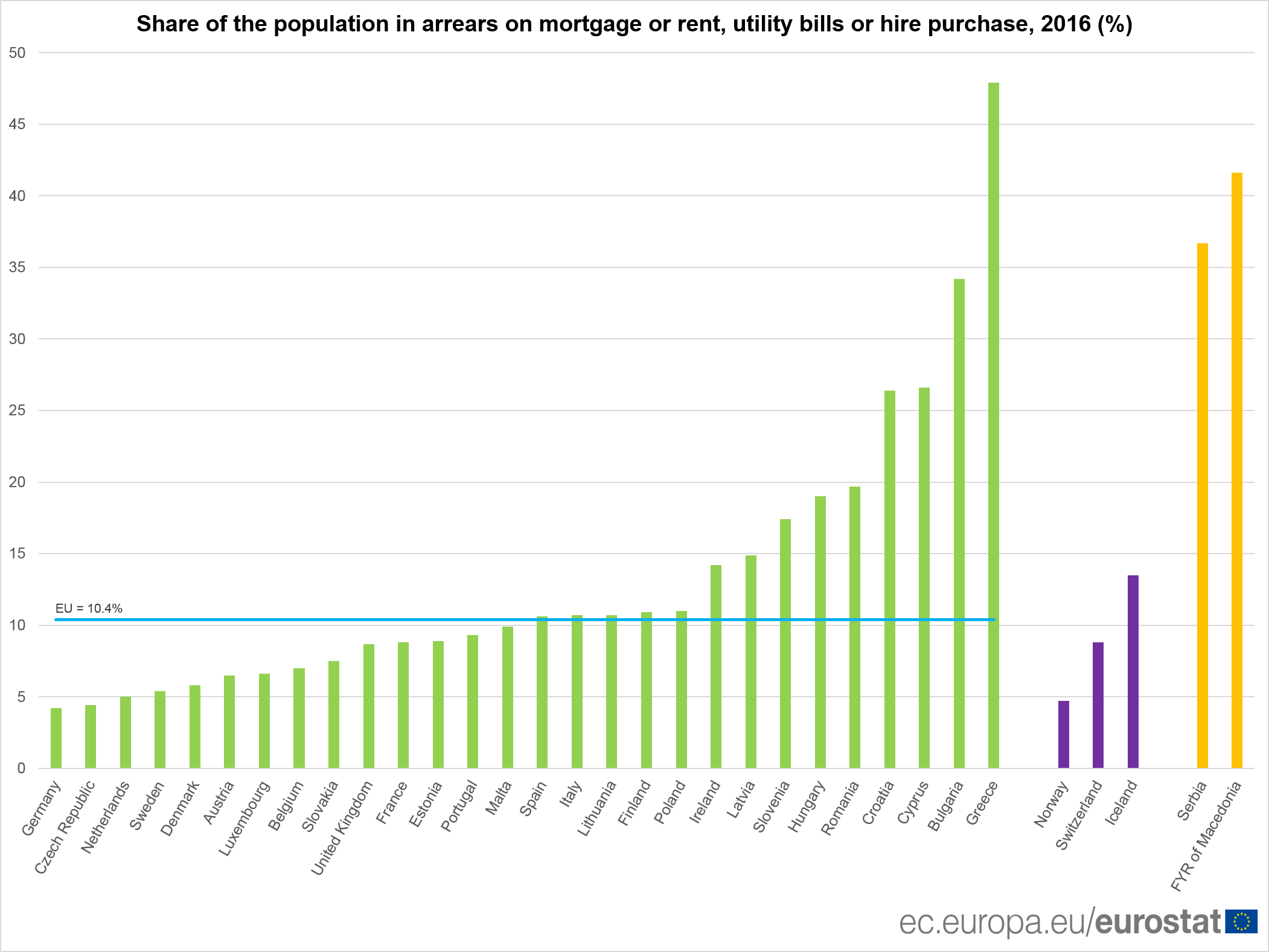 Highest share of mortgage or rent arrears in Greece

When looking at the share of the population who were in arrears with mortgages or rental payments, so excluding utility bills or hire purchase payments, the highest percentage in the EU was also recorded in Greece, where 15.3% of the total population had outstanding debts of this kind in 2016. This was considerably higher than in any of the other EU Member States. The next highest proportion was recorded in Cyprus (8.6%), followed by Spain and France (both 5.2%), Hungary (5.1%), Finland (4.9%) and Italy (4.2%).

In contrast, the percentage of the population in arrears was below 2% in seven EU Member States: Estonia (1.8%), Germany (1.6%), Ireland and Lithuania (both 1.4%), Croatia and Poland (both 1.3%) and Romania (0.9%). However, these low levels may be partially related to the small percentage of the population who had a mortgage or were renting at market prices, indicating that they had either already paid their mortgage or were not paying rent at market prices. 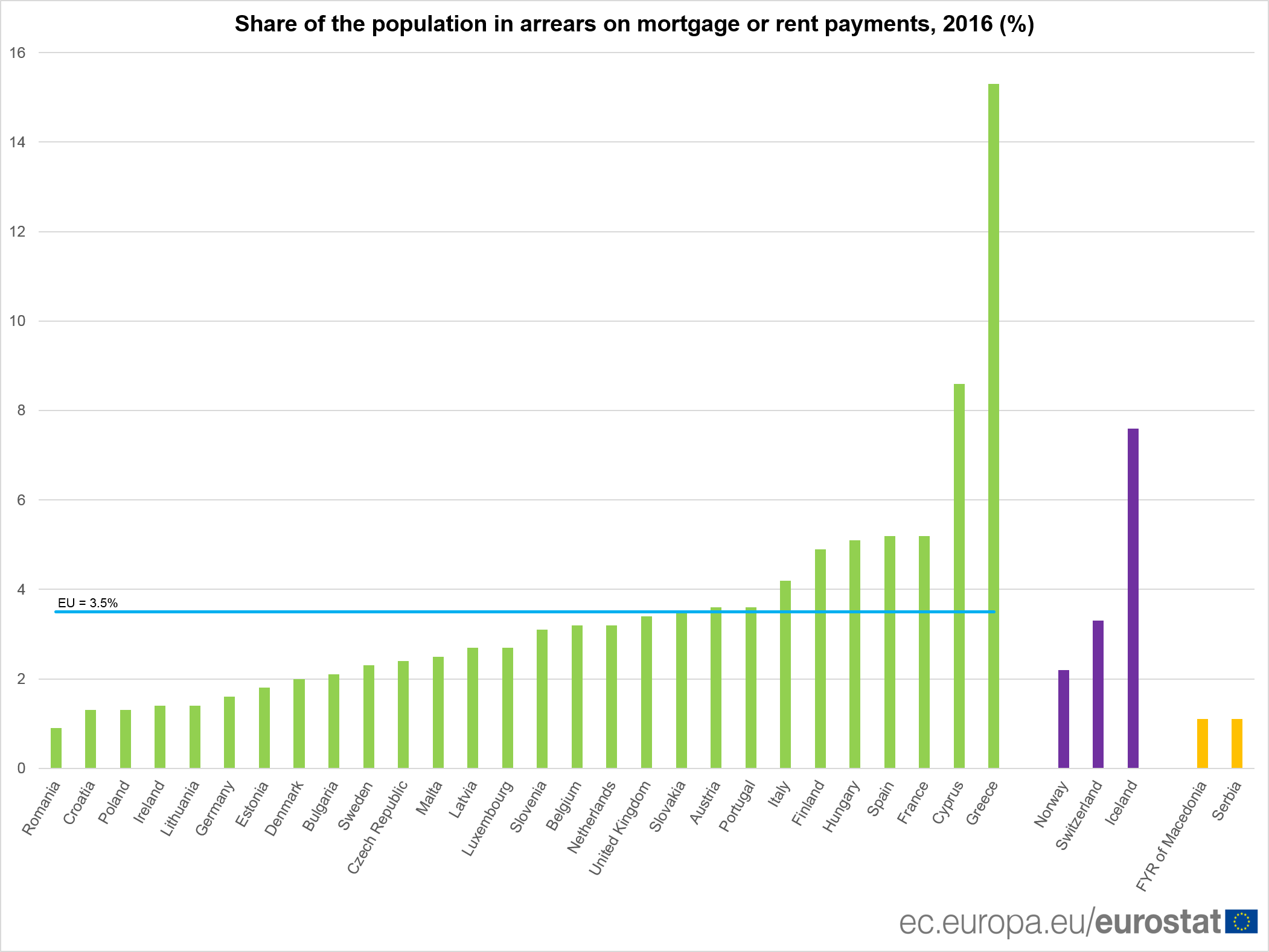 Further information on this topic can be found in our Statistics Explained article.