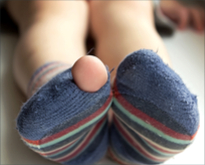 In 2016, the risk of poverty for children in the EU who had at least one parent with foreign citizenship stood at 35.8%, almost twice as high than it was for children whose parents were both nationals (18.8 %). This pattern was to be found in all but four of the EU Member States for which data are available: the exceptions being Latvia, Poland, Bulgaria and Hungary.

In Sweden, children with at least one parent with foreign citizenship were six times as likely to be at risk of poverty than children whose parents were nationals. Slovenia (4.7 times as likely), Denmark (3.9 times), Austria and Finland (both 3.5 times) also recorded relatively large differences.

Further information is provided in the Statistics Explained article Migrant integration statistics – at risk of poverty and social exclusion. 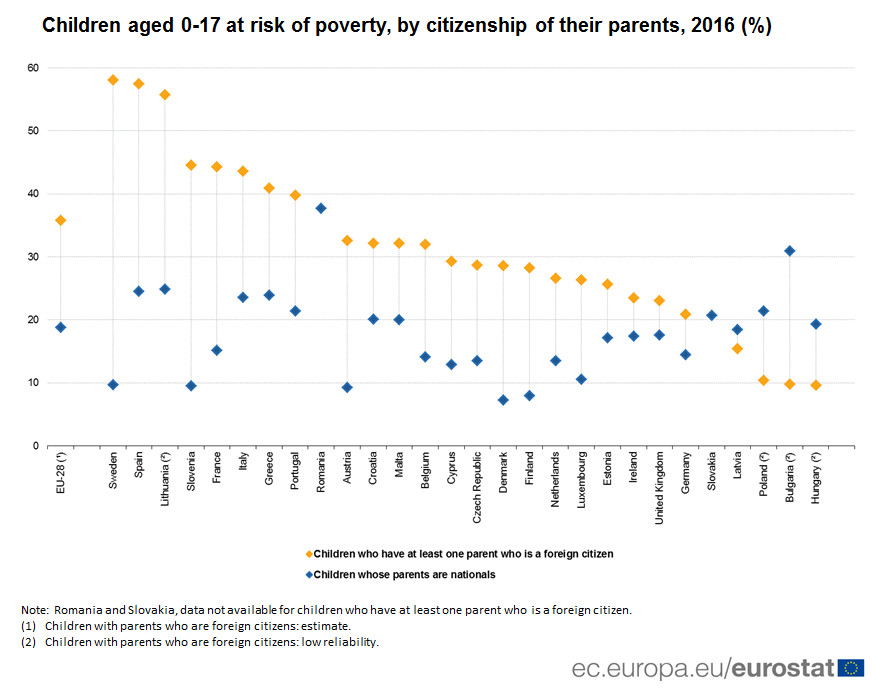