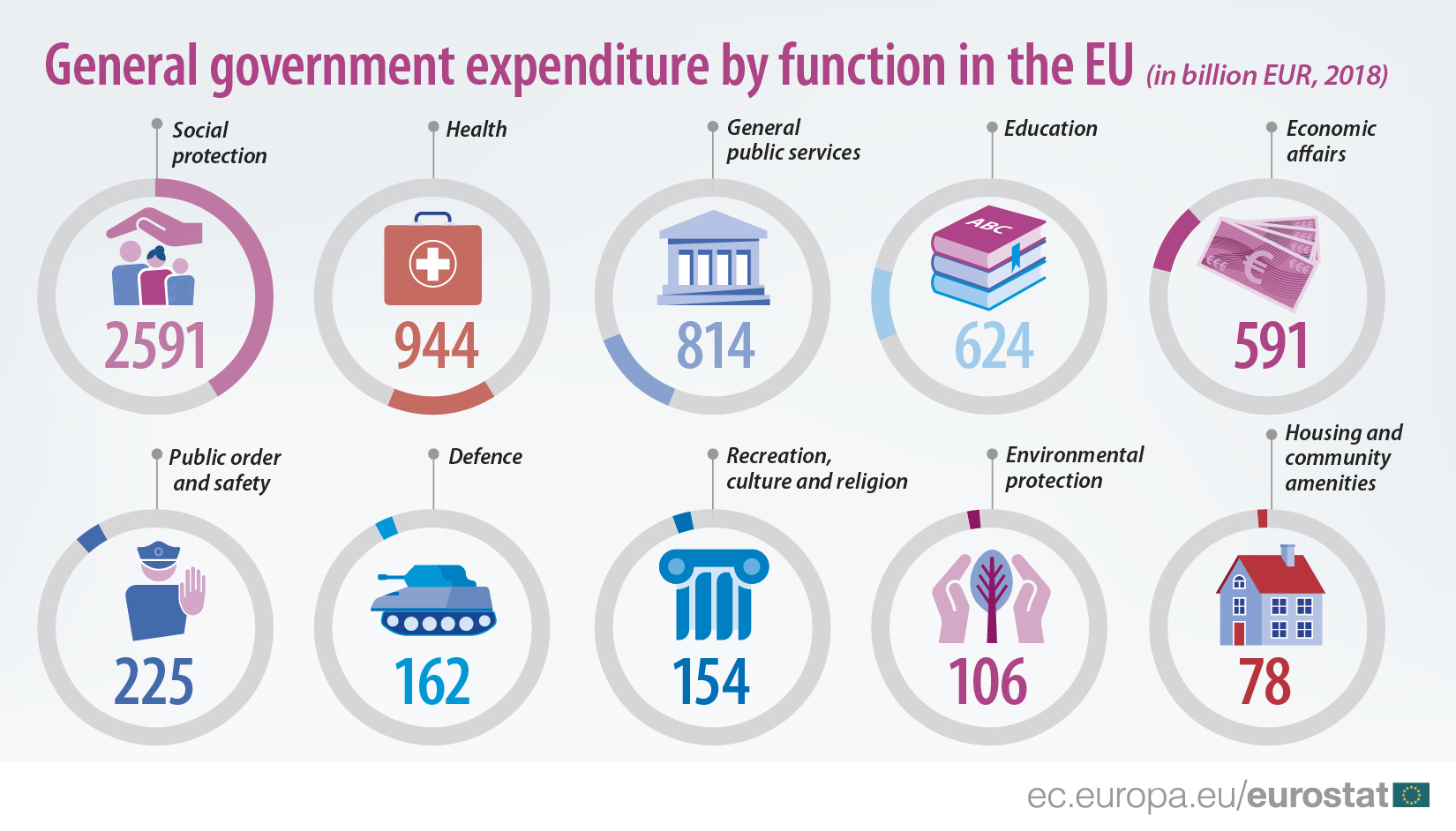 General government expenditure amounted to 46.7 % of EU GDP in 2018 and remained unchanged as compared to 2017, using the latest available aggregated data. 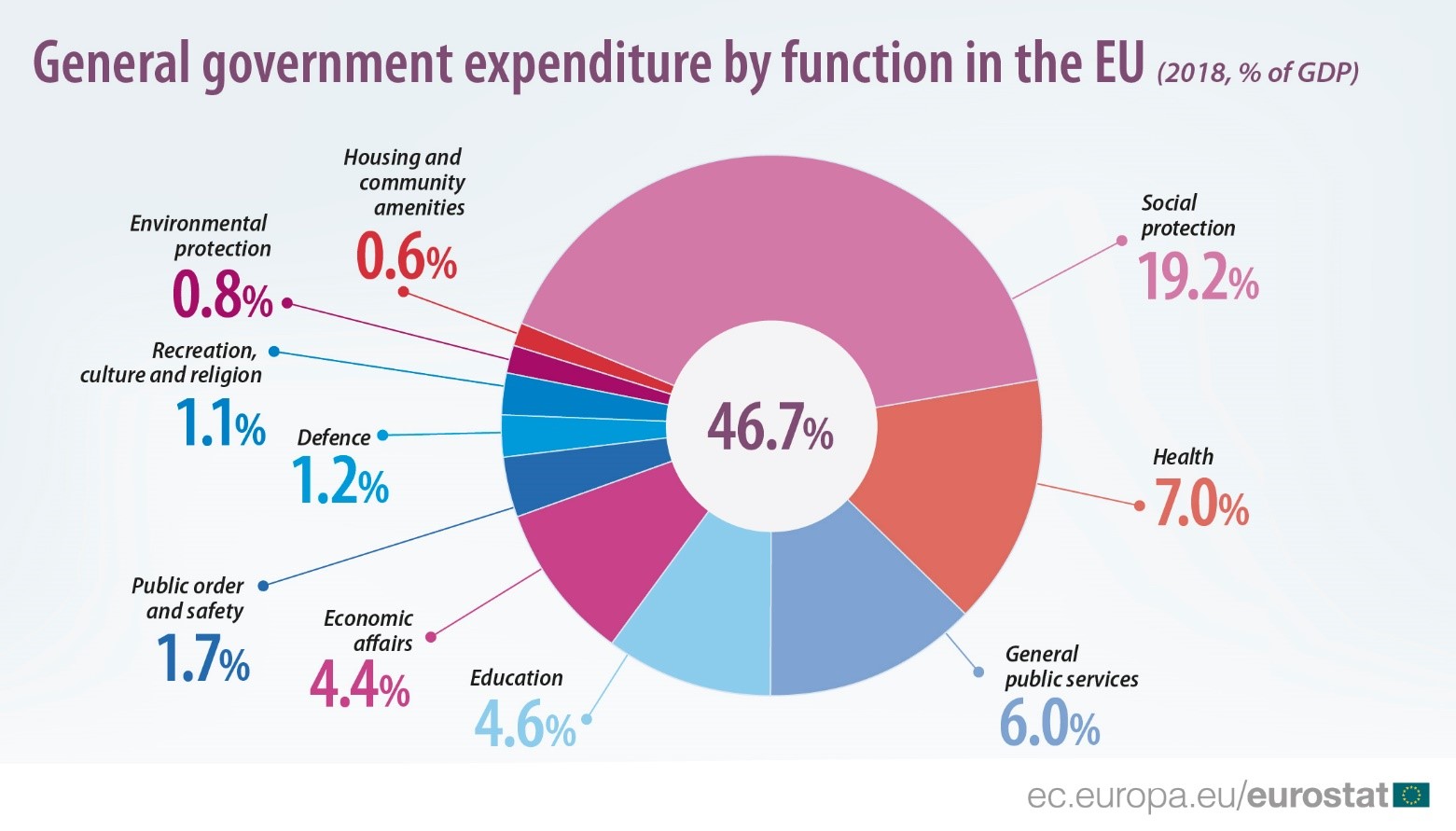 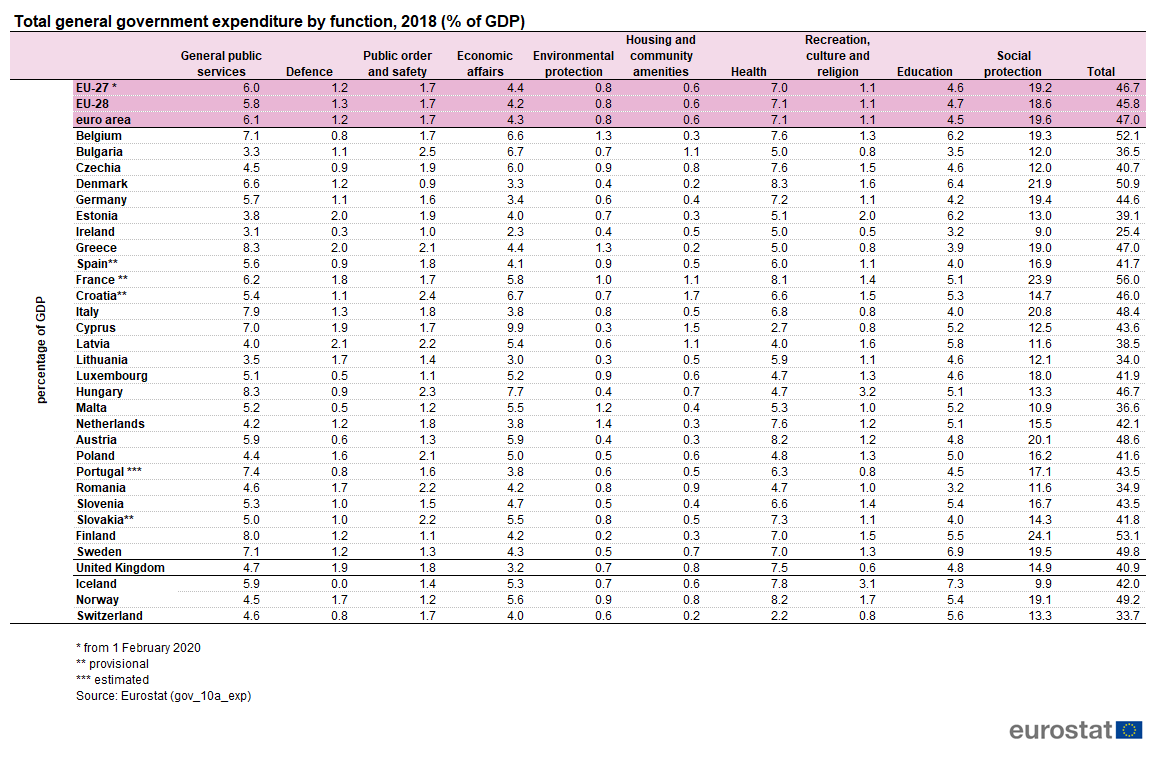 Between 2001 and 2007, total general government expenditure decreased as a ratio to GDP from 47.1 % of GDP in 2001 to 45.6 % of GDP in 2007. This decrease was mainly reflected in the functions 'general public services' and 'social protection'. During the first three years of the economic and financial crisis (2007-2009), government expenditure as a percentage of GDP grew in the EU. It increased from 45.6 % of GDP in 2007 to 50.6 % in 2009, which was partially due to a lower GDP. Apart from an increase between the years 2011 and 2012 (from 49.1 % of GDP to 49.7 % of GDP), it has steadily decreased ever since, and remained stable at 46.7 % of GDP between 2017 and 2018. This gradual decrease was partly the result of the fiscal consolidation measures, renewed economic growth and counter-cyclical reactions of government expenditure. In recent years, one-off expenditure to support financial institutions has been decreasing. 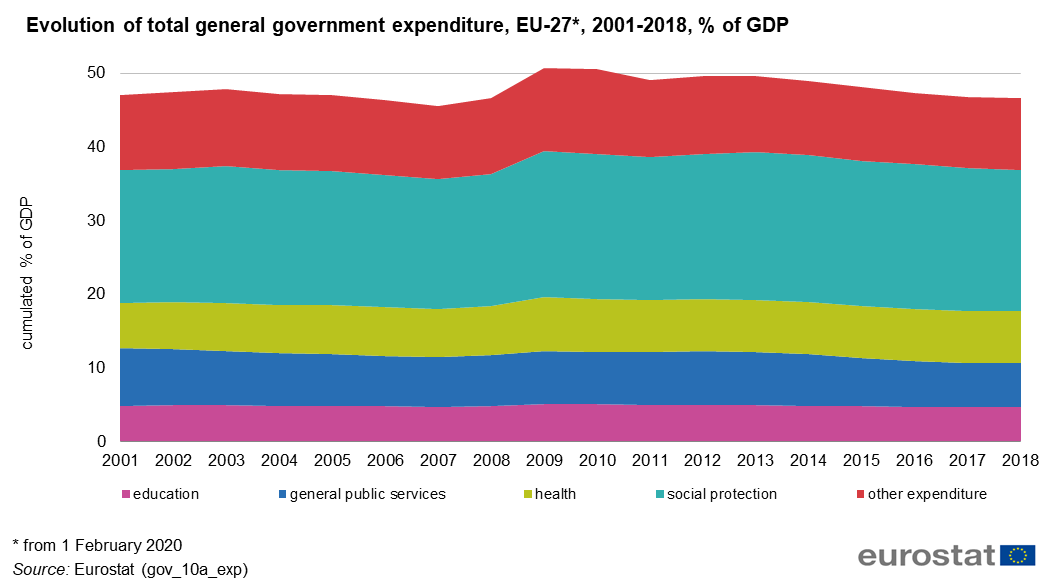 Relatively stable shares of total expenditure over 2001-2018 are noted for 'public order and safety', 'economic affairs' (although a peak is noted in 2010 due to the high level of capital transfers to support financial institutions at the height of the financial crisis), 'environmental protection' and 'recreation, culture and religion'. 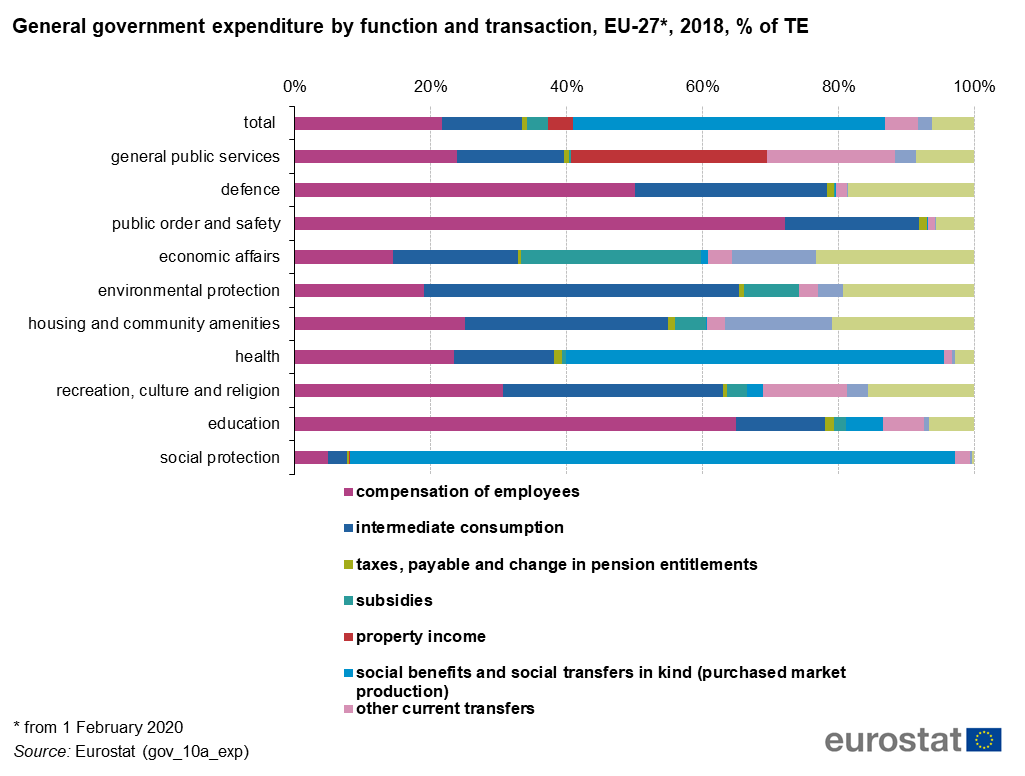 Intermediate consumption made up nearly 12 % of government expenditure in the EU-27 in 2018. It consists of government purchases of goods and services, excepts where these are regarded as capital formation. Important amounts were assigned to the functions 'health', 'general public services and economic affairs'.

Capital investments made up around 6 % of general government total expenditure in the EU-27 in 2018. They were concentrated in the division 'economic affairs', which includes notably the group 'transport'. 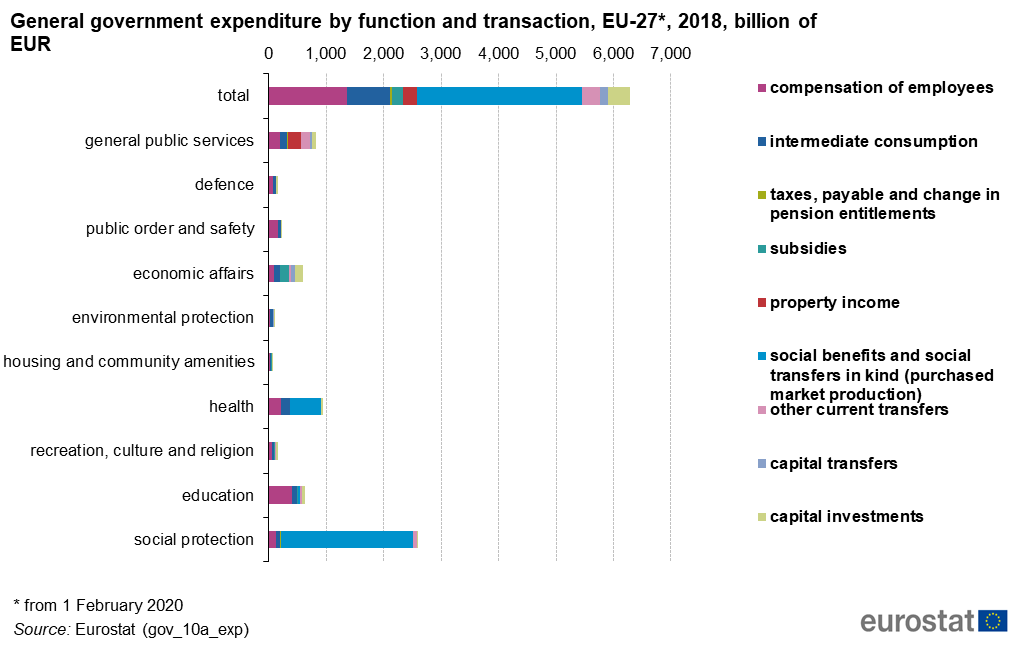 The Classification of the Functions of Government (COFOG) classifies government expenditure into ten main categories (divisions known as the 'COFOG I level' breakdown): general public services; defence; public order and safety; economic affairs; environmental protection; housing and community affairs; health; recreation, culture and religion; education; social protection. These divisions are further broken down into 'groups' (COFOG II level). Further information is available in the Eurostat Manual on sources and methods for the compilation of COFOG Statistics.

In the framework of the European System of National Accounts (ESA 2010), Eurostat collects data on general government expenditure by economic function according to the international Classification of the Functions of Government (COFOG).