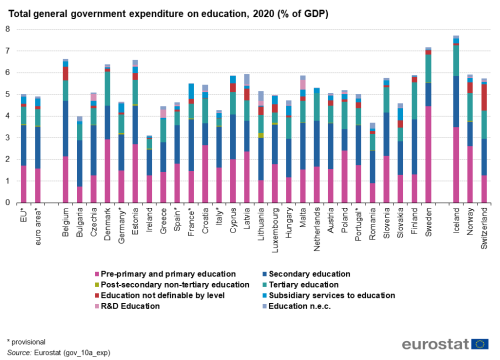 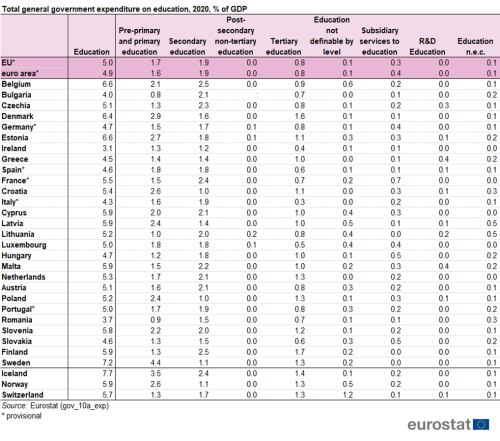 − For 'education', the groups are