Zurück Reductions in pig and bovine populations in the EU

Print Reductions in pig and bovine populations in the EU 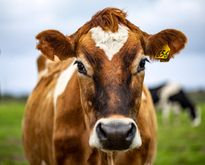 The EU has a sizeable livestock population of pigs and bovine animals. In May/June 2022, the bovine population had decreased by 2% and the pig population by 5% compared with the same period in 2021, based on the available results of Member States with at least 1.5 million bovines and/or 3 million pigs.

Poland’s pig herd decreased by 1.4 million in one year

In May/June 2022, a major decrease in pig population was reported in Poland (a decline of 1.4 million head, the equivalent of -13%). The main type of pigs lost were the sows, covered for the first time. This points to a reduction in the number of breeding animals for the coming years. 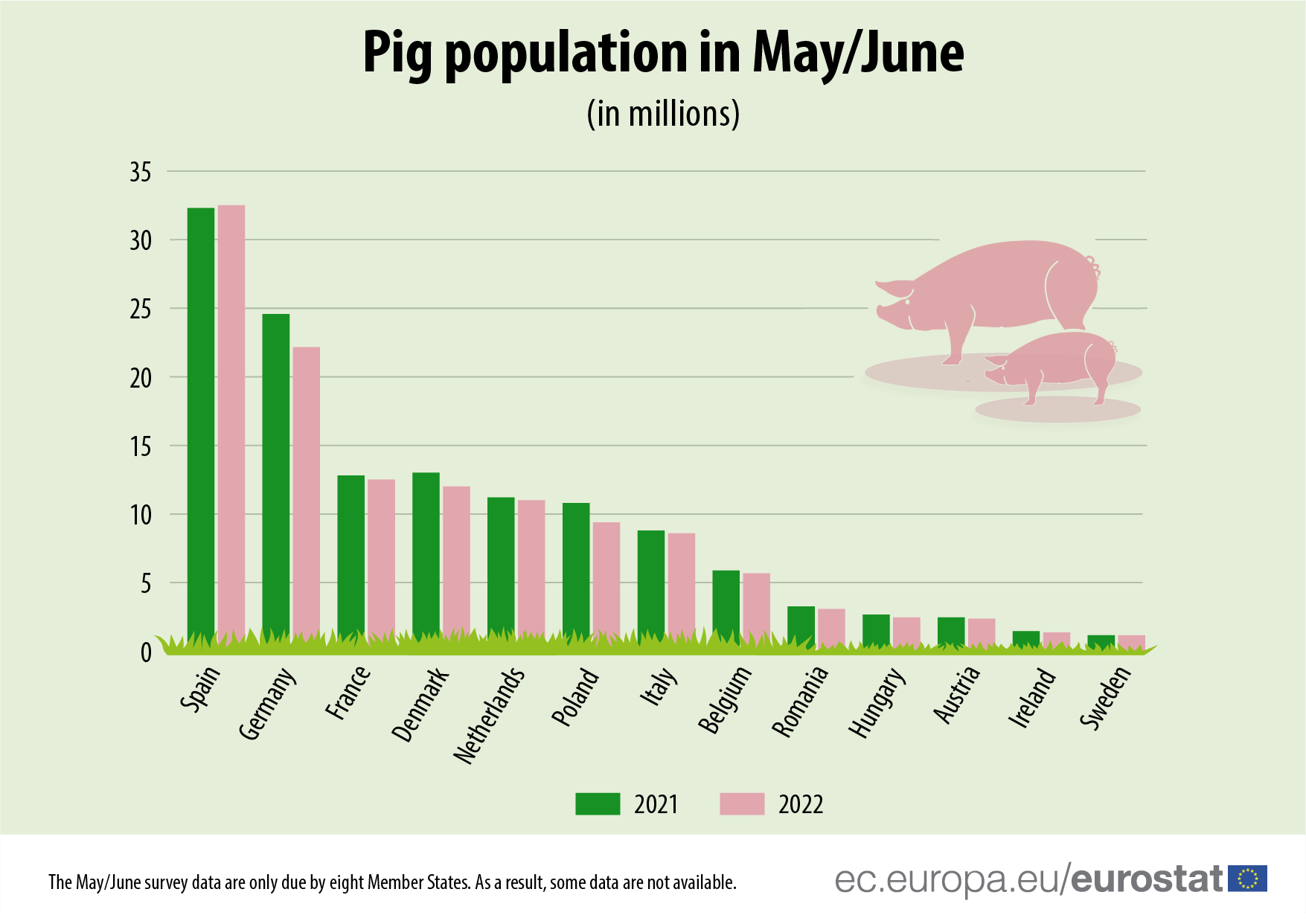 The decrease was part of a general trend; all Member States with more than three million pigs reported declines. The decreases recorded in Poland, Germany (-10%; -2.4 million) and Denmark (-8%; -1 million) were the sharpest.

The category of bovine animals most impacted were the young bovines (under 1 year) for slaughtering (-7%) and the breeding bovines, heifers and non-dairy cows (all -3%). 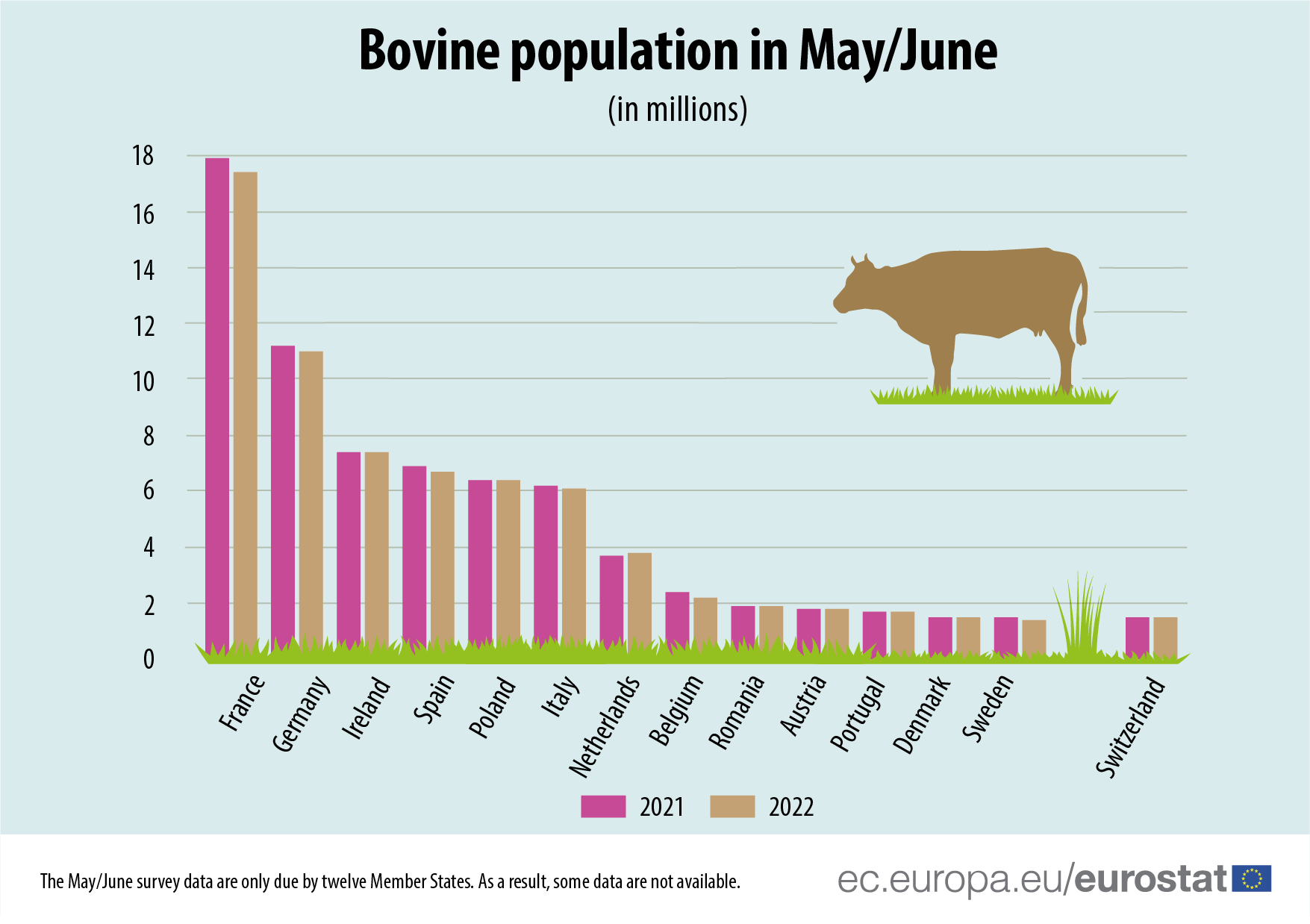