Gender pay gap in the EU down to 13.0% - Products Eurostat News

Inequality between women and men is present in many areas, and one of the fields where this is most debated is earnings. One way of measuring this imbalance is the unadjusted gender pay gap, which shows the difference between the average gross hourly earnings of men and women expressed as a percentage of the average gross hourly earnings of men. This indicator is calculated for enterprises with 10 or more employees.

This information comes from data released by Eurostat recently. 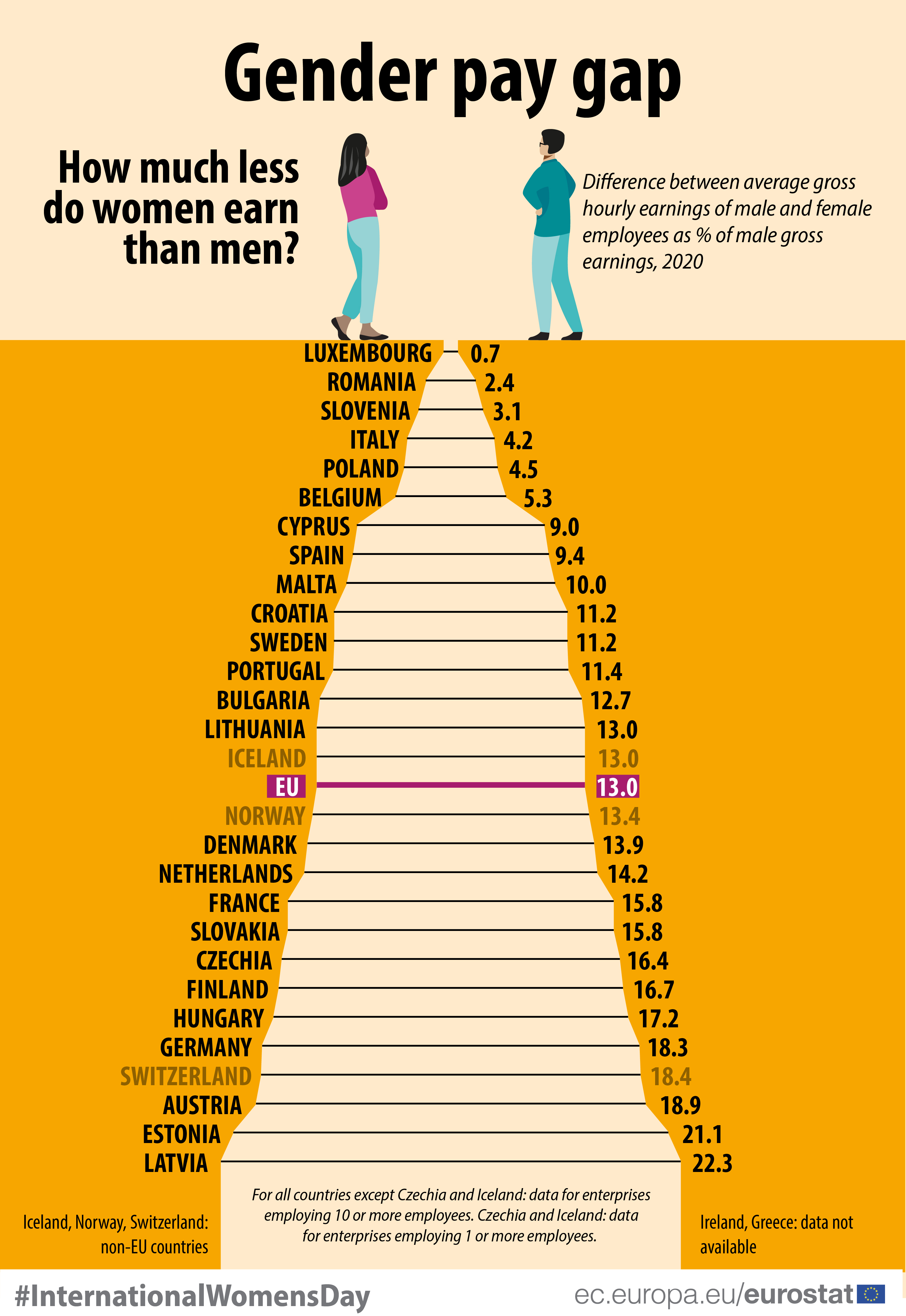 As an unadjusted indicator, the gender pay gap gives an overall picture of the differences between men and women in terms of earnings and measures – a concept which is broader than discrimination in the sense of "equal pay for work of equal value". Parts of the difference in earnings of men and women can be explained by differences in the average characteristics of male and female employees and differences in the financial returns for the same characteristics. In the methodological study ‘Gender Pay Gaps in the European Union – a statistical analysis’, both drivers of the unadjusted gender pay gap are analyzed based on the most recent edition of the four-yearly Structure of Earnings Survey (SES).

This is one of the topics that will be discussed during the Eurostat gender statistics webinar being held today 7 March at 11 AM, on the occasion of International Women's Day. This article is part of a series of articles published in the run-up to the international day.