Back Over 13 million people employed in tourism in EU

Print Over 13 million people employed in tourism in EU 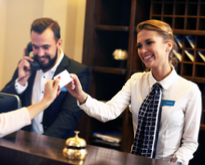 In 2017 over 13 million people in the European Union (EU) were employed in economic activities related to tourism. Nearly 8 million of these people worked in the food and beverage industry, while 2 million were employed in transport.

The three industries that rely almost entirely on tourism (accommodation, travel agencies/tour operators and air transport) employed 3.6 million people in the EU. The remainder of this news item focuses on these three industries.

The proportion of part-time employment in the tourism industries (24 %) is significantly higher than in the total non-financial business economy (17 %) and is comparable to the figure for the services sector as a whole (22 %). 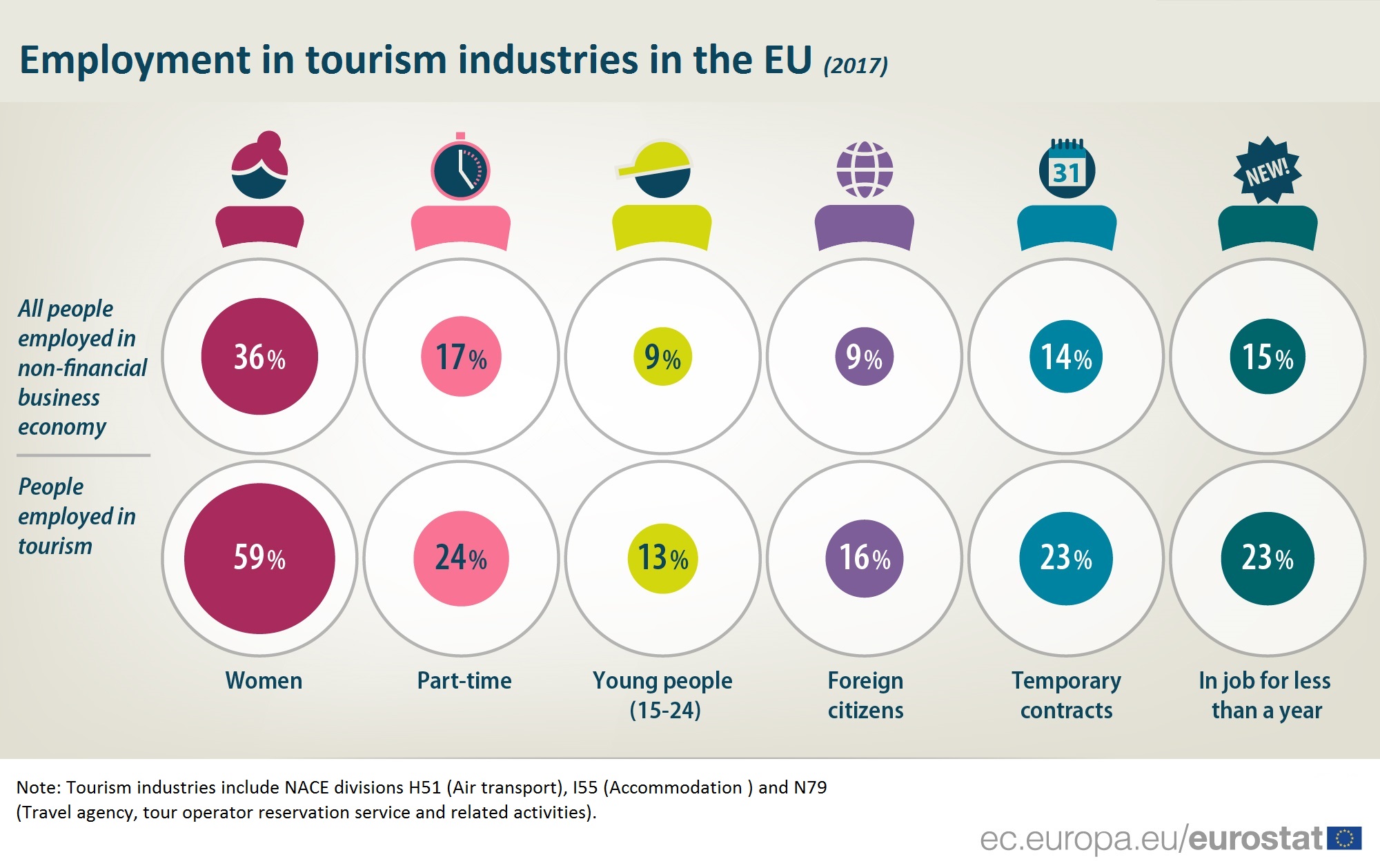 With 13 % of workers aged 15 to 24 compared with 9% for services or for the non-financial business economy, the tourism industries have a particularly young labour force, as these industries can make it easy to enter the job market. In Ireland, the Netherlands, Denmark and the United Kingdom, the proportion of people aged 15 to 24 employed in tourism exceeds 20 % and in all four countries the share is significantly above the proportion seen in the economy as a whole.

Nearly one in six people employed in tourism are foreign citizens

On average, foreign citizens account for 16 % of the labour force in the tourism industries (9 % are from other EU Member States and 7 % are from non-EU countries). In the total non-financial business economy the proportion of foreign citizens is 9 %.

The likelihood of occupying a temporary job is significantly higher in tourism than in the total non-financial business economy (23 % versus 14 % of people employed).

Similarly, the likelihood of an employee holding their current job for less than one year is also significantly higher in tourism than in the non-financial business economy as a whole (23 % versus 15 %).

All figures are for 2017. For more information on employment in tourism industries, including the source data, take a look at the latest Statistics Explained article on this topic available here.