null Municipal waste generation up to 505 kg per person

Print Municipal waste generation up to 505 kg per person

Municipal waste generation varied considerably among the EU Member States. In 2020, Denmark and Luxembourg were the highest generators of municipal waste, with 845 kg and 790 kg per capita, respectively, followed by Malta (643 kg) and Germany (632 kg). 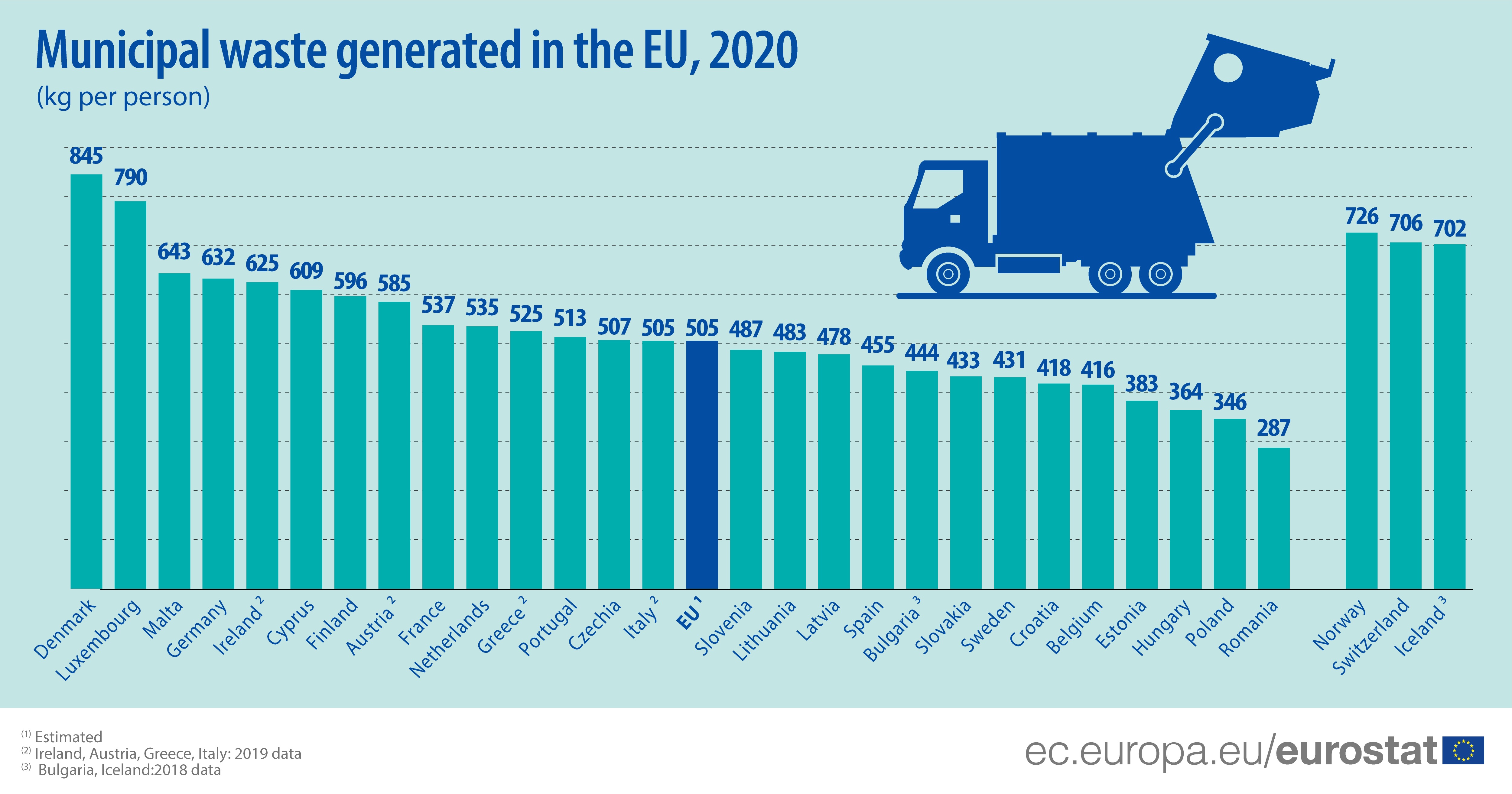 The variations across countries reflect differences in consumption patterns and economic wealth and also differences in the collection and management of municipal waste. Countries differ regarding how much waste from commerce, trade and administration is collected and managed together with the waste from households.