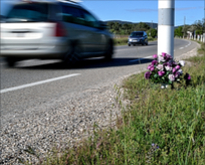 In 2019, the number of persons killed in road traffic accidents decreased by 2.5% compared to 2018. The total number of people who died in road accidents in the EU was 22 756, of which 44% were passenger car occupants, 20% pedestrians, 16% on motorcycles, 9% on bicycles and 11% in other categories (including light and heavy goods vehicles, buses and coaches, mopeds and other vehicles). 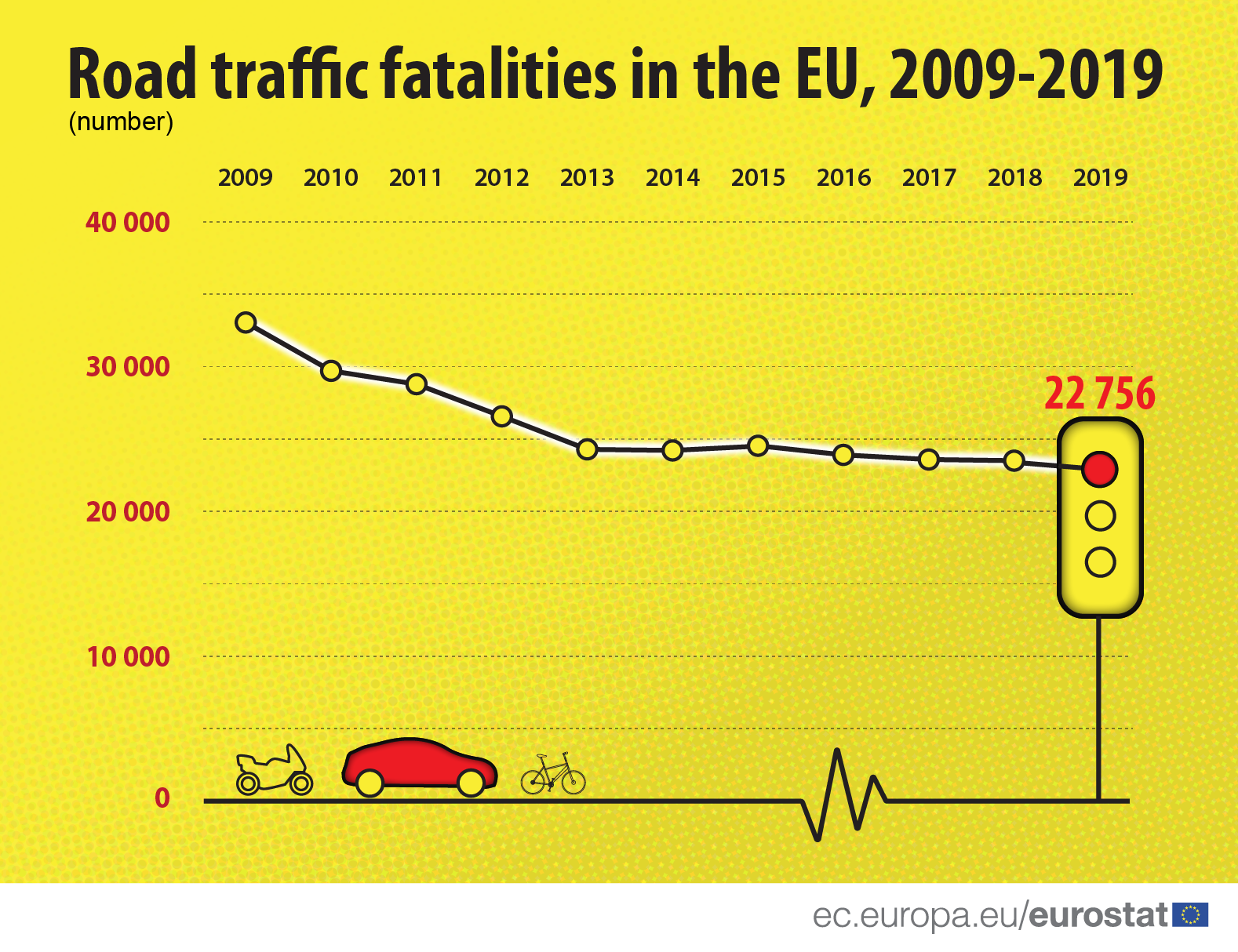 Number of road fatalities relative to the population lowest in Sweden and Ireland, highest in Romania and Bulgaria

Compared with the population of each Member State, the lowest rates of road fatalities in 2019 were observed in Sweden (22 road traffic victims per million inhabitants), Ireland (29), Malta (32), the Netherlands and Denmark (both 34), ahead of Germany and Spain (both 37).

At the opposite end of the scale, the highest rates were recorded in Romania (96 road traffic victims per million inhabitants), Bulgaria (90), Poland (77) and Croatia (73).

In 2019, there were in total 51 road traffic victims per million inhabitants in the EU as a whole. 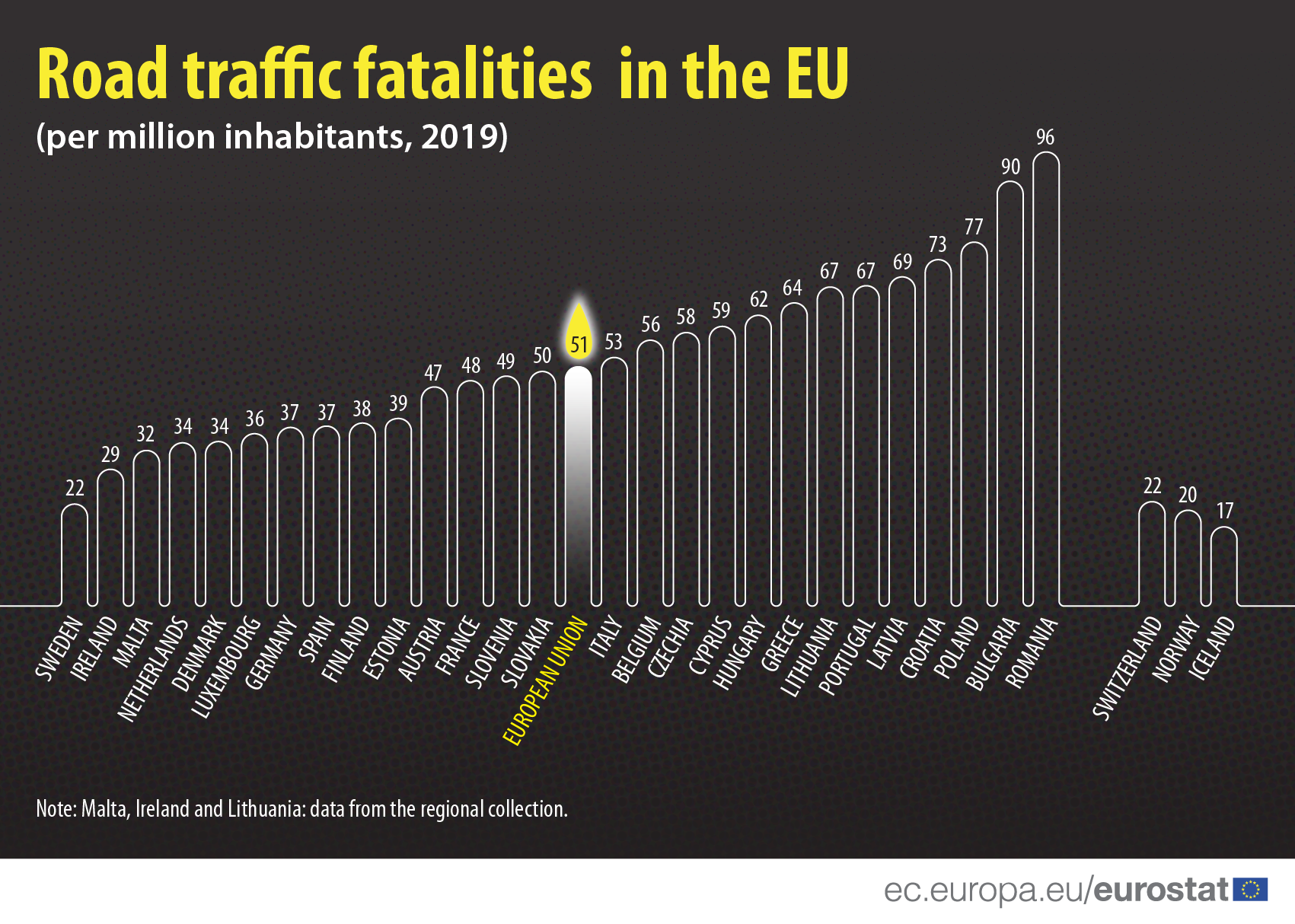