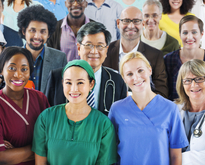 Among EU regions with available and reliable data, the highest employment rate for non-EU citizens was 94.7%, recorded in the Czech region of Central Moravia. The next highest regional employment rates of at least 85% for citizens of non-EU countries were also observed in Czechia in the regions of South-West, North-West, Central Bohemia, North-East and South-East.

At the other end of the scale, in 34 regions less than half of non-EU citizens were in employment. Among these, there were seven regions where the employment rate was below 40%, and in the French overseas region of Guiana as well as in the Belgian regions of Province of Hainaut and Province of Liège the rate was even below 30%. 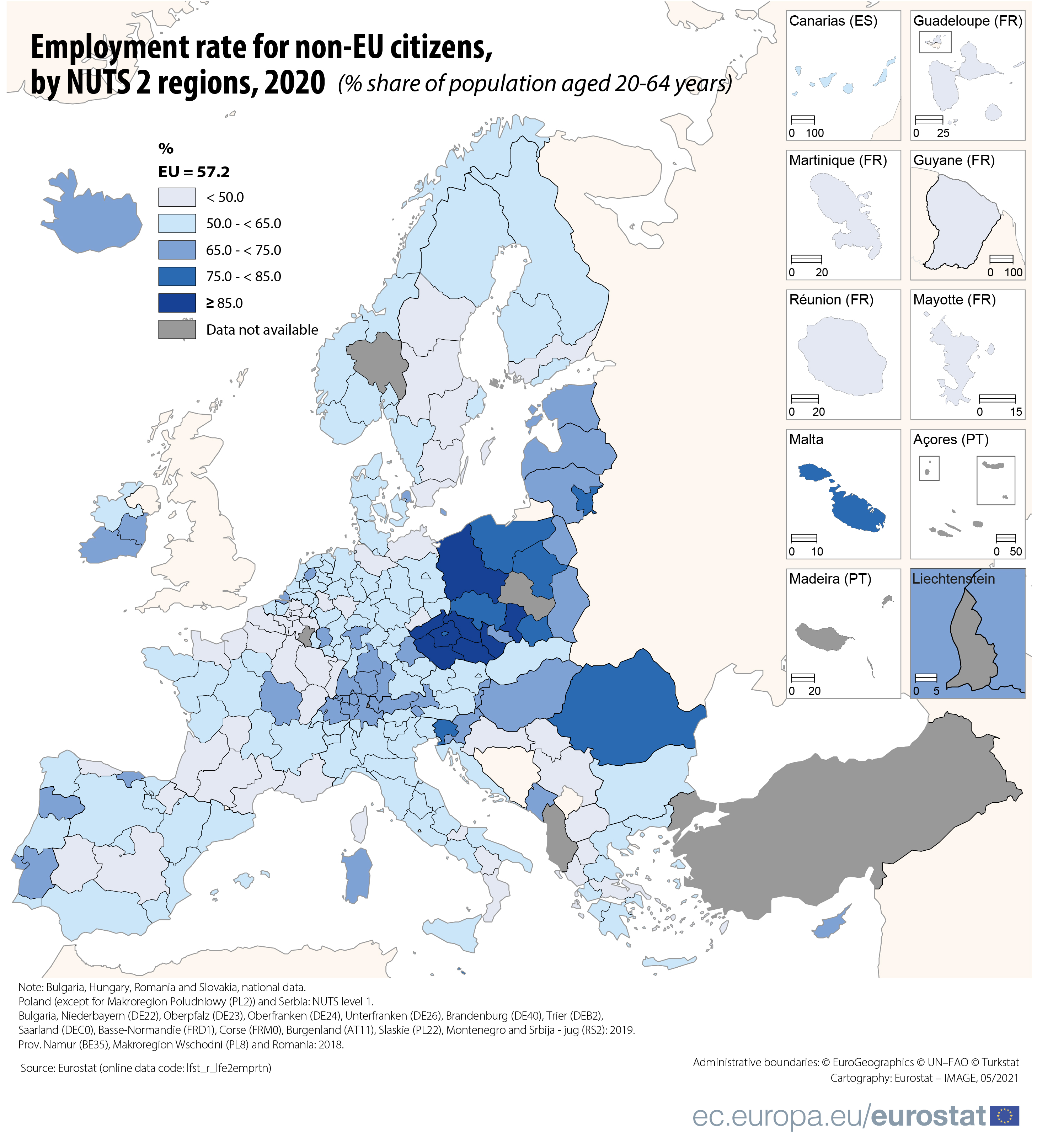 Regional employment rate for citizens of other EU Member States

The highest employment rate for citizens of other EU Member States was recorded in the German region Mecklenburg-Western Pomerania (95.6%). There were 13 more regions where the rate was more than 85%, among which five in Czechia (North-East, South-West, South-East, Prague, Central Bohemia), three in Germany (Lower Bavaria – 2019 data, Oberfranken – 2019 data, Hamburg) and one each in the Netherlands (Flevoland), Portugal (Centre), Malta (one region at this level of detail), Denmark (Zealand) and Sweden (Stockholm).

In contrast, eight regions recorded employment rates for citizens of other EU Member States that were below 50% and these were in southern Member States: Sardinia, Sicily, Apulia, Campania, Basilicata and Calabria in Italy, and North Greece and Central Greece in Greece. 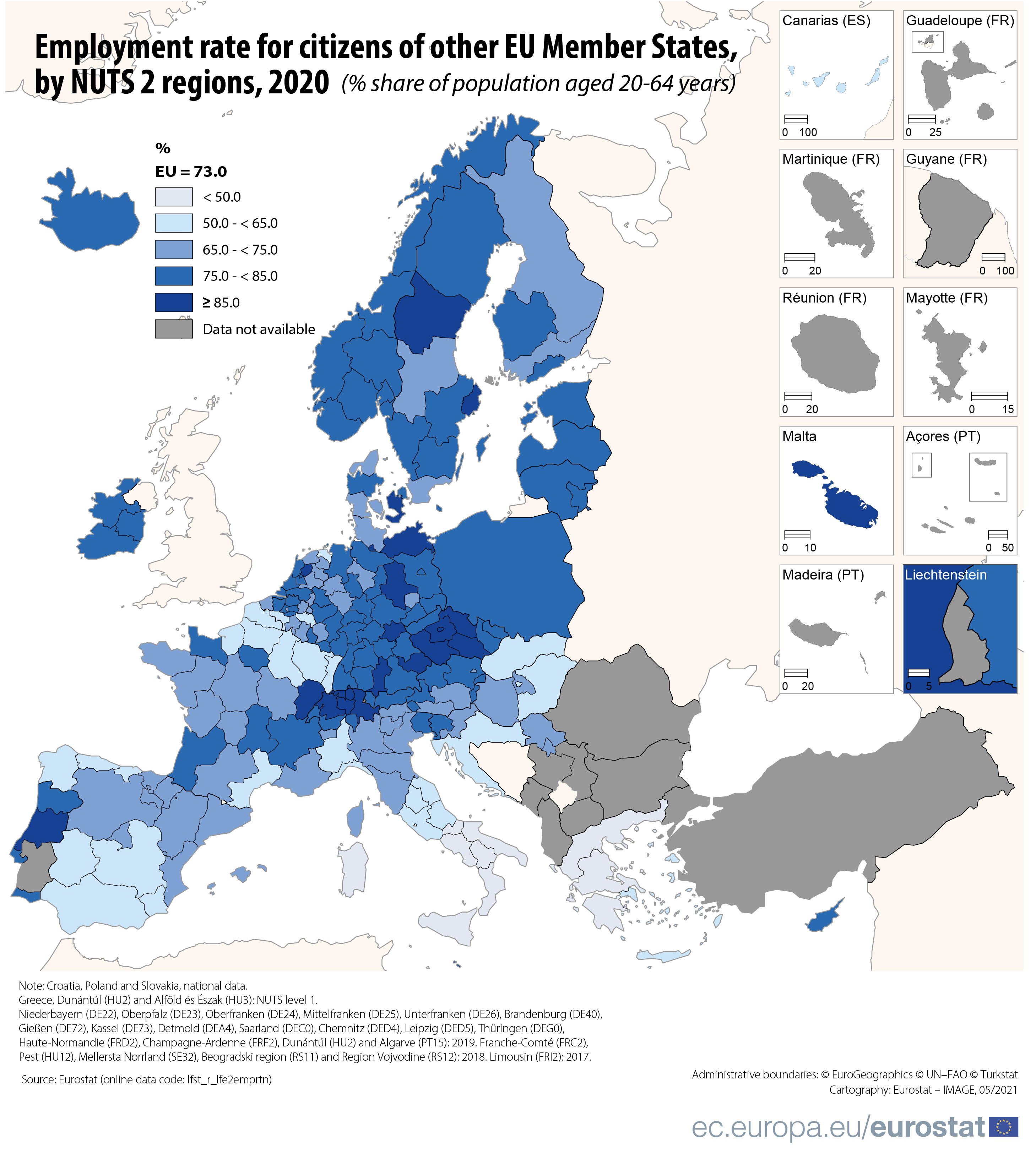 The highest regional employment rate for nationals was recorded in the German region of Chemnitz (87.7%). The list of 13 regions with an employment rate higher than 85% included nine more German regions (Dresden, Tübingen, Stuttgart, Freiburg, Upper Bavaria, Mecklenburg-Western Pomerania, Leipzig, Oberfranken and Swabia), one Finnish region (Åland) and two Swedish regions (Stockholm and Småland and the islands).

At the other end of the range, the four regions with the lowest employment rates for nationals were all located in the south of Italy — Apulia, Calabria, Sicily and Campania— among which three regions recorded rates that were less than 50%. 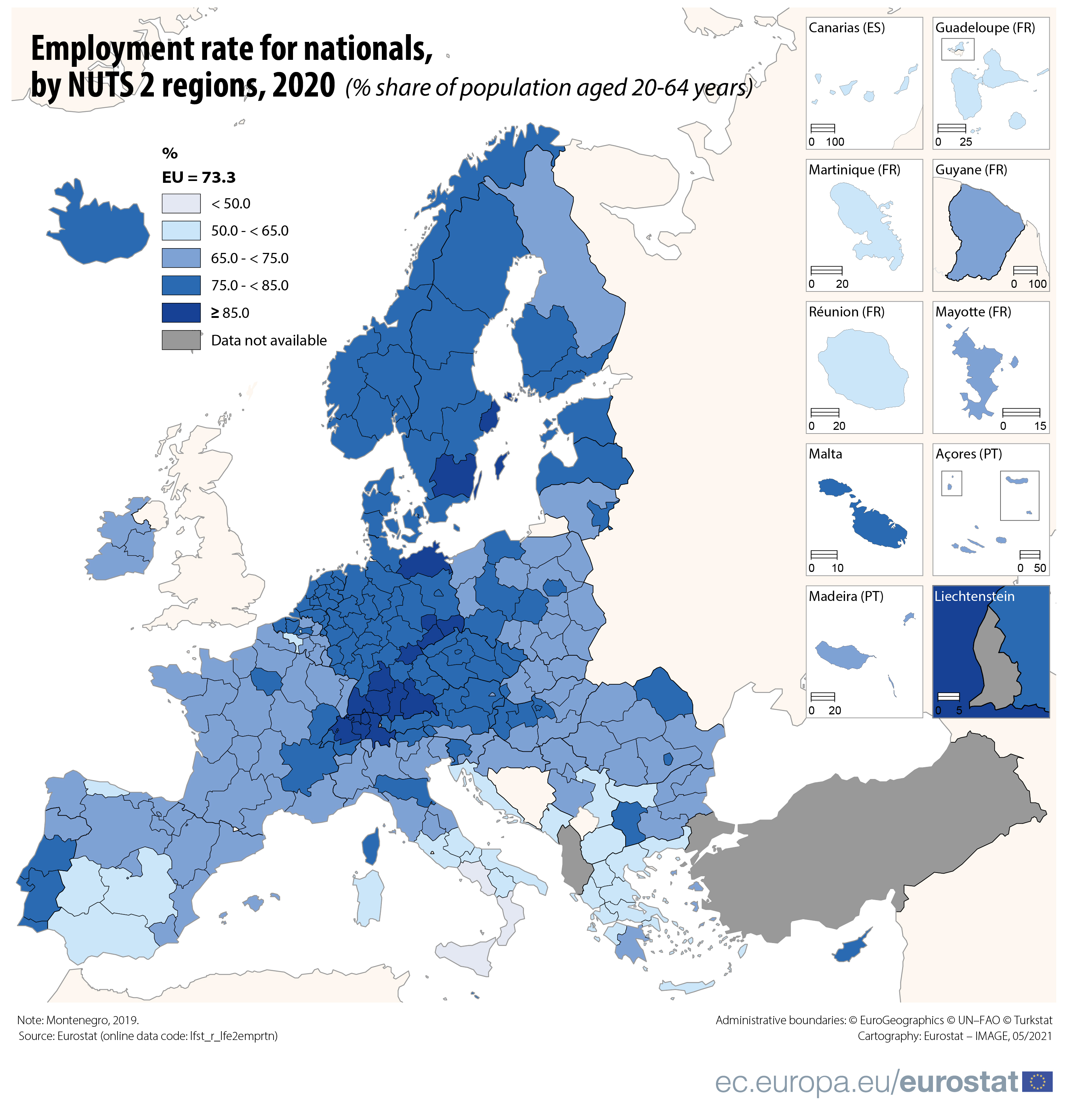