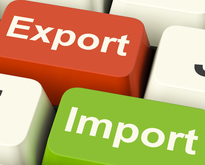 The EU is one of the world's largest players in the global trade of goods and services, and an interactive graph shows how the values of imports and exports with the rest of the world have changed between 2000 and 2017.

For trade in goods between the EU and the rest of the world, there was a continuous deficit in trade (meaning the value of imports was larger than exports) between 2000 and 2012. This situation changed in 2013 when there was a surplus of EUR 42 billion. A surplus for trade in goods was recorded in each of the following years and in 2017 the surplus reached EUR 137 billion.

For trade in services between the EU and the rest of the world, there was a continuous and growing surplus between 2000 to 2017. In 2000 the surplus for services stood at EUR 15 billion and reached EUR 188 billion in 2017.

For more details, including trends in Member States, try the interactive tool below:

You can also visit the newly released digital publication: The European economy since the start of the millennium.

A background article on balance of payment statistics is available here.