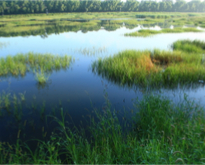 In 2015, wetlands covered almost 73 000 km2 in the EU, or 1.7% of its total land area. Wetland is an area that falls between land and water. It is wet for long enough periods that the plants and animals living in or near it are adapted to, and often dependent on, wet conditions for at least part of their life cycle.

The majority of the EU Member States had below EU average shares of their land area covered by wetland in 2015, with the lowest shares observed in Slovakia and Slovenia, followed by Cyprus, Italy and Spain and Bulgaria. 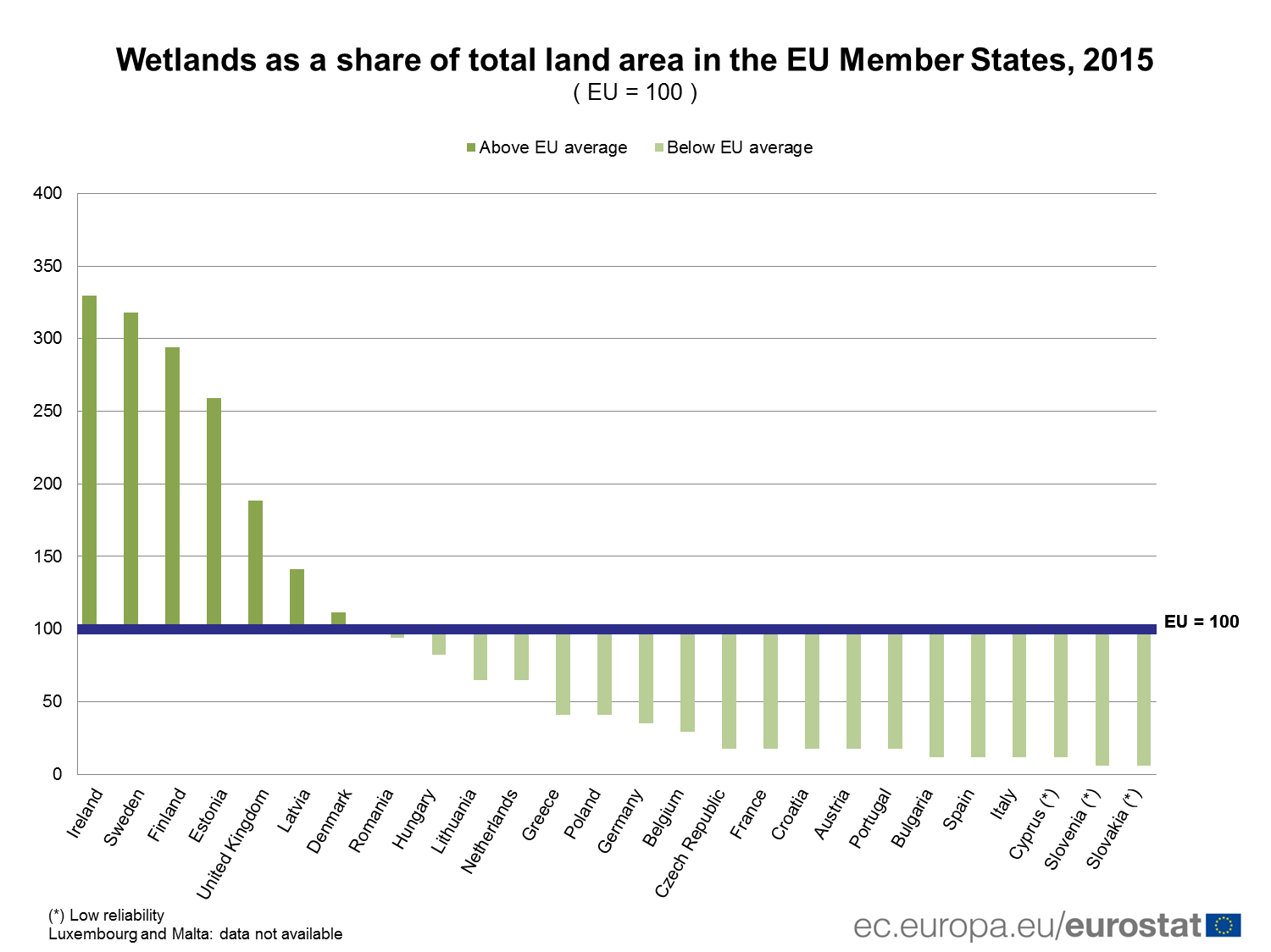 Note: Forested wetlands are classified as wooded areas and are excluded from the figures.

This news item marks World Wetlands Day (2 February) celebrated every year to raise global awareness about the value of wetlands for humanity and the planet. Wetland ecosystems are an important part of EU's biodiversity. They help reduce flooding, replenish drinking water and improve water and air quality.

Statistics Explained article on land use and land cover survey

Leaflet on the EU’s land use and land cover survey