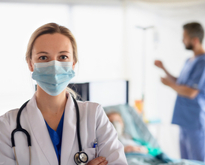 In the last quarter of 2019, 14.7 million people aged over 15 were employed in health occupations in the European Union (EU), representing over 7% of all persons employed and almost 4% of the total population.

These health jobs include medical doctors (1.9 million), nurses and midwives as well as their assistants (4.5 million), personal care workers (4.1 million), other health professionals and their associates (4.1 million). Every evening at 8pm, we clap at our doorsteps, windows and balconies to show them our appreciation during the coronavirus crisis. 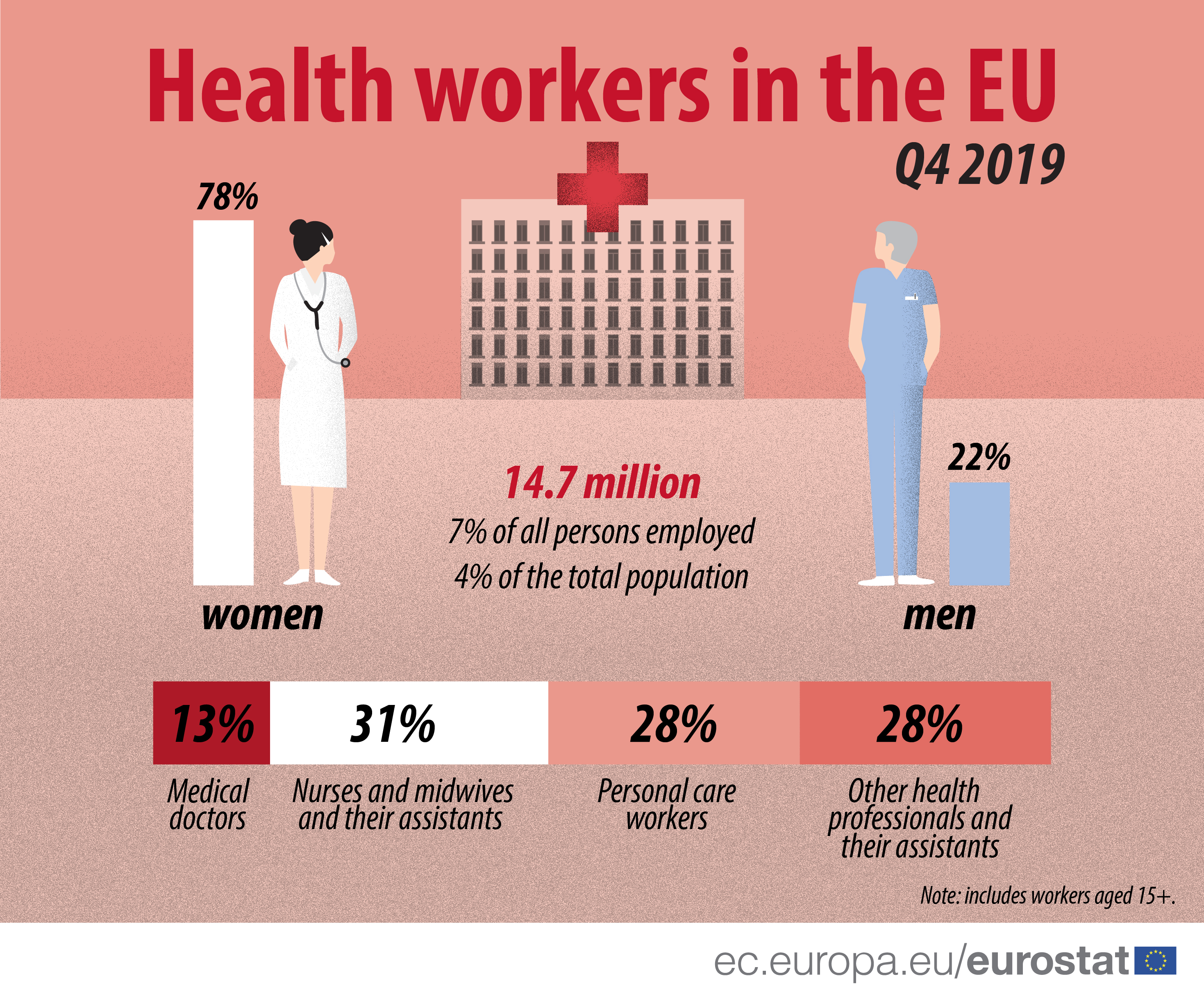 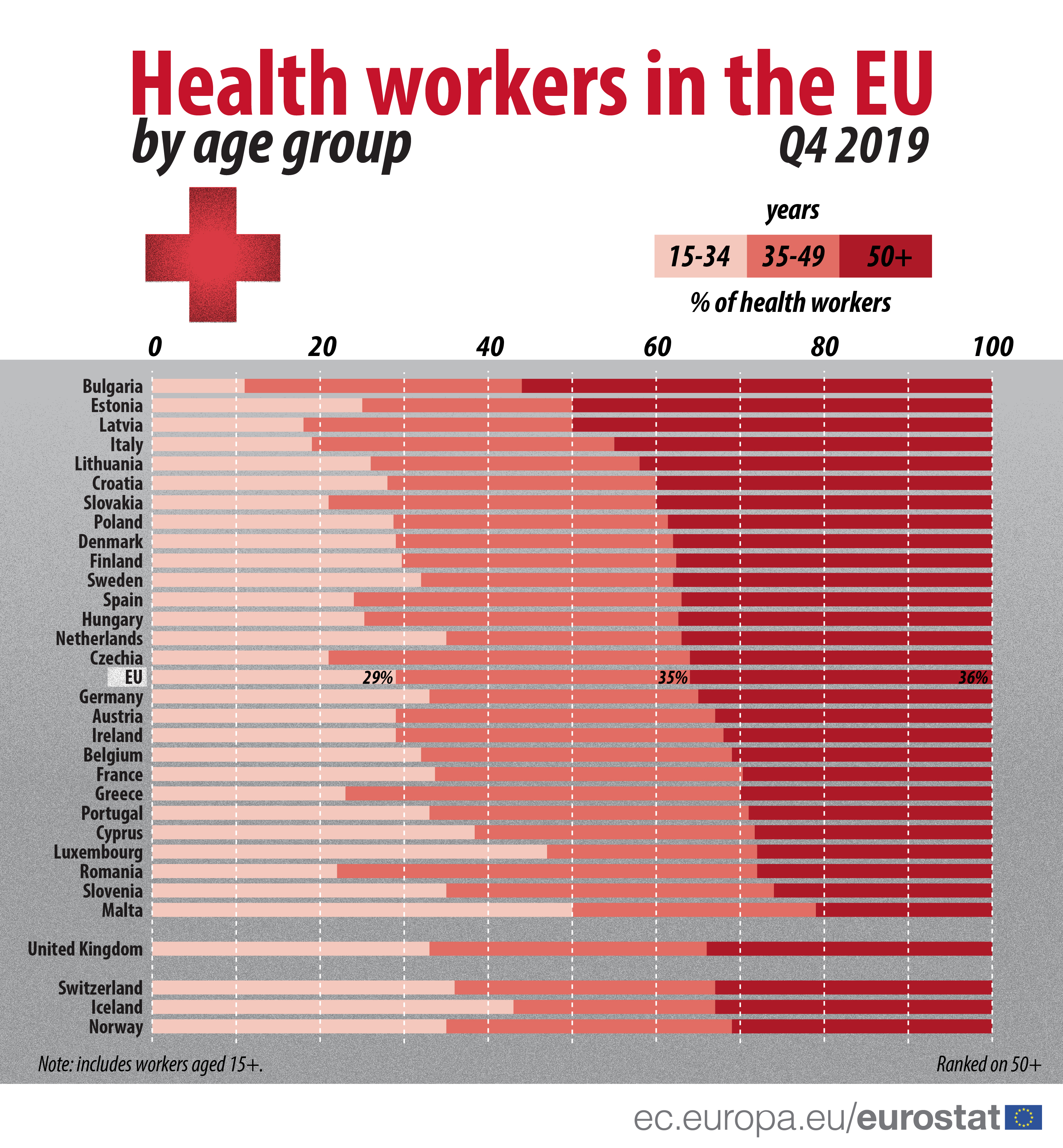 Among the EU Member States, Sweden recorded the highest share of health workers (12% of the employed), followed by Finland and Denmark (both 10%). In contrast, the lowest shares were recorded in eight EU Member States: Cyprus, Poland, Latvia, Romania, Luxembourg, Bulgaria, Hungary and Slovenia, where health workers represented around 4% of the employed.

Relative to population size, Sweden also recorded the highest share (7% of the total population), similarly followed by Finland, Denmark as well as the Netherlands (all 6%). At the other end of the scale, the lowest shares were recorded similarly in Poland, Romania, Cyprus, Bulgaria, Latvia, Luxembourg, Hungary and Slovenia but also in Greece. In these nine EU Member States  health workers represented only around 2% of the total population.

With the exception of Sardegna (14% of the employed) and Liguria (13%) in Italy, the highest shares of health workers were generally recorded in northern regions of the EU, namely in: 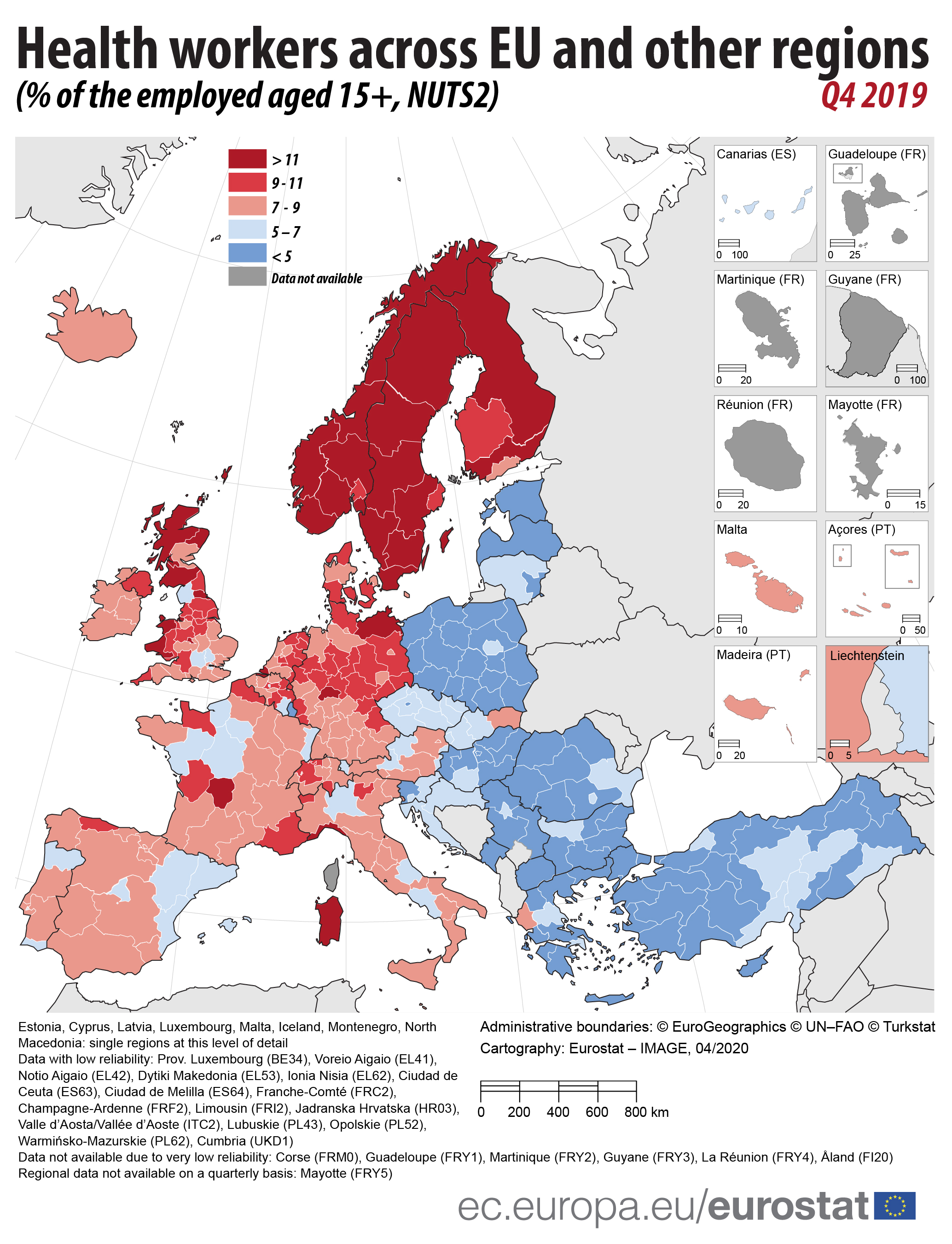