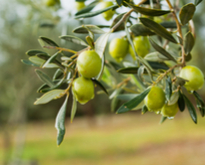 The latest results of the five-yearly European Union (EU) orchard survey indicate that the area under olive trees in the EU accounted for about 4.6 million ha in 2017. Eight EU Member States had olive tree areas that exceeded the 1 000 ha threshold for inclusion in the survey.

Spain (55 %) and Italy (23 %) accounted for over three-quarters of the total EU area under olive trees, followed by Greece (15 %) and Portugal (7 %). The four other olive-producing Member States covered by the survey (France, Croatia, Cyprus and Slovenia) together accounted for 1 % of the EU total olive tree area. 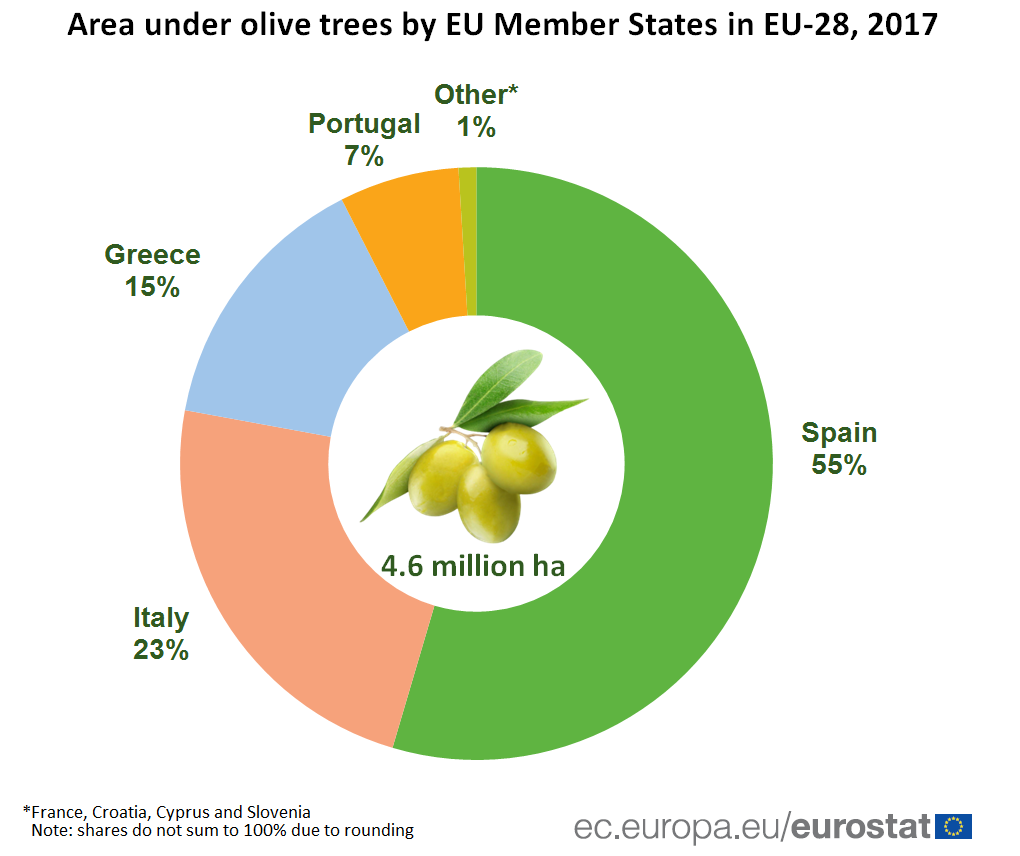 The source dataset is here.

Olive trees are very resistant to drought, diseases and fire and are known for their longevity. Most of the EU's olive trees are old and nearly 2.5 million ha are planted with olive trees that are at least 50 years old.