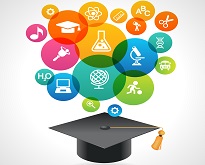 It is estimated that approximately 4.7 million students graduated from tertiary education establishments in the European Union (EU) in 2016.

More than one third (34 %) of these students graduated in social sciences, journalism, information, business, administration or law. Other fields of study with sizeable proportions of graduates in 2016 were engineering, manufacturing and construction (15 % of graduates), health and welfare (14 %), arts and humanities (11 %), natural sciences, mathematics, statistics and Information and Communication Technologies (ICT) (11 %) and education (9 %). 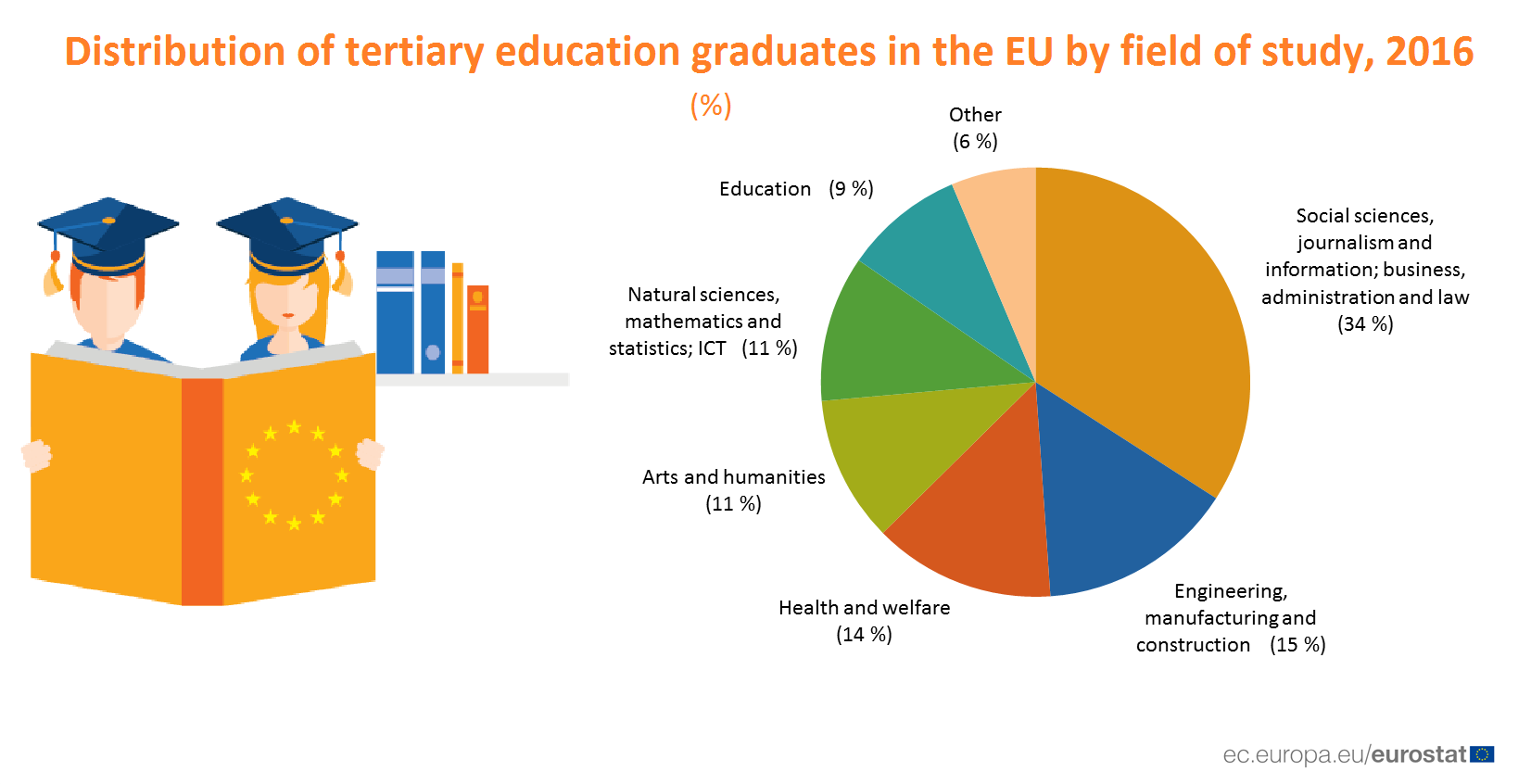 When compared with the EU average, some EU Member States had a particularly large or a particularly small share of tertiary education graduates in these different fields of study:

The share of graduates was relatively low in Finland and Spain, where they accounted for just over one quarter of all graduates in 2016, while much higher shares were registered in Luxembourg (52 % of all graduates) and Bulgaria (49 %).

There was a relatively low share of graduates in Luxembourg, the Netherlands (2015 data are used for the Netherlands), Malta and the United Kingdom (all below 10 %) compared with the relatively high shares recorded in Austria (20 %), Portugal (21 %) and Germany (22 %).

The share of graduates in health and welfare was below 8 % in Luxembourg, Bulgaria, Germany, Austria and Cyprus, and highest in Finland and Denmark (both 20 %), Sweden (22 %) and Belgium (27 %).

In arts and humanities the share of graduates at tertiary level was below 8 % in Latvia, Slovakia, Austria, Poland, Bulgaria and Sweden, and above 14 % in the United Kingdom (15 %) and Italy (16 %).

Tertiary education is defined as the level of education following secondary schooling and is provided by universities and other higher education institutions.

The figures are based on the latest available information for each of the EU Member States. In the case of the Netherlands, 2015 data have been used.

For more information on this topic, covering students, teaching staff and expenditure, take a look at the latest Statistics Explained article on tertiary education statistics.