For technical reasons, the website and the dissemination tools might be temporarily unavailable on Wednesday, 21 April between 20:00 - 21:00 CEST. 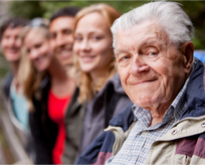 Almost one in five persons in the European Union (EU) is aged 65 or over (19.4%). This represents a population of nearly 100 million people.

The old-age dependency ratio is traditionally seen as an indication of the level of support available to older persons (those aged 65 or over) by the working age population, (those aged between 15 and 64). It also illustrates our ageing populations. 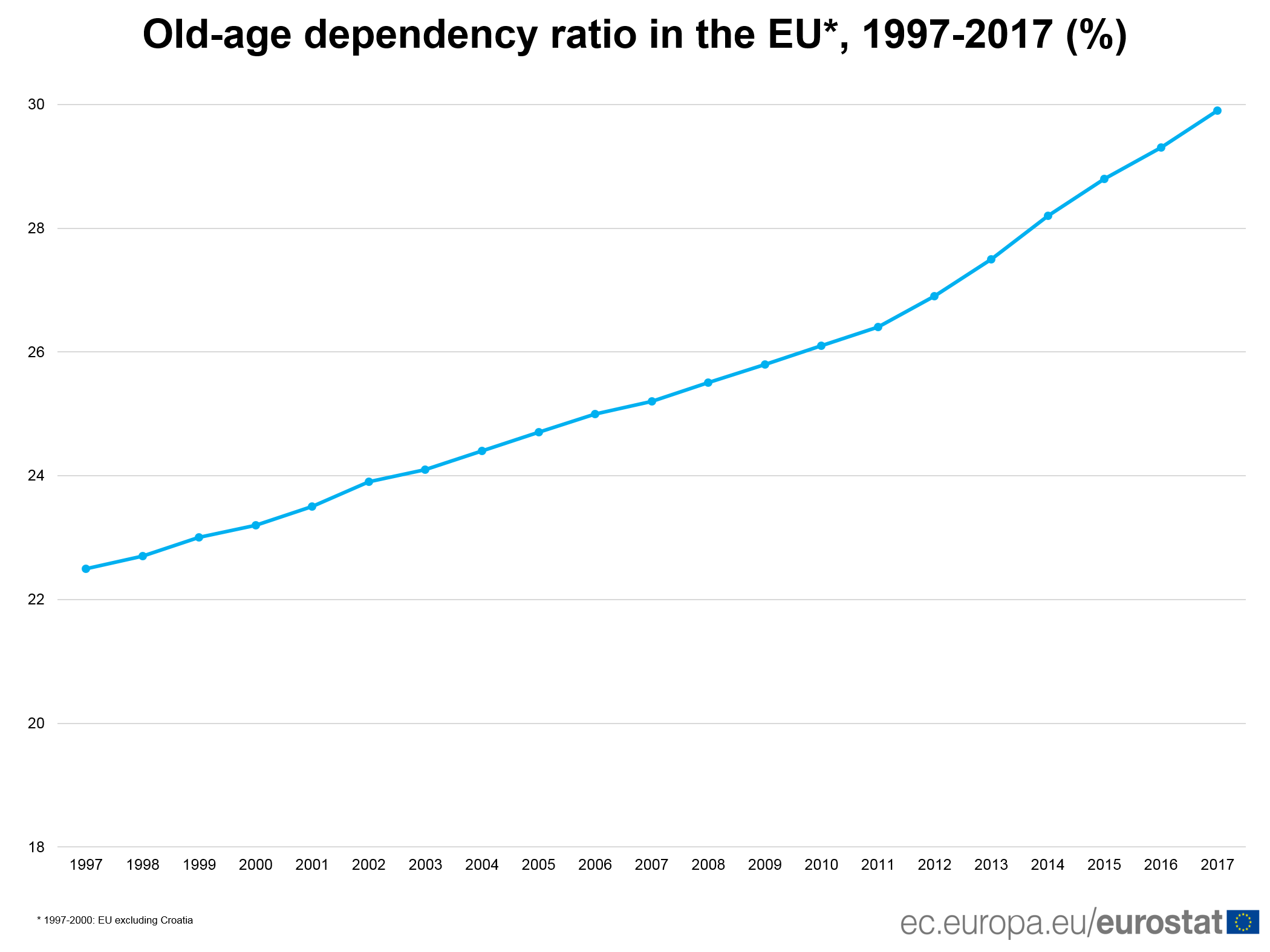 Highest in Italy, Greece and Finland ; lowest in Luxembourg and Ireland

At the opposite end of the scale, the lowest ratios were recorded in Luxembourg (20.5%) and Ireland (20.7%), ahead of Slovakia (21.5%) and Cyprus (22.8%). In these Member States, there were about five persons of working age for every older person. 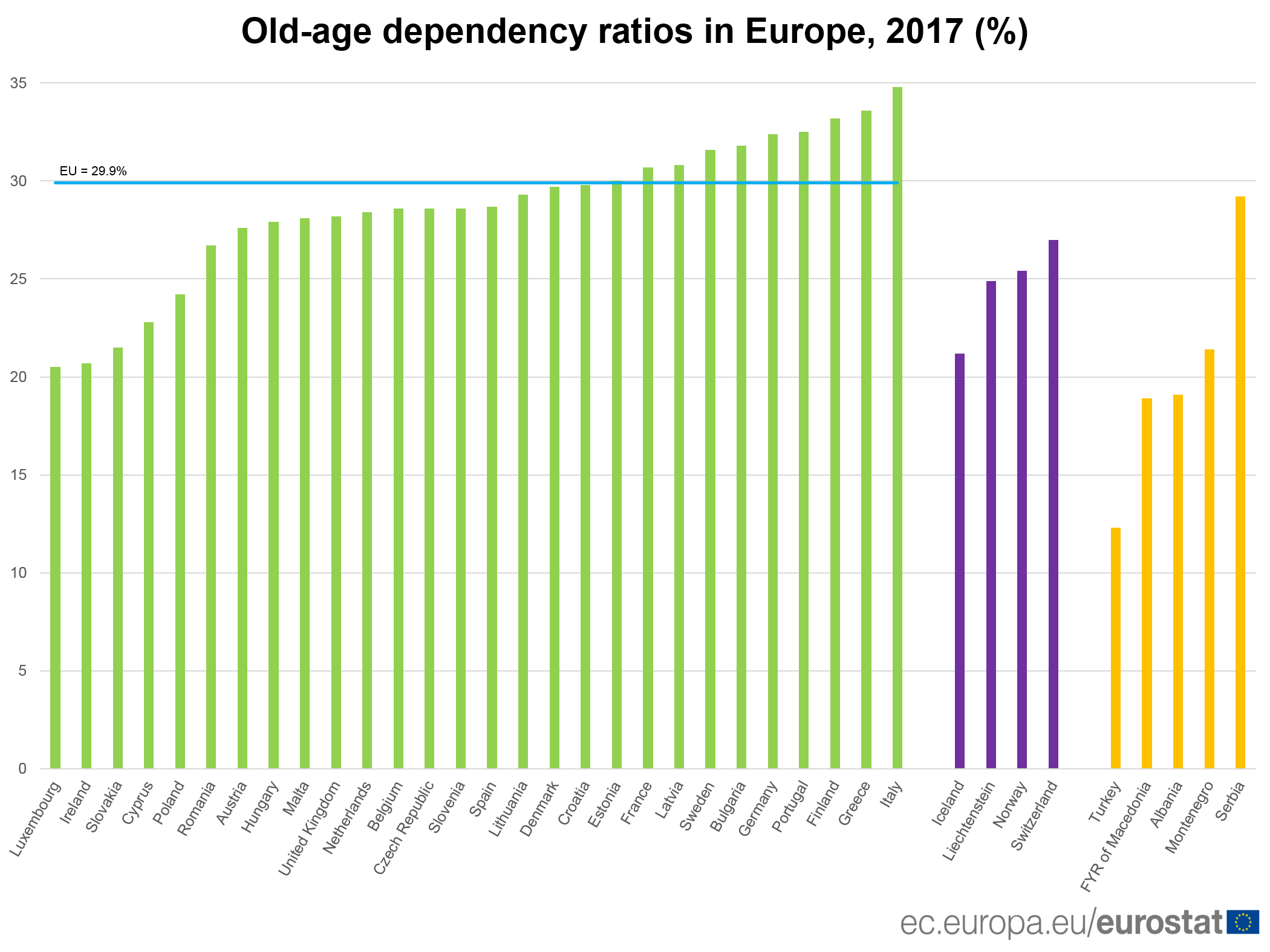 On the rise in all EU Member States, except Luxembourg