The amount of mineral fertilisers - nitrogen and phosphorus - used in agricultural production in the EU reached 11.2 million tonnes in 2020. This was a year-on-year increase of 2.9% compared with 2019 and an 8.3% increase compared with 2010.

In 2020, nitrogen fertiliser consumption by agriculture was an estimated 10.0 million tonnes in the EU, similar to the average amount consumed between 2010 and 2019. Consumption of phosphorus fertilisers in 2020 was higher than the medium-term average at 1.2 million tonnes. 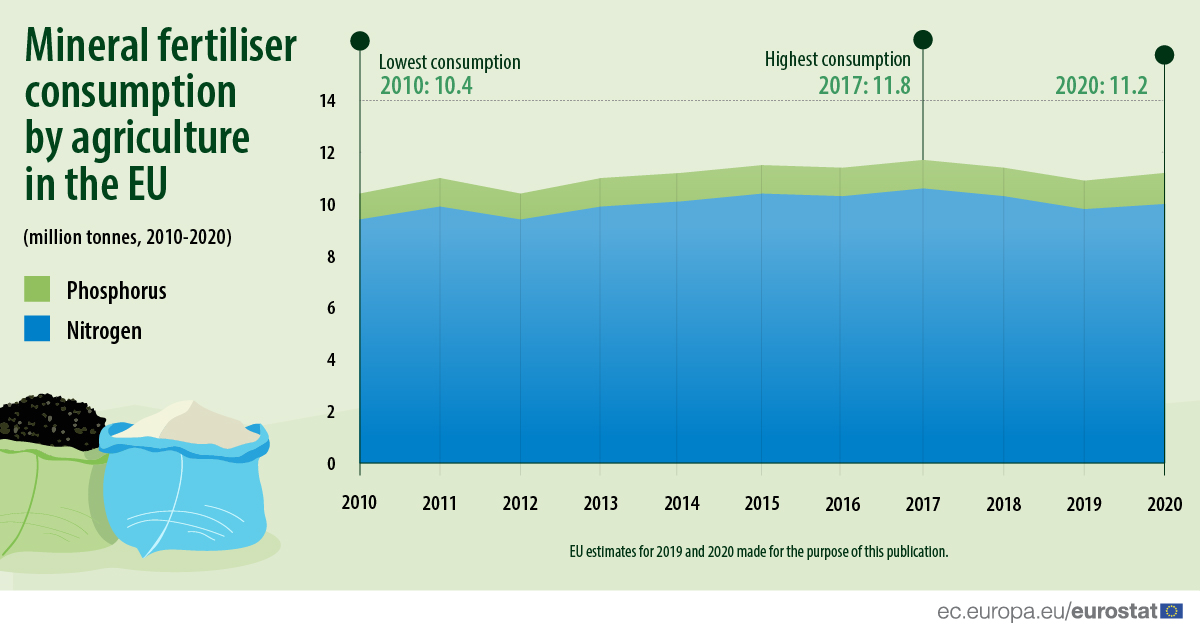 Between 2010 and 2020, the use of nitrogen fertilisers in agriculture increased in the majority of the Member States, with the sharpest growth being registered in Bulgaria (+83.0%), Hungary (+57.5%) and Romania (+53.4%). Similarly, most Member States reported an increase in the use of phosphorus fertilisers, the sharpest rates of increase being in Hungary (+142.2%), Bulgaria (+102.1%) and Latvia (+99.4%). These particular increases may represent the convergence of these countries to the EU average of fertilisers applied per hectare, having started from a relatively low level. 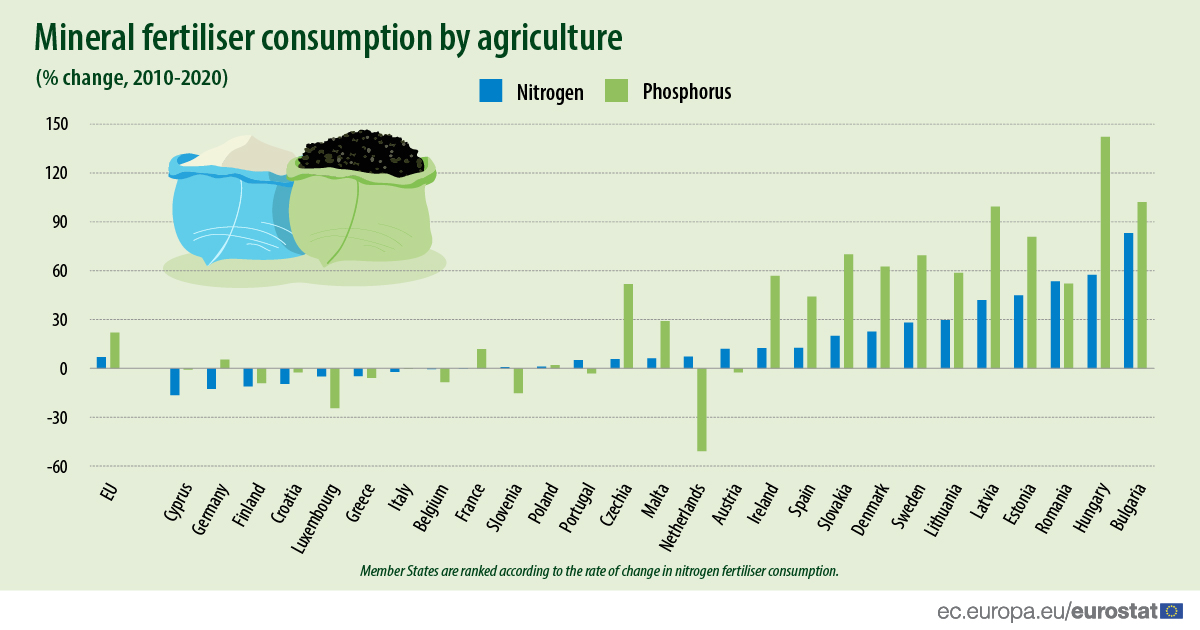 Nitrogenous fertilisers (ammonia, urea, ammonium nitrate) are produced with energy input from natural gas, the price of which is strongly linked to oil prices. Phosphates are mined outside of the EU, resulting in high production and transportation costs, also linked to oil prices.

It should be noted that the EU’s nitrogen-based fertiliser industry is heavily dependent on the gas of Russian origin and that Russia and Belarus are key players in the world production of rock-based fertilisers (phosphates and particularly potassium). The war in Ukraine and the application of sanctions on Russia have led to sharply higher fertiliser prices in 2022, which will likely impact the use of fertilisers in agriculture in the EU (European Commission, 2022).