Trade in eggs in the EU - Products Eurostat News

Back Trade in eggs in the EU

Print Trade in eggs in the EU 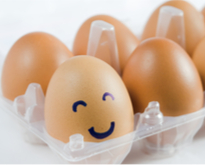 In 2016, the 28 Member States of the European Union (EU) exported a total €960 million worth of eggs. Trade between Member States (intra-EU exports) accounted for over 90% (€866 million) of the total value of eggs exported, while the exports of eggs to countries located outside the EU were worth around €95 million.

Eggs exported within the EU came mainly from the Netherlands 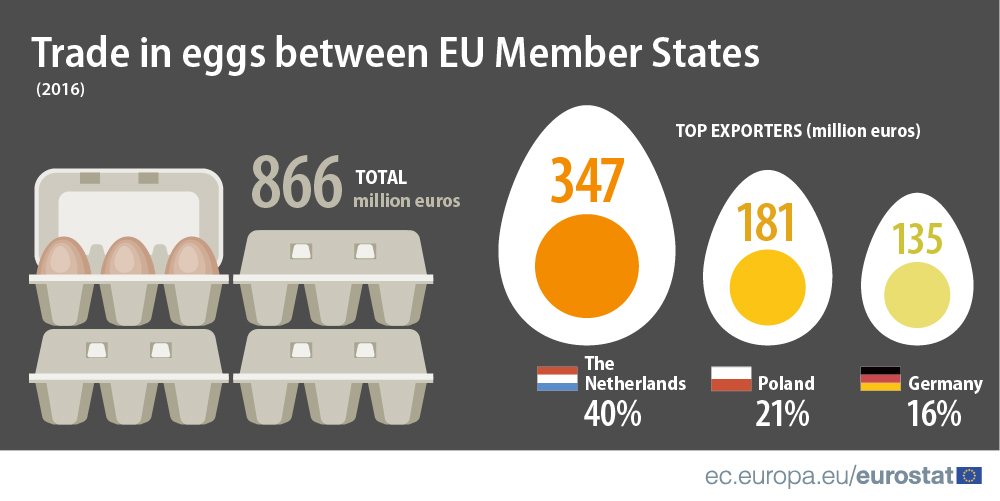 In 2016, Germany was the main importer of eggs exported from other Member States. Eggs from the EU worth €369 million were exported to Germany (43% of total intra-EU exports of eggs). The Netherlands was the second largest recipient of EU exported eggs (€176 million, 20%). Other major destinations within the EU were Belgium (€58 million, 7%), the United Kingdom (€34 million, 4%), Italy and France (both around €28 million, 3%) and the Czech Republic (€26 million, 3%).