What languages are studied the most in the EU? - Products Eurostat News

Back What languages are studied the most in the EU? 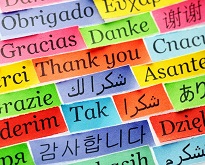 In Luxembourg and France, all students in upper secondary general education studied two or more foreign languages. Romania, Finland and Czechia also registered a large share of students studying two or more languages (all 99%). These Member States were followed closely by Slovakia and Estonia (both 98%), Slovenia (96%) and Croatia (94%). 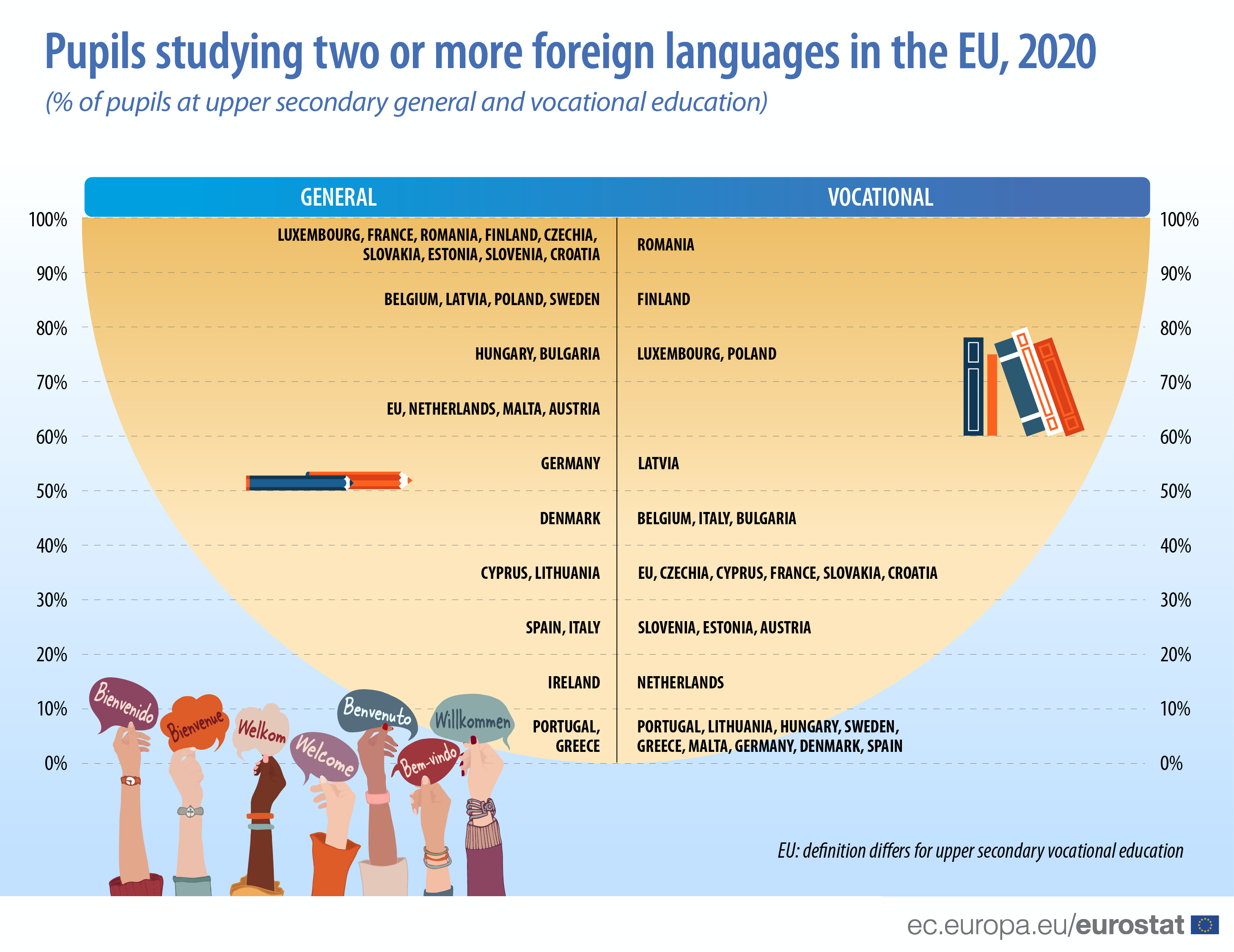 When it comes to upper secondary vocational education, Romania led as the only Member State where almost all students (97%) studied two or more foreign languages in 2020. Finland (89%) followed, with Luxembourg and Poland (both 77%) coming next.

English leads in general and in vocational upper secondary education

In 2020, English was the most commonly studied foreign language at the upper secondary general and vocational education level in the EU, with 96% and 79% of students learning it, respectively. 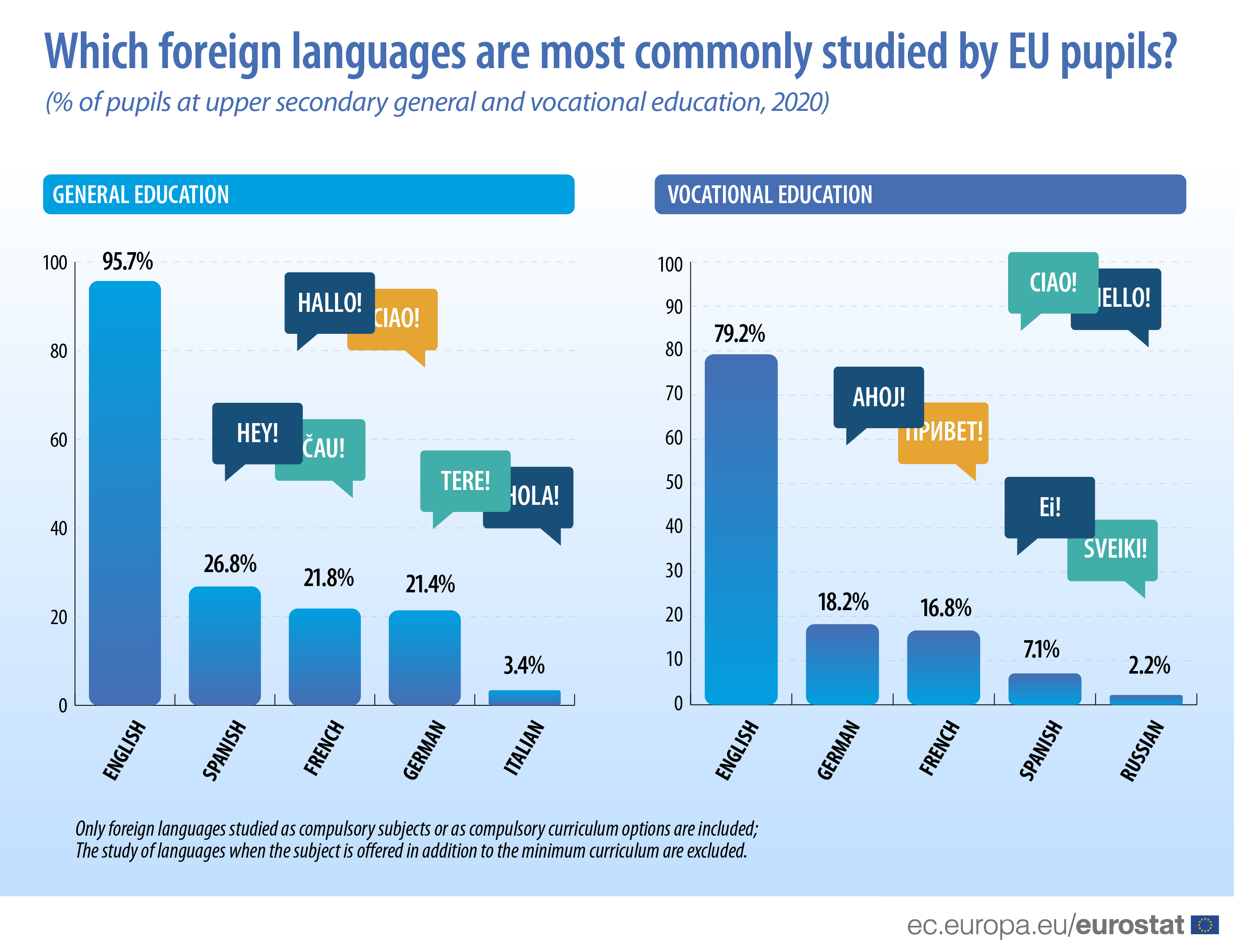