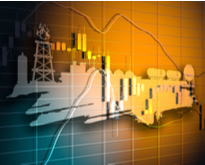 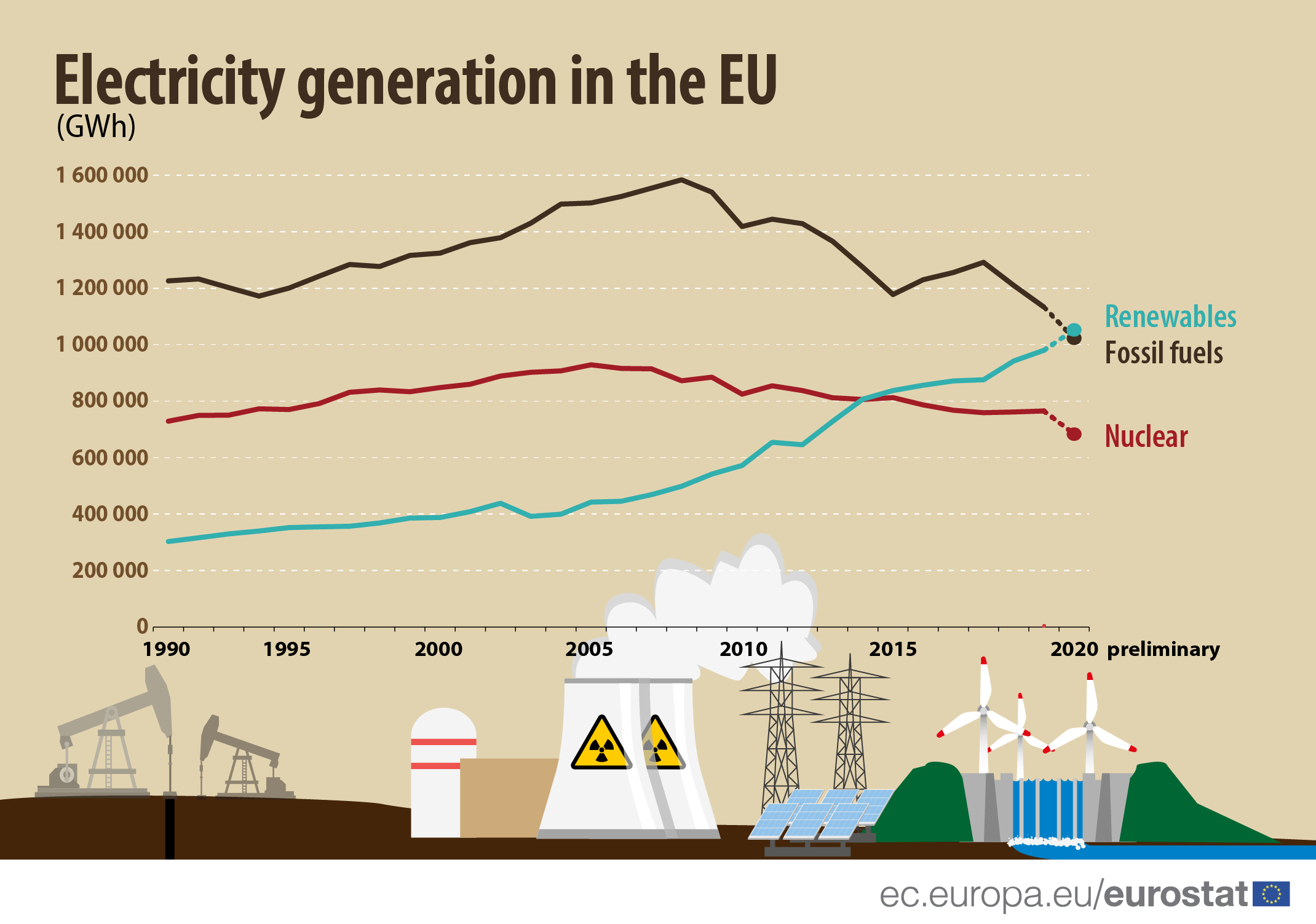 Preliminary 2020 data indicate a significant decrease in the EU’s inland consumption of fossil fuels. In general, fossil fuels in 2020, especially solid fossil fuels, are expected to be at a record low level since data are available (i.e. since 1990). This article presents a handful of findings from the more detailed Statistics Explained article on Energy balances – early estimates.

Natural gas inland consumption was less affected in 2020: the decrease compared with 2019 was of only 2.6%. Nevertheless, there was a drop of 8.9% since 2005.
Coal consumption (brown coal and hard coal) continued its strong decline, following the effects of the pandemic combined with those of coal exit policies. Compared with 2019, the 2020 provisional data shows significant falls of 20.0% for brown coal and 18.0% for hard coal. From 2005 to 2020, hard coal consumption more than halved (-51.2%), while brown coal fell by 44.9% over the same period. 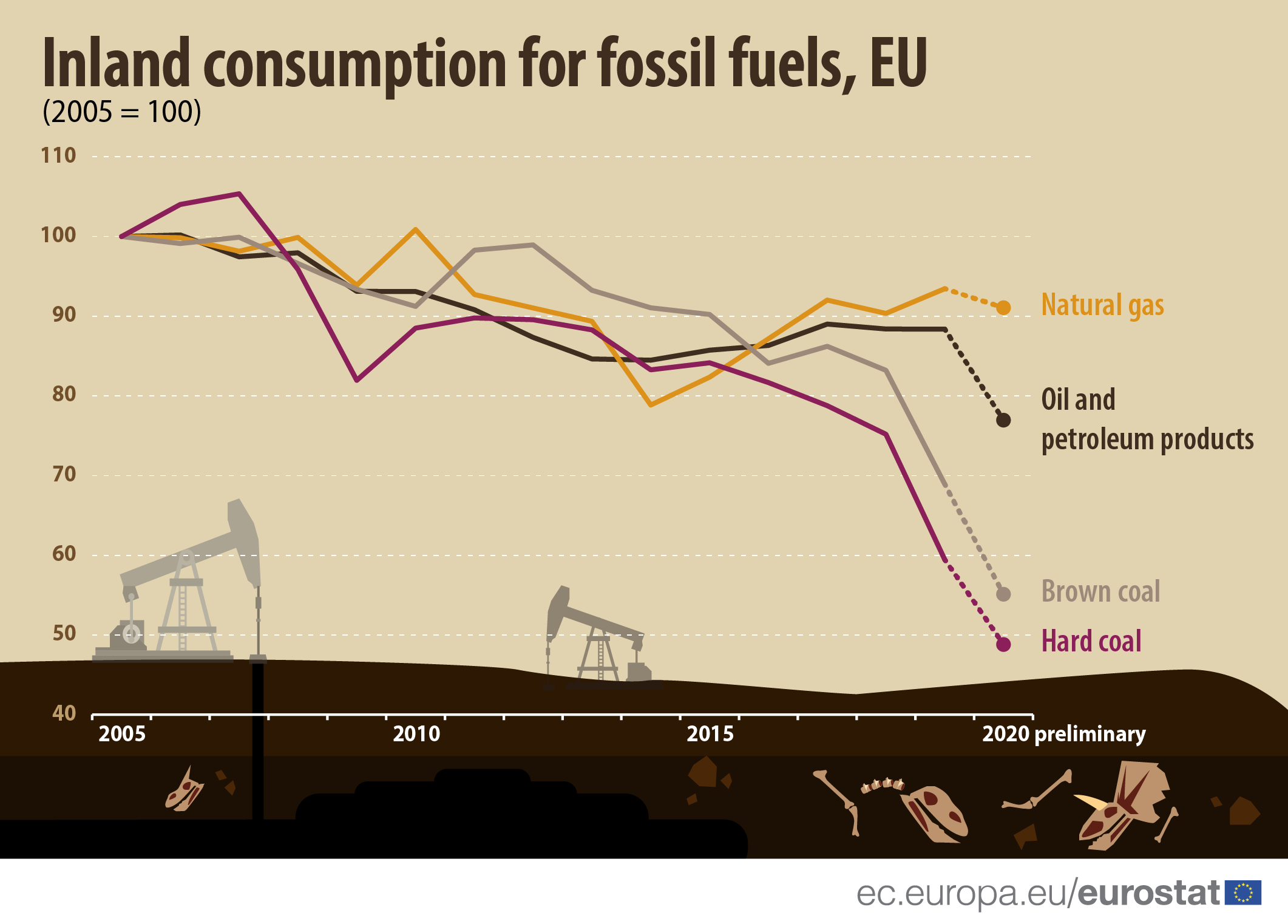