As the metro-regions are based on agglomerations, which include the commuter belt around a city, this approach corrects the distortions created by commuting and the GDP per inhabitant becomes meaningful, whereas comparison of GDP per inhabitant of NUTS 3 regions is far more difficult to interpret, since the difference may be partly artificial. 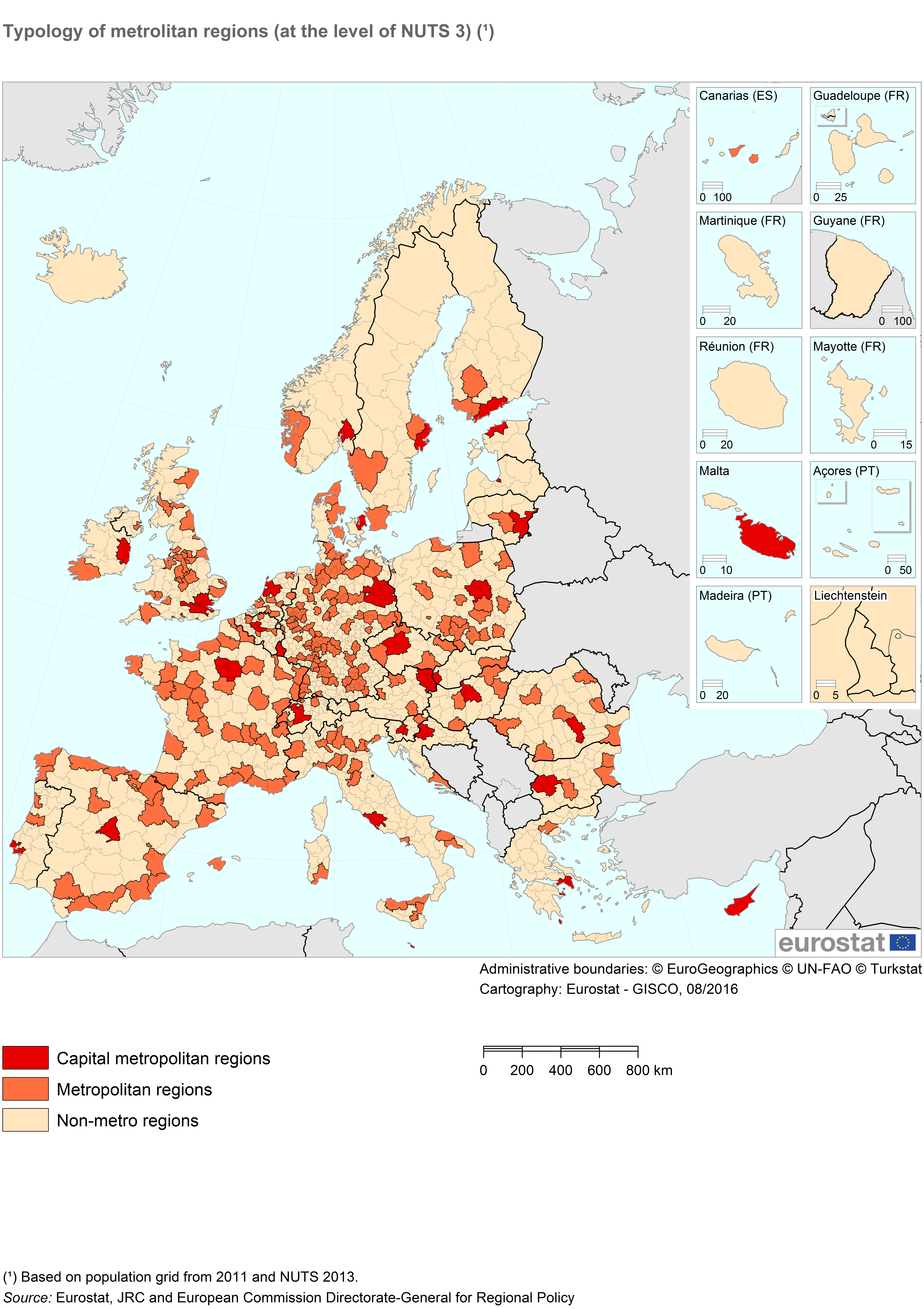 European statistics on regions and cities