In 2018, 85.4 % of EU road freight transport was done by vehicles with a maximum permissible laden weight over 30 tonnes.

Road freight vehicles of less than 2 years old dominated the European market in the last 5 years in terms of tonne-kilometres. 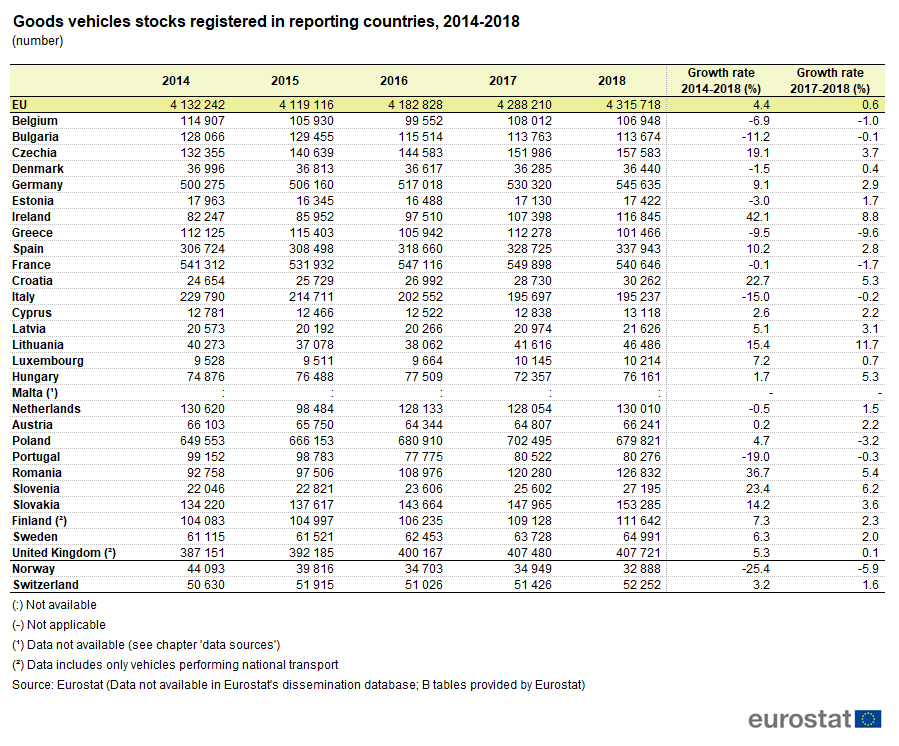 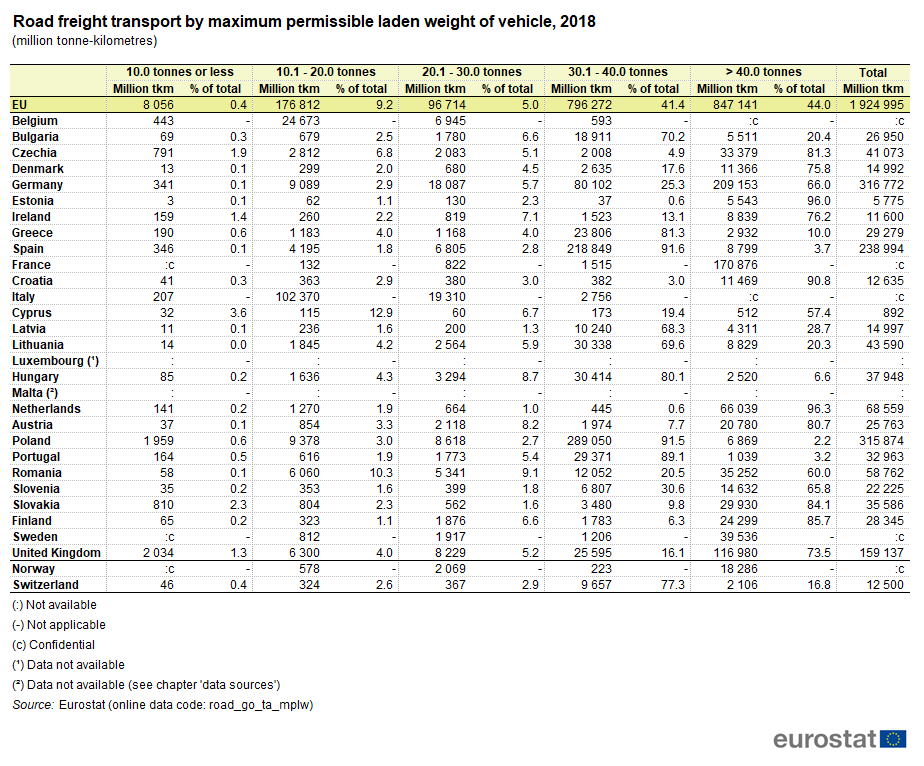 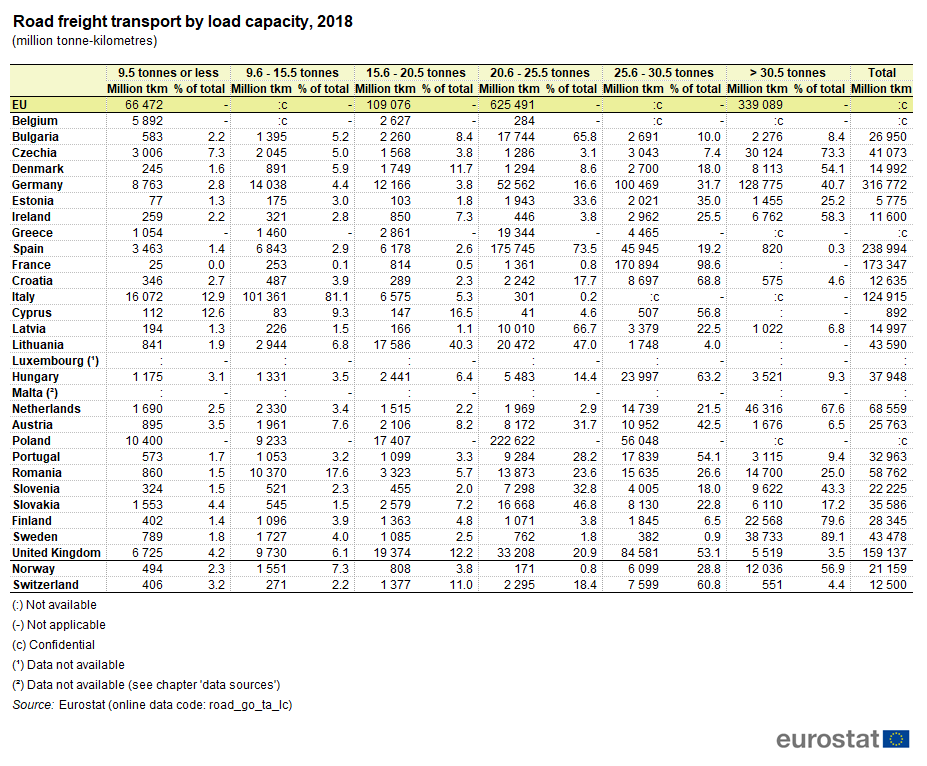 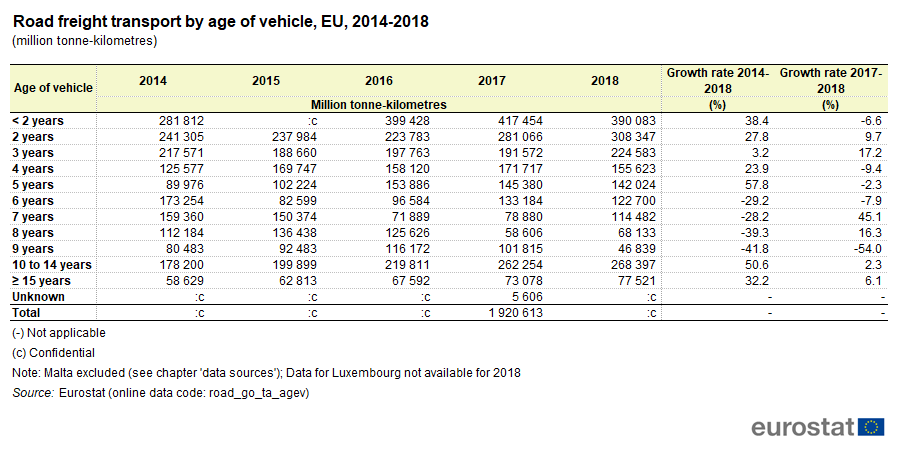 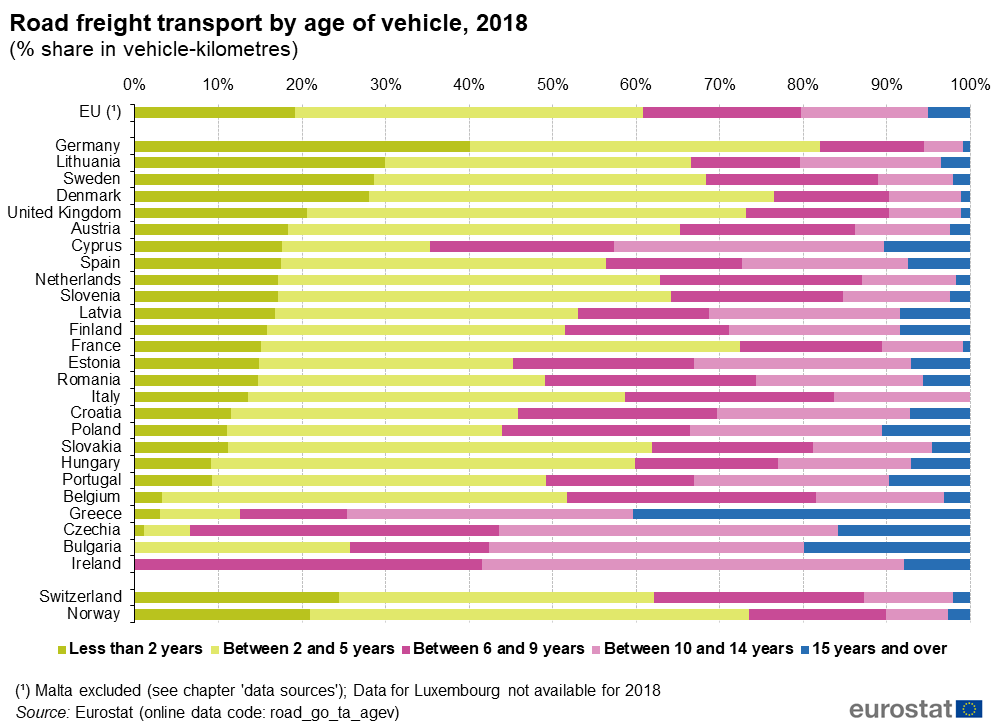 When looking at the road freight transport by axle configuration, at Member State level, all major economies had more than 70 % of their transport performed by road tractors and semi-trailers in 2018 (see Table 5). Germany and Romania recorded the largest share of tonne-kilometres performed by lorries and trailers with 20.8 % each. 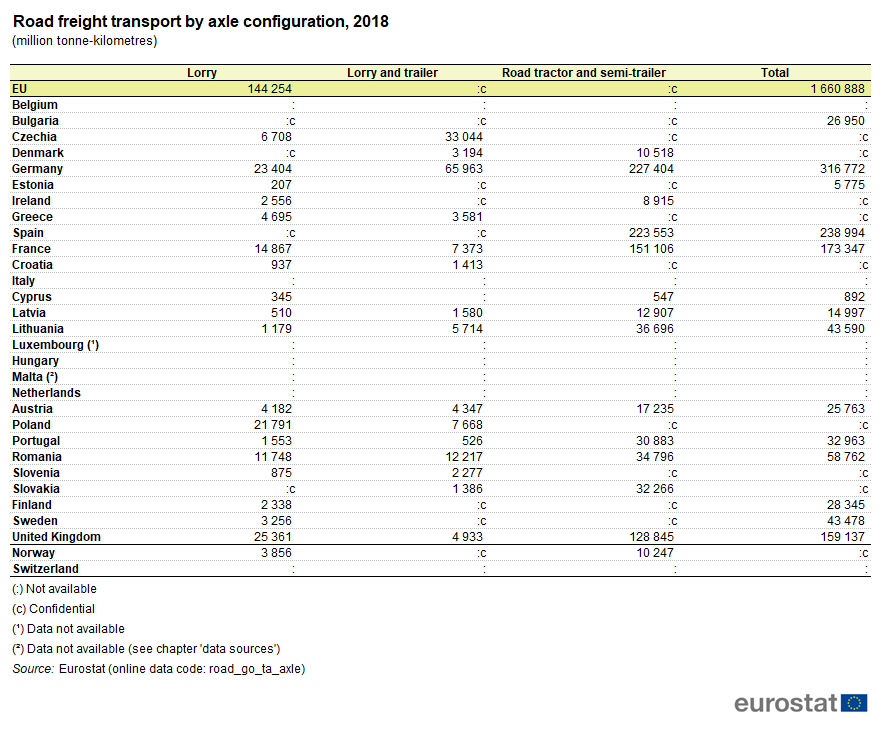 Vehicle-kilometre (vkm): Unit of measurement representing the movement of a road motor vehicle over one kilometer (loaded or empty). Units made up of a tractor and a semi-trailer or a lorry and a trailer are counted as one vehicle. The distance taken into account is the distance actually run. It excludes the distance covered when the goods road vehicle is being transported by another mean of transport.

Data availability: The figures presented in this publication have been extracted from Eurostat’s free dissemination database and reflect the state of data availability on 17/12/2019.

Reporting countries use their own national surveys for the collection of data based on returns from road hauliers. The results are microdata referring to vehicles and their linked journeys providing detailed information on goods transported. At the European level, common aggregation procedures have been used that might diverge from national practices. Therefore differences might occur between the figures in this publication and national values.