Machinery and equipment, followed by motor vehicles, was the most exported product from the EU every year between 2015 and 2019.

This article focuses on the most significant goods by value (according to the CPA classification) in extra-EU exports and presents statistics for the EU-27 from 2015 to 2019. Statistics on goods traded between the EU and the world — especially the size and evolution of exports — enable the EU and national authorities to evaluate the health and competitiveness of EU industries. The article discusses the contribution of individual Member States to total extra-EU exports for the five most exported product groups. Additionally, it shows the share these product groups have in each Member State's total extra-EU exports of goods.

The CPA classification consists of 40 products. The 24 most exported products are shown in Table 1, while the other 16 are grouped as "Other". Among the 24 products, 18 recorded the highest exports in 2019. Between 2015 and 2019, the largest increase was in 'Basic pharmaceutical products and preparations which grew from EUR 151.6 billion to EUR 205.2 billion. 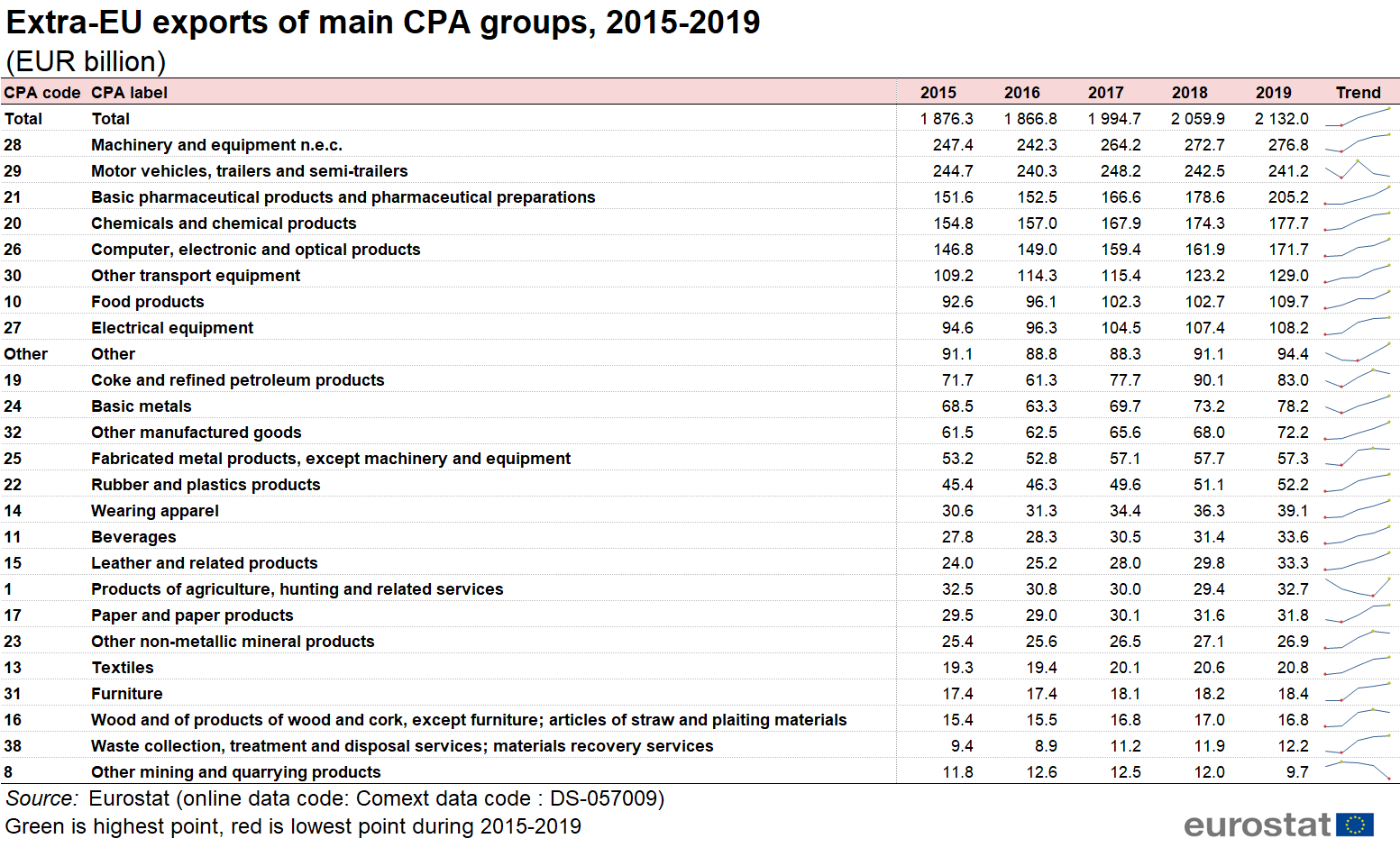 The composition of total exports of goods in 2019 in the 24 CPA groups in table 1 is shown Figure 1. The top two products 'Machinery and equipment n.e.c.' (machines) and 'Motor vehicles, trailers and semi-trailers' (cars) together account for almost a quarter of all exports. Together with the next three: 'Basic pharmaceutical products' (pharmaceuticals), 'Chemical Products' (chemicals) and 'Computers, electronic and optical products'(computers), they account for half of all exports. The rest of this article will concentrate on these top five products. 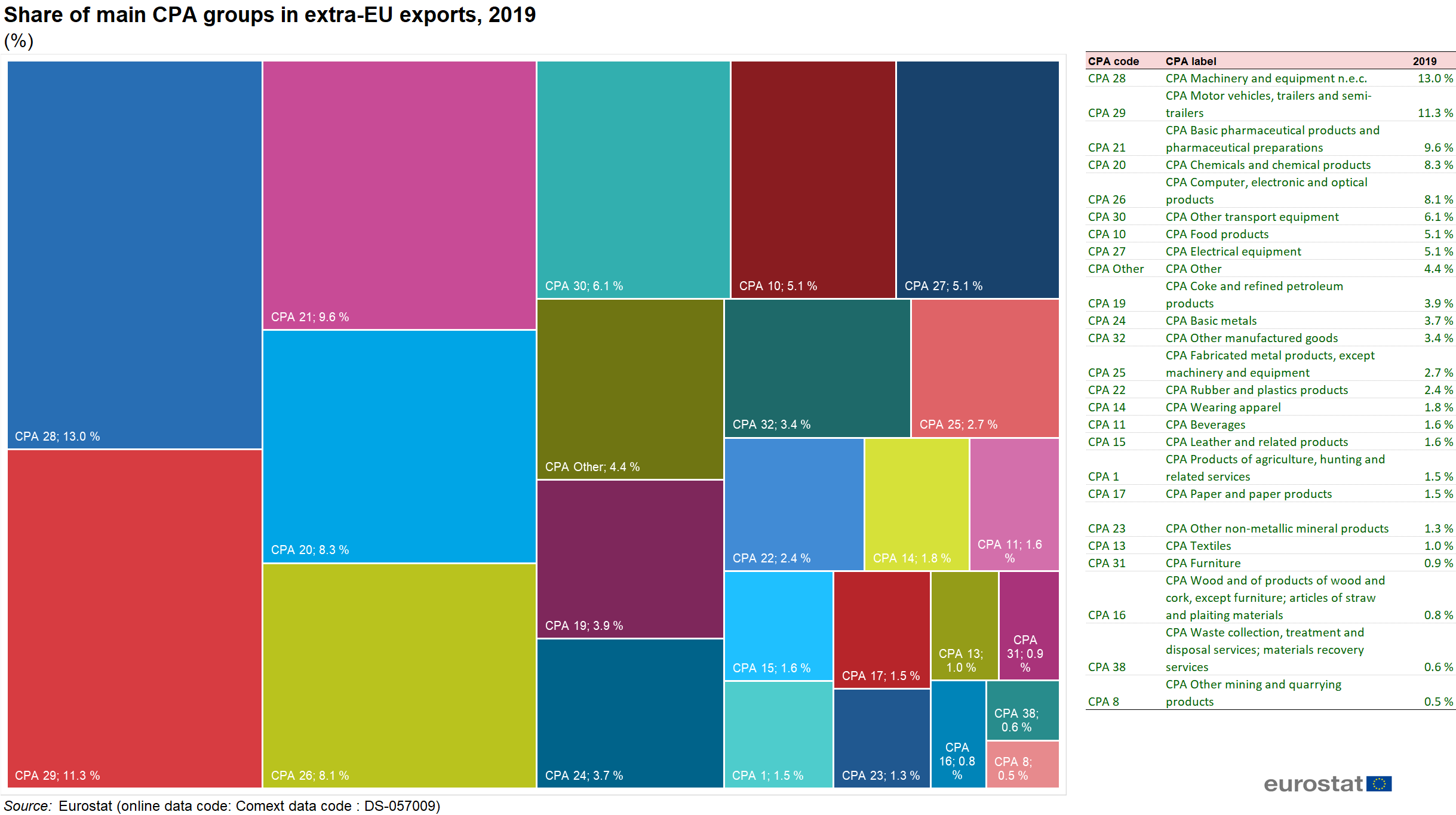 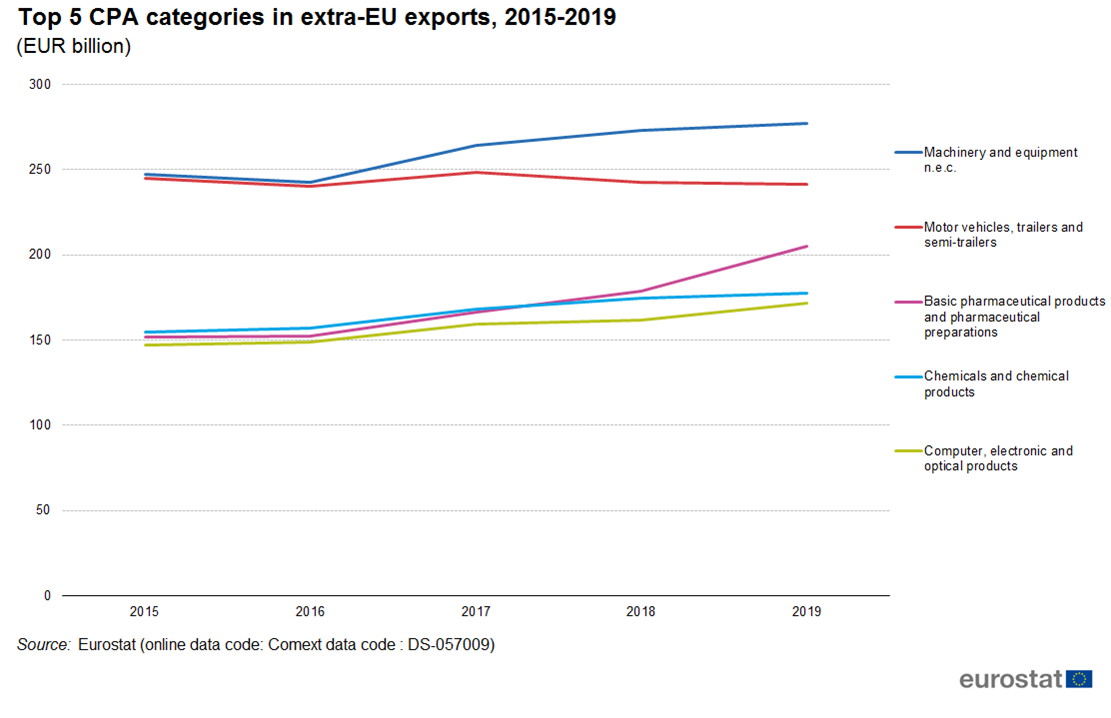 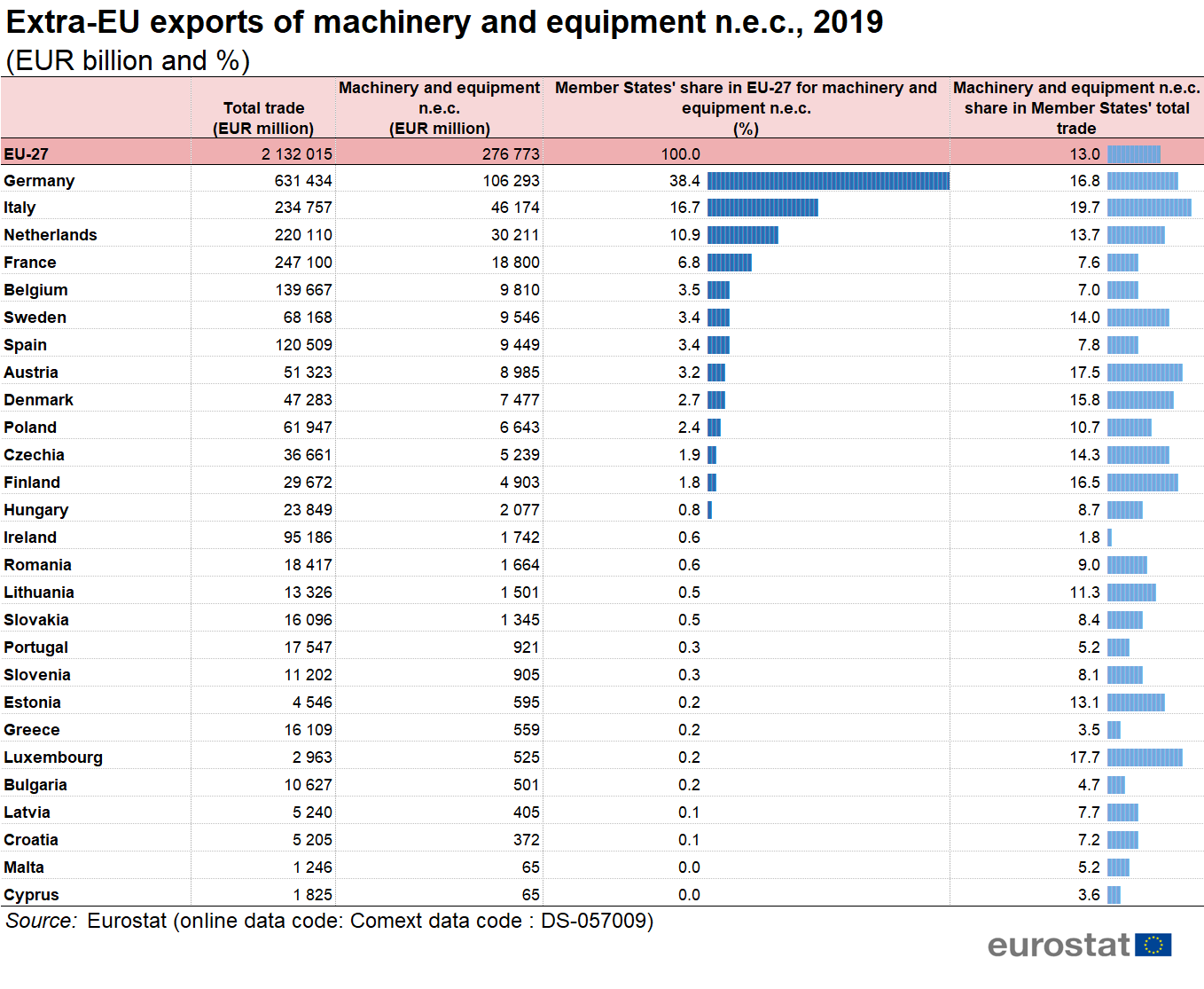 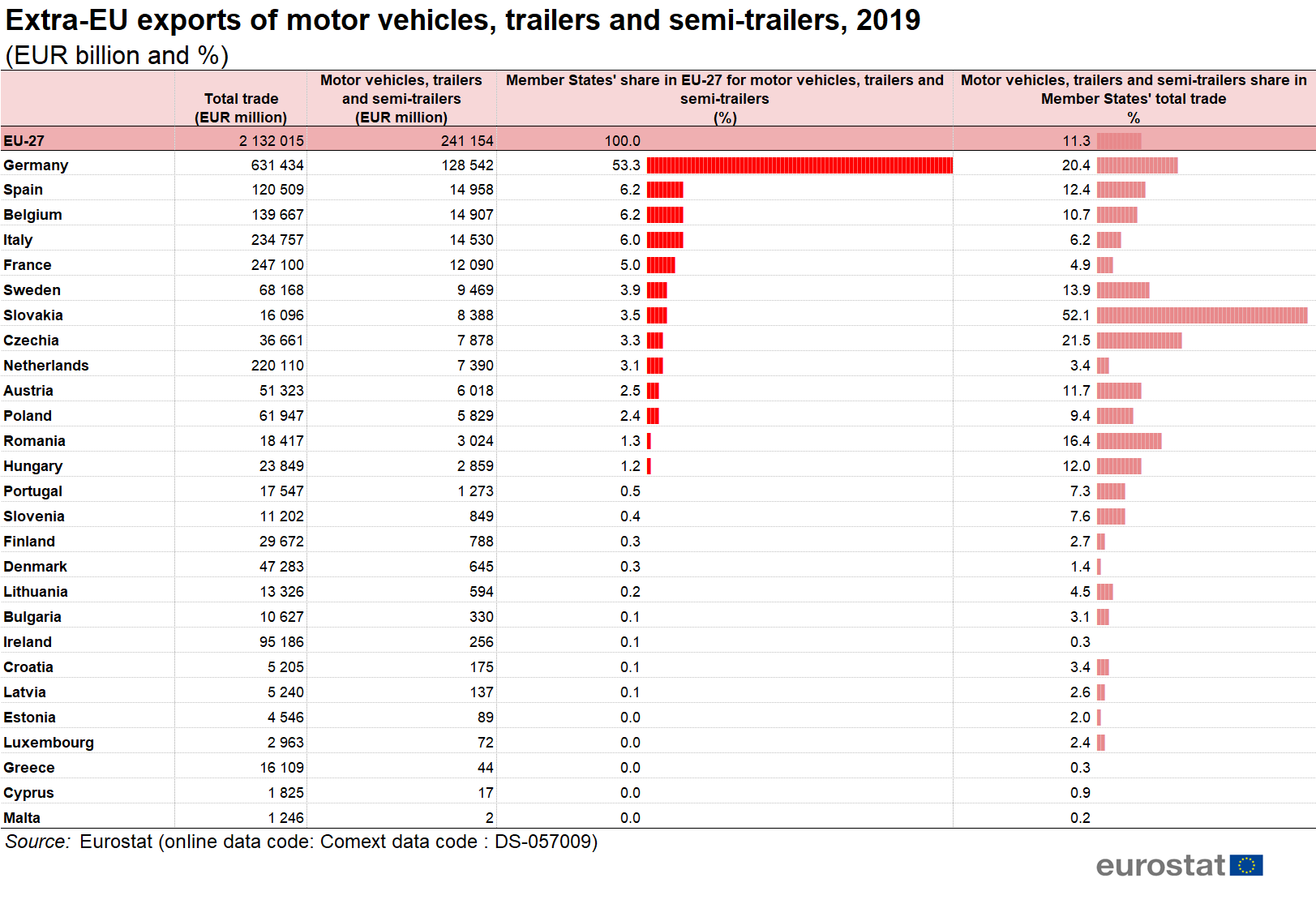 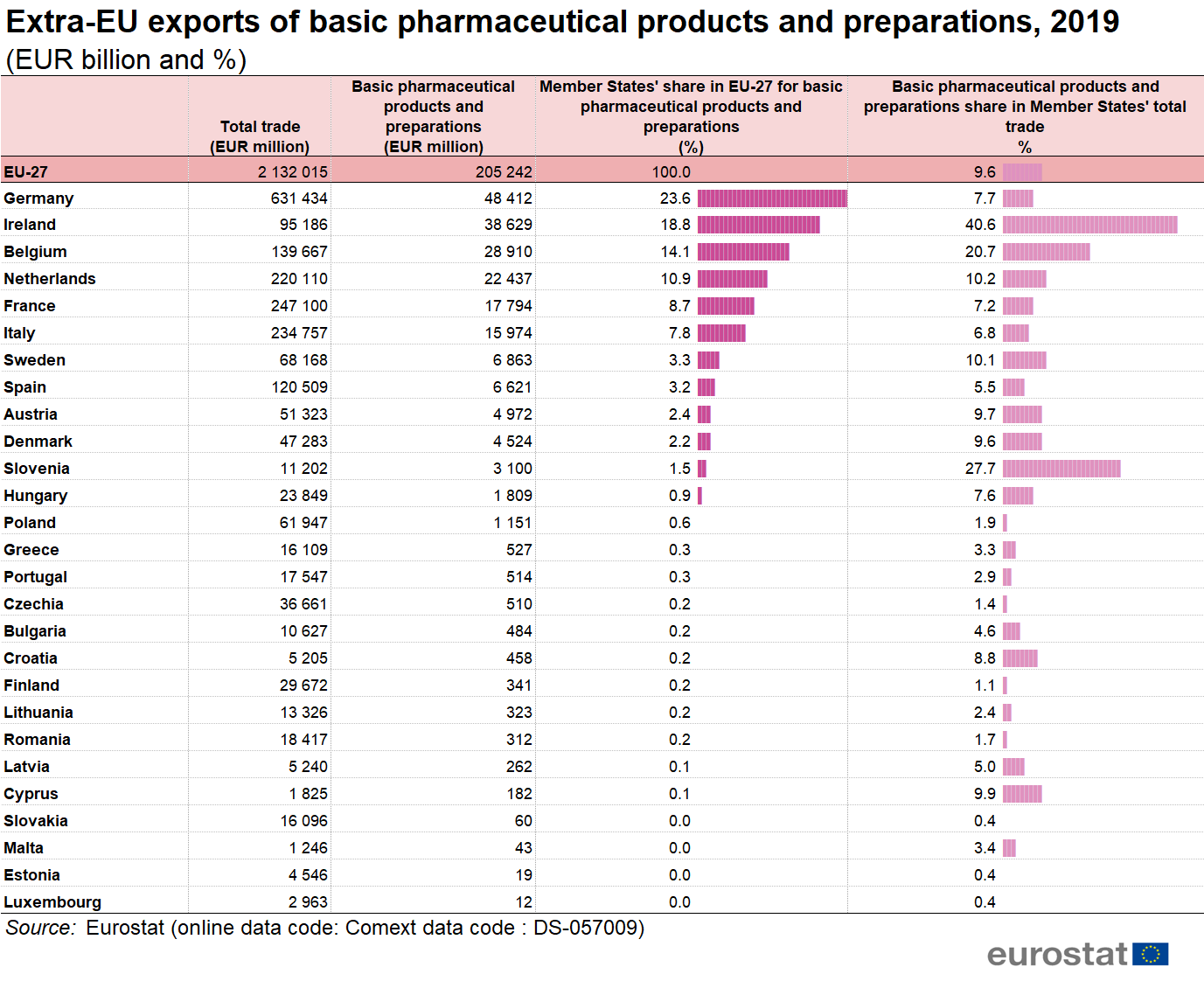 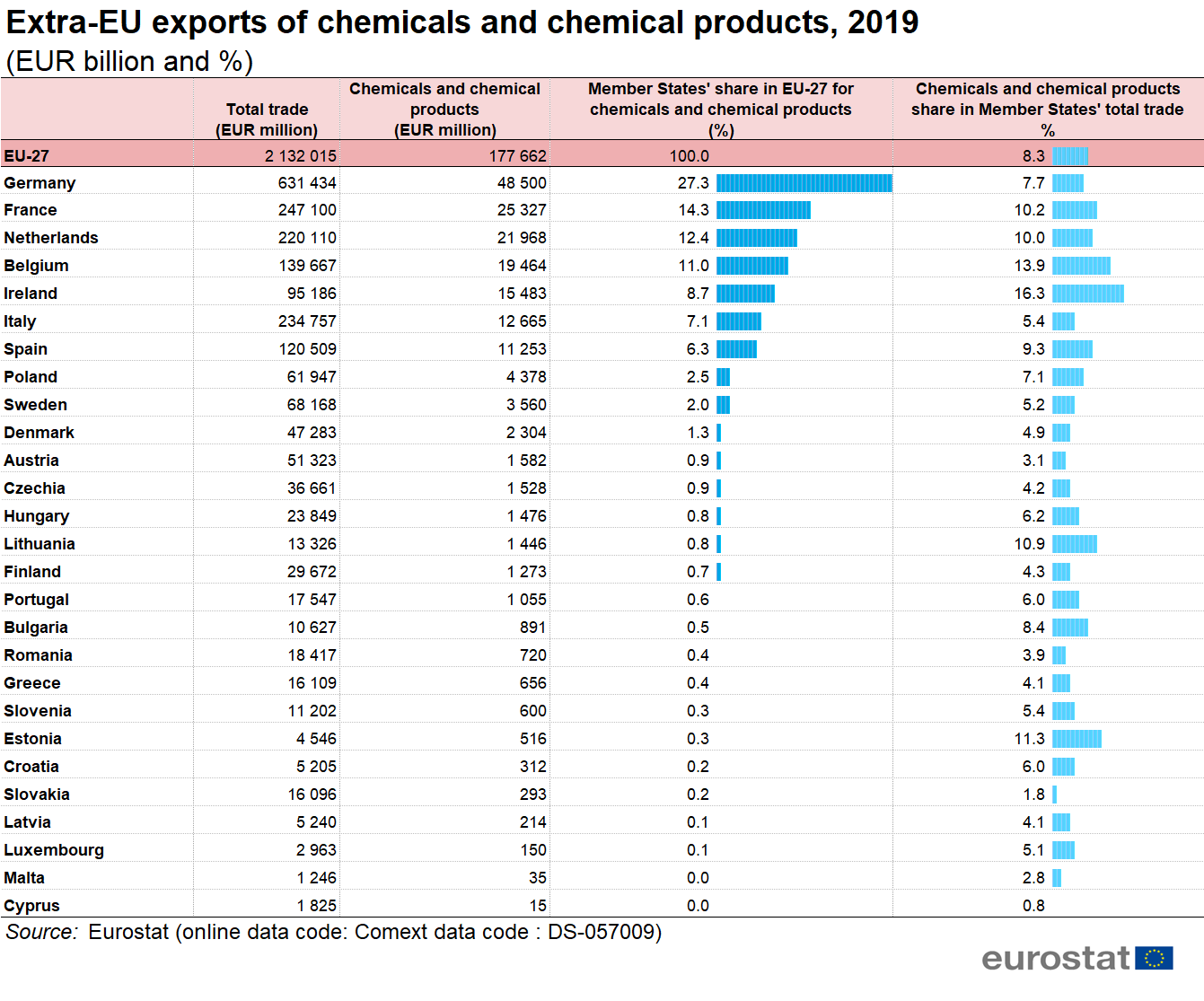 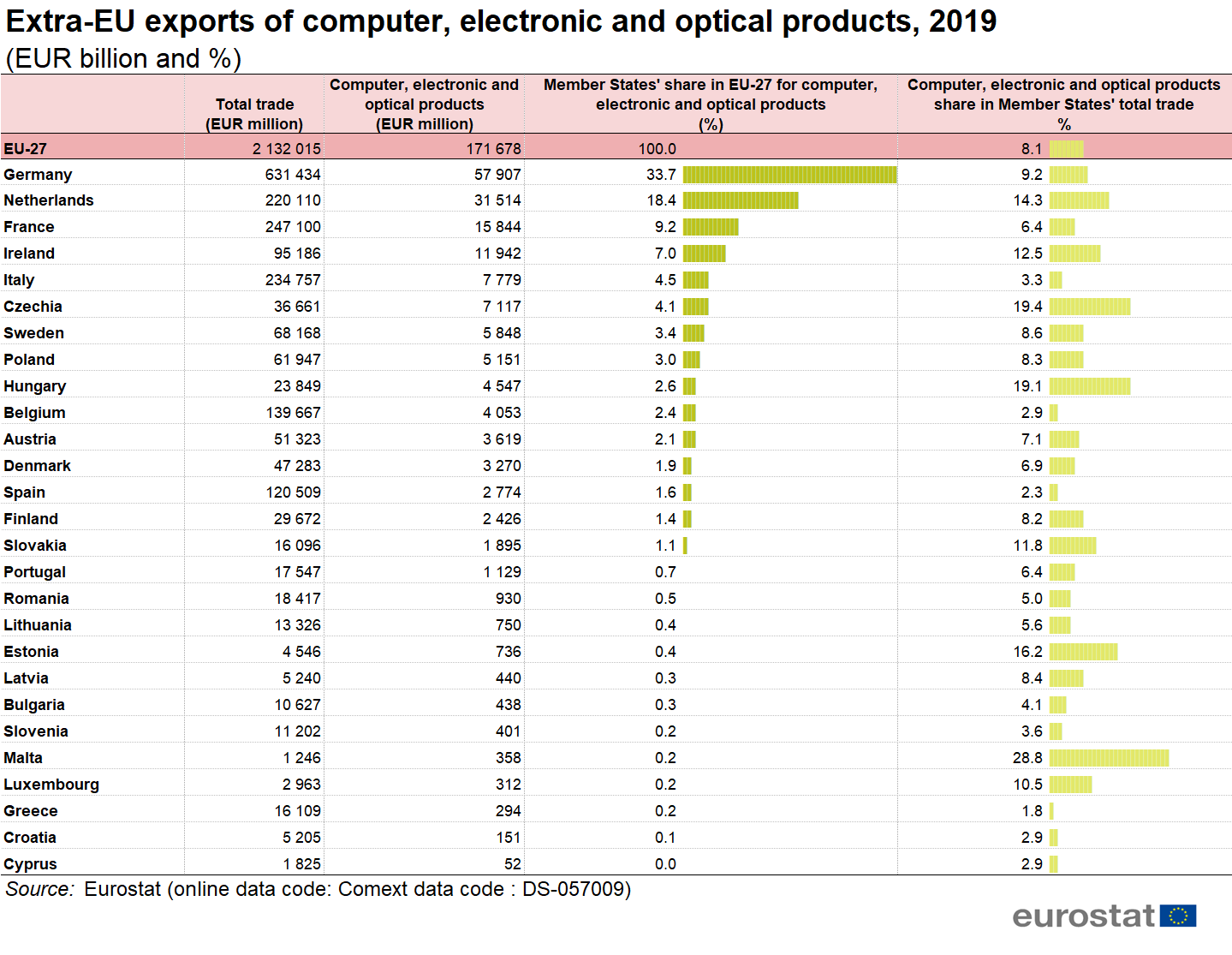 Trade values are expressed in millions (106) or billions (109) of euros. They correspond to the statistical value, i.e. to the amount which would be invoiced in the event of sale or purchase at the national border of the reporting country. It is called a FOB value (free on board) for exports and a CIF value (cost, insurance, freight) for imports.